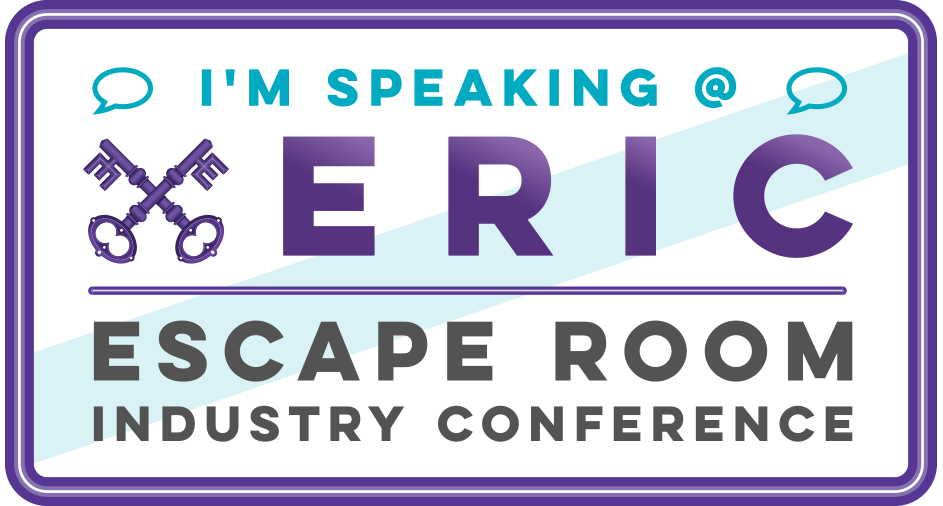 Firstly, apologies for the silence. Non-escape-room life has been busy, and that’s meant the blog has had to take a bit of a back seat. The good news is that things are calming down and I’m hoping to start publishing again later this month (expect various reviews including a round-up of some amazing games in Athens!). First up, though, is ERIC, the UK Escape Room conference that’s taking place on Monday and Tuesday of next week. It’s been a roaring success in the build-up, with tickets selling out although, if you check out their website, they do seem to have one left at the moment.

This will be my third occasion presenting at the conference – this time I’m geeking out with statistics from across the industry, highlighting some of the data from the enthusiast survey, Exit Games, various international sites, TripAdvisor and a survey of owners. I’ve also been lucky enough to have someone share some aggregated data from the last year, which may help answer some of the questions that regularly come up on owners’ forums.

I’ll be joined on stage by some of the very best in the industry. Skimming through the talks, there are lots that catch the eye. Here are some of my highlight for the two days:

And that’s pretty much it. Aside from the parties…

If you’re attending the conference, then please come and say hello. I’ll be there both days and, aside from the two sessions where I’m on stage, I’ll be spending most of my time chatting to attendees. Whether you’re an owner, a designer, a GM, a builder or, like me, a plain old enthusiast, I’d love to meet you and hear your take on escape rooms. Hope to see you there!