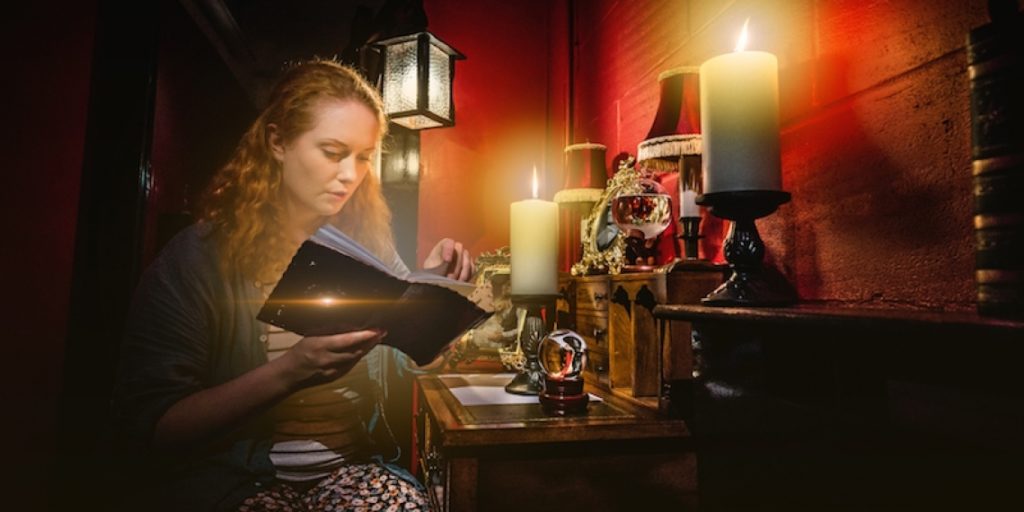 I first visited Lock’d way back in mid-2015, just a couple of weeks after starting this blog. Things have moved on a long way since then in terms of what a typical game looks like, and those experiences with relatively simple puzzles and decoration probably wouldn’t impress me in the same way now. They’ve had three years to move on from there, though, so I was keen to see what they’d learned.

The venue certainly hasn’t changed much in the intervening period. It’s worth leaving yourself a few more minutes to find the premises, because the Biscuit Factory (where Lock’d are located) is a huge complex with many buildings and several businesses in each. Soon enough, though, we’d made our way up the stairs to their venue and were warmly received by their relaxed GM and given our health and safety intro.

Once inside, we were delivered the story via a well produced video introduction similar to the online trailer. It’s amazing how much difference putting effort into something like that can make – it lends an air of professionalism that most escape rooms don’t come close to and gets the game off to an almost cinematic start. It was certainly an intriguing tale, but I found that it didn’t seem to shine through that much during the game. It’s not the only source of story – you’re told a little more during the game that emphasises you are in the home of a desperate man fighting with occult forces – but it felt that it stood apart from the rest of the experience.

First impressions of the set were good. Having played another game in the same space, some of the surprise was removed from the experience, but I was still excited about what lay ahead. As the game progressed, things got a little more hit and miss. Often, the set was very functional, with only just enough dressing to hint at the theme. In particular, you still very clearly see the underlying room in spite of the theming, which I found significantly affected the feel of the game.

That opening play felt like a tough introduction to escape rooms for first-timers, but I appreciated the pressure and the way they immediately allowed you to work in parallel on puzzles. In part, that toughness was caused by the quantity of clues, which obviously started to narrow down as we solved individual puzzles. For me, there wasn’t quite enough signposting in that opening section and, indeed, we ended up solving one puzzle more by accident than by design.

Thereafter, puzzle quality varied and never hit the same heights. Generally, I felt the game was logical, but at times we hit issues with our solutions. On one occasion, the solution involved an excessively tedious task where they’d put in additional steps for little benefit – they could easily have made it much quicker with just as much enjoyment for the players. On another, there was so little user feedback that we gave up on what we were trying because we were certain it couldn’t be right. Longer challenges have to take into account how players are going to feel halfway through and give them either a reward or, at the very least, some indication that they’re on the right track.

Another area where this game struggled was in the search element. There were detailed searches that I found tedious, searches that weren’t obviously finished and so produced frustration, and the finale search… This game finishes with you having to collect as much treasure as possible from the game. Within the story, that makes no sense. There’s no reason for you to have to collect the treasure in the game world, and so it ends up feeling more like a mechanic they’ve tacked on to the end of the experience to give people a little extra work. The real problem, though, is that it’s not at all obvious what constitutes treasure or when you’ve found it all. Rather than having a crisp ending to the game, it therefore peters out as you slowly lose the will to live and opt to just leave the room regardless of whether you’ve collected all the loot.

Our team of three finished in around 45 minutes having had a couple of clues.

After an impressive introduction and a solid opening set of puzzles, Alastair Moon lost its way a little. There’s no doubt that Lock’d have made significant steps up from the games they produced a couple of years ago, but they’ve also added more frustration, with the result that we found the overall experience to be weaker.

We played as a three, which was a good number for this game. If you go much beyond that, I think you’ll start to find yourself getting in each other’s way for a good proportion of the experience.

We ate at St James of Bermondsey, a pub which serves good beer (or so I’m told) and pies by Pieminister.