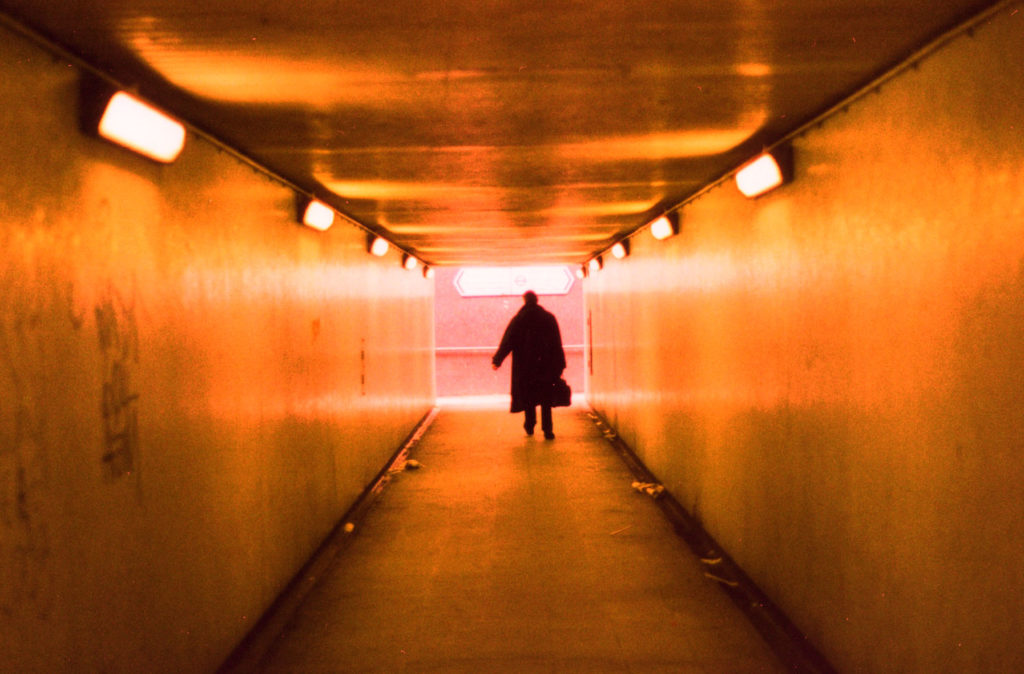 Having played Locked Amsterdam‘s submarine-based game on a previous trip to the city, we were keen to detour and pick up their second game, the Lieberman Conspiracy. That first experience had been an expansive game with an amazing set, although the puzzles had been a little hit and miss. What, I wondered, would they have learned in the intervening period?

Being a little outside the centre, it’s convenient to visit by car – you don’t have to fight your way into the heart of Amsterdam and there’s plenty of parking. It also means there’s a large airy reception for you to hang around in before and after your game. Perfect if, like us, you’ve only just found some food for lunch and are starving…

It’s a small detail, but there’s a cool entrance to this room. It doesn’t particularly fit with the story, but what it does is build some excitement about the game, giving you a sense that they’re making an effort with every detail to improve the experience. That was quite the contrast with what we found inside, however. While the room we were presented with fitted the theme of where the game started, it felt untidy and full of red herrings. As first impressions go, this was a disappointing one, but the decor improved throughout, so I’m confident that the start is very much a deliberate choice and not the result of laziness.

Before you go in, you’re warned that a part of this game can only be entered by a single person and only for a very restricted amount of time. That part is beautifully decorated – to the point that it’s a shame only one of you gets to experience it (although we all went and took a look afterwards). They’re clearly willing to put in a significant effort for very little return which, again, shows how much they care. It’s worth mentioning that we assumed we’d misunderstood the briefing when we got there, because it was earlier than we had expected and it seemed inconceivable that they were really only allowing a single person in given the effort they’d made.

In fairness, it does make another, easily missable, appearance later in the game, when there’s a fun communication-based challenge to complete. Disappointingly, while it’s clearly intended for two people to play, they’ve built it in such a way that one person can just about do it on their own. That’s a fault I see all too often in games, where a challenge can be circumvented by players with long arms or the use of reflective surfaces. Yes, it’s only spoiling it for yourself, but I still feel it’s careless design.

Careless design came up again later, with a colour puzzle causing a huge amount of confusion. There were multiple potential colour sources, all of which were hard to match against each other, and the guidance on ordering was weak. Add to that a warning which strongly suggested there was a limited number of attempts and you can probably understand why we got very, very frustrated.

That said, there were plenty of fun, on-theme puzzles with an overarching structure to the end game which would have been satisfying but for our lack of attention: we’d not listened properly to the briefing where they’d told us how many strands we needed to solve to complete the game…

It’s a strange room, because there’s a mission here which feels really cool and an attention to detail that at times is truly impressive. At other times, though, there’s a carelessness in design that really affects the experience. That hit us particularly hard in the endgame, which detracted from what would otherwise have been a well presented finish to the experience.

That’s all on Locked Amsterdam – want to read more about other local games? A link will be added here when the summary article is published at the end. You can read about other Amsterdam games here.