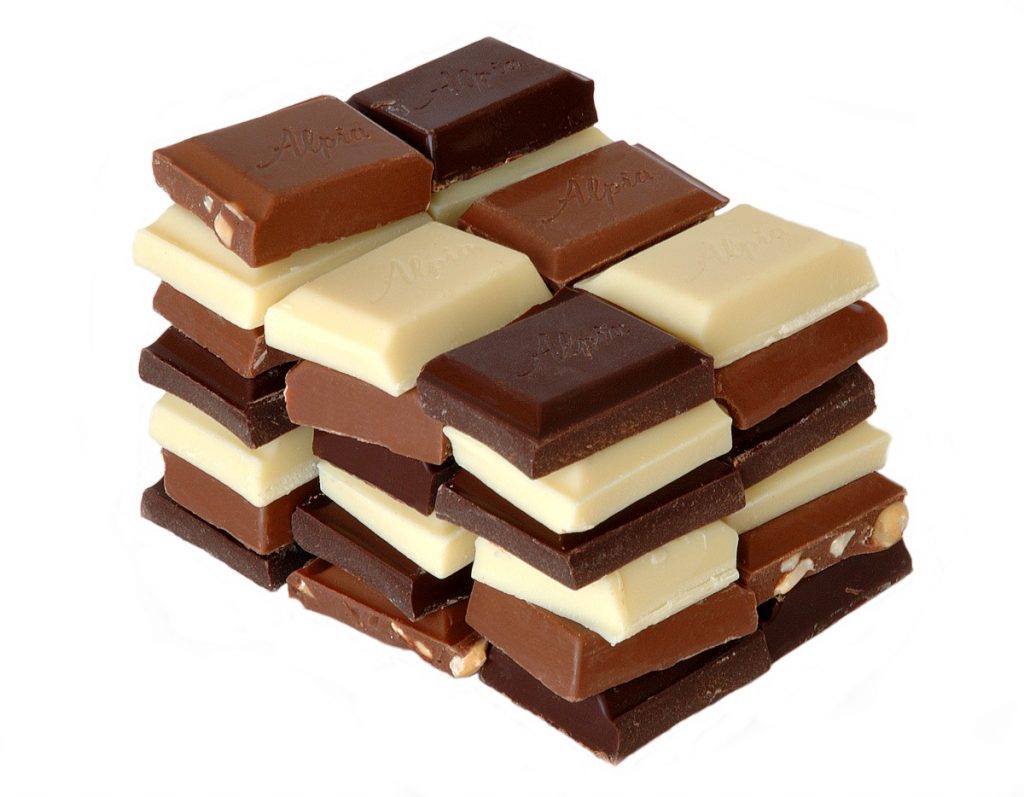 On a trip down from Manchester, we were looking for an escape room to break up our journey. Banbury looked like a good option, with the relatively recently opened Scramm Live Escape Rooms sitting close to the M40 and requiring minimal detour from our drive. They’ve got two games but, even on a warm summer’s day, the Chocolate Factory option seemed far more appealing.

It’s a smallish town, and the venue had the usual small-town escape room vibe of friendly owners running the games, with players who’ve played multiple games obviously a tiny minority. Even more unusually, we’d managed to come in under the radar. These days, owners seem to recognise our names just from the booking details, so it’s a refreshing change to be treated just like any other customer, and even better when that’s still a good experience!

After a quick welcome and disclaimer signing, our GM brought out some costumes to play the game in. I’m not a big fan of dressing up full stop and, to be honest, the prospect of an entire game in costume on a warm day filled me with dread, but you might as well get into the spirit of it and start that way. Better to take it off during the game than to suffer the wrath of your clue-giver by refusing to even put it on!

The world famous chocolate maker “Hollie Dolly Mixture” is at her wits end as she has forgotten the fantastic secret ingredient that makes her sweets and chocolates so adorable! Your team mission is to scour her chocolate factory solving all the puzzles and challenges to unearth this vital piece of chocolate heaven, help save the future of the factory and Miss Hollie Dolly Mixtures reign as the best producer of sweet treats throughout the world.

You have one hour to find the secret ingredient before all future chocolate orders are cancelled and Miss Hollie Dolly becomes just another statistic at the job centre!

Now, if there was one thing I really hadn’t expected, it was air conditioning. The room was delightfully cool, which was good because (a) it was a hot day; (b) we were in costume; and (c) we’d been told that we might find chocolate in the game. Things like that make me feel that the customer really matters, which is a great first impression.

It’s a relatively spacious room, with plenty of chocolate-related decoration. They’ve gone for a chocolate factory theme, although it feels like they couldn’t quite decide which route to take – in places it felt very industrial, in others focused on cooking but in a homemade way, in others it felt like the genuine end product, and in others it was almost cartoon-like. This isn’t the fully cartoony version of a chocolate factory that I’ve seen elsewhere but, if you don’t look too closely, it washes over you and it works.

You’ll find the game to be reasonably linear, which usually means that the most difficult thing will be working out where to start, but here they give you a clear pointer to the first puzzle. I don’t think that’s absolutely necessary in this case, but it’s probably the right decision given the large number of newbies they’re likely to see.

The game progressed with a pleasing variety of fun puzzles. A particular highlight was the inclusion of a few challenges that will appeal to fans of physical puzzles. They weren’t the most original in the world, and they didn’t always obviously fit the theme, but they were still engaging and highlights of the experience.

A couple of parts of the room used puzzle types that I’m not a big fan of, but on both occasions they’d made tweaks that made them more fun than is typical for first-time designers. In one case that meant extra clues to help point you in the right direction, while in the other they’ve taken a puzzle style that usually involves a bit of trial and error and chosen a good set of options to ensure that guesswork is pretty much eliminated.

The game finishes with you finding the secret ingredient of Hollie Dolly Mixture’s chocolate. They could easily have made that a dull padlock finish, but they’ve opted for something a little more interesting. It’s a minor detail, but it means that the whole team can see the final code being entered and adds a little extra suspense and enjoyment to the end of the game.

Our team of two escaped in 38 minutes without taking any clues. One was offered, but we held off just long enough to get back on track.

This was most definitely a feelgood game. Plenty of chocolate to go around, lots of silliness and fun puzzles. You’re not going to travel across the country to play but, if you’re passing nearby, it’s definitely worth dropping in.

I’d recommend teams of up to three enthusiasts – there’s at least one place where you’re likely to find yourselves slightly bottlenecked on one or two puzzles so, if you take more people, be prepared for the occasional slower period in the game.