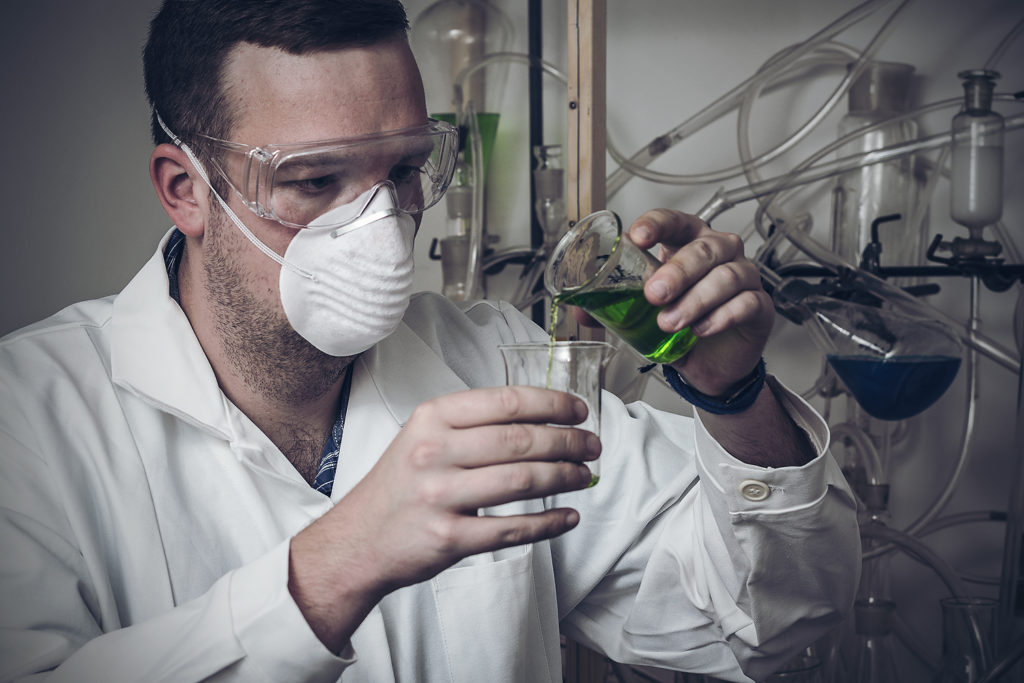 Coderoom is a small venue on the edge of Prague, far enough out that it probably gets fewer-than-average tourists but close enough that it’s perfectly plausible to nip out for a quick game if you’re in the centre. We played both rooms at the venue: Mysterious Laboratory and Mad Doctor. Both games had weak starts but were better in the second half. Mysterious Laboratory was a reasonable game, but Mad Doctor was somewhat ruined by being billed as a Harold Shipman room. Even without that tasteless choice of subject matter, though, I wouldn’t recommend it.

I’ve never played the Fallout computer game but, given I’ve now done three escape rooms loosely based on it, I feel I should probably put that right. Having said that, while Mysterious Laboratory may pay homage to it, I definitely wouldn’t consider it a rip-off. From a decoration point of view, there’s plenty of variety as you go through the experience, with each space contrasting significantly with what has come before. That isn’t just in the sense of decor, though: the puzzles are varied too, and I particularly appreciated the use of music at one point to help reinforce the theming. So the variety of decoration is good, but I found – especially in the middle of the game – that the quantity wasn’t. It became a little too cluttered, which resulted in a lack of clarity over what we should ignore.

The opening to the game comes at two different difficulty levels. While there’s no denying that the difficult option did make things harder, it wasn’t by adding puzzles but by making it more difficult to see/investigate things. For me, that didn’t add to the game at all, and I’d recommend taking the easier option. It didn’t last long, though, and we were soon able to get stuck into the puzzles unimpeded. Those initial challenges weren’t exciting but, the further we moved through the game, the more impressed I became both with the puzzles on offer and with the way they were structured.

The highlight for me was a maze style of puzzle that was far and away the most impressive implementation I’ve seen of what is usually a pretty tedious trope. Another puzzle brought together multiple challenges in a satisfying (if slightly temperamental) way; and then, on top of that, there was yet another puzzle that pulled together multiple parts of the room. I loved the way it was layered together which, with the open layout of the room, encouraged players to explore on their own.

Unfortunately, the last part of the game took the edge off the experience, with an answer that we understood but struggled to make work and which left us half-heartedly entering our final solution fully in the expectation that we’d made a mistake. It was a strange ending, because it felt like they’d done everything right to create a fun challenge in the latter parts of the game, and it seemed like the flaws in that final stage could have been rectified.

In truth, this game was ruined for me, before it even started, when we were told it was based on Harold Shipman, a UK serial killer whose trial and conviction I still remember. Games based on real-life serial killers, particularly from the modern era, make me deeply uncomfortable. In reality, that was entirely unnecessary, because there was literally nothing about the game that was related to that particular killer and, when I looked back on the website (to see why I’d chosen such a room), it turned out that the game isn’t based on him at all. There’s no reference on the website, and I can only imagine that they ill-advisedly chose a UK serial killer to try to make it more real for us.

So we were on the back foot from the start, and the first challenge didn’t help. It was a difficult start to the room where, under pressure, we effectively had to choose one or two people to take the lead while the others stood around feeling a bit… well, bored. It also made use of technology that turned out to be a bit temperamental, so at times we were all bored as we waited around for it to work again. Fortunately, it’s only a few minutes before you’re able to start the escape room proper.

Mad Doctor isn’t a room that you play for the set. In theme, it’s just a fairly bare doctor’s office and, while there were some props that looked good, they were in the minority. I don’t know whether it was the theme, the start or the looks, but I never really found myself excited about what was to come. At one point in the game, you have to make a choice. The way it was presented (at least in English) made it sound like one player would take no further part in the game. The fact that I volunteered to be that person hints at how I was feeling.

Fortunately, that wasn’t really the case and, from then onwards, the game picked up. The puzzles were a little more interesting and structured, if at times pretty macabre. One in particular stood out because of the way it made use of the medical theme but, in truth, the battle was already lost by then, and we were happy to see the back of their second room.

That’s all on Coderoom – want to read more about other local games? A link will be added here when the summary article is published at the end.