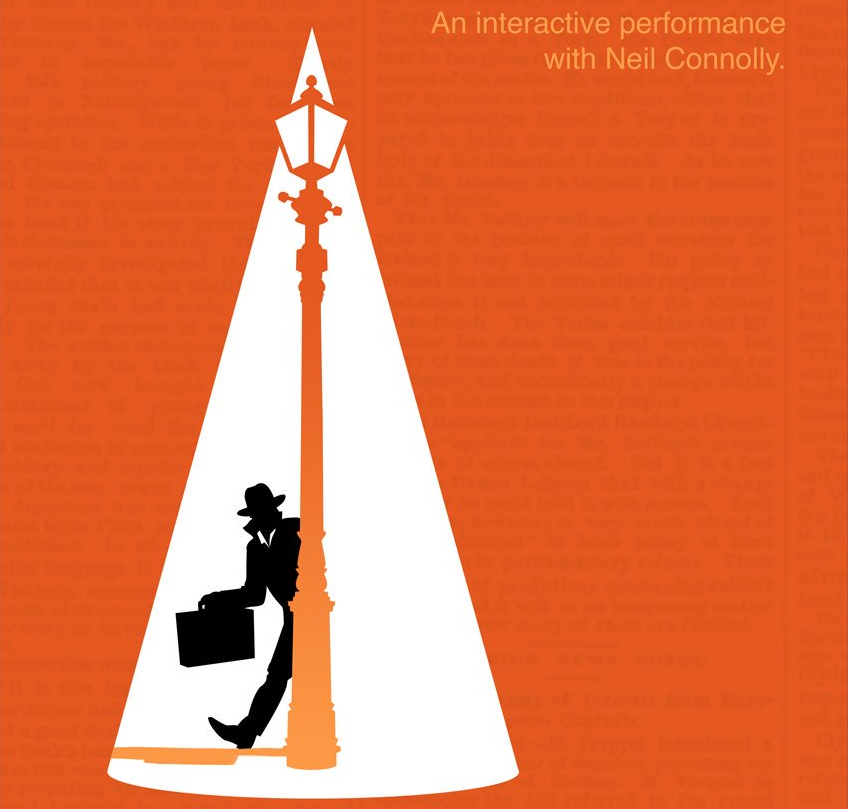 Every year, I find a couple of things that look interesting at the Vaults and head down to try them out. This time round, one of those experiences was Lamplighters, which appeared to be some sort of immersive gaming theatre event. Add to that a friend vouching for the central (and only) actor as being one of the most talented he knew, and I was sold.

It became apparent as soon as I entered the performance space that this was going to be less immersive/interactive than I’d expected, with rows of benches laid out and an audience of ~90 attendees eagerly gathered.

A ratio of one actor to 90 people doesn’t bode well for immersive audience participation, so I settled back to enjoy the experience as a viewer. However, it wasn’t long before I realised that, while there might not be depth of involvement, they’d made a decent attempt to get the breadth, with perhaps a quarter of the participants actively involved in the show itself to a greater or lesser extent.

In terms of narrative, it’s not an open world, and you don’t have much agency to determine what happens in the story. There’s clearly a plot to get through and, while the audience participants may derail it from time to time with specific interactions, you’ll soon find yourself back on the mainline zooming along.

The interactions were nicely gauged. Generally, you didn’t get picked on and had to volunteer instead. If you did volunteer, you’d likely only spend a minute in the limelight. I think that suited the audience well, with the majority quite happy to just live vicariously and those who wanted to thrust themselves to the forefront definitely getting their chances. One particular role gets more than its fair share of exposure so, if that concerns you, wait till you’re well into the show before volunteering!

The one disappointment was that Lamplighters didn’t really tell much of a story. I mean, there was a story, but such was the focus on having fun audience interactions that at times it was little more than a series of short semi-improvised sketches. Yes, there was a narrative running through all of that, but not one that really gripped me. That was especially disappointing given that the introduction to the evening had espoused how amazing the works of John le Carré are, so an enthralling spy trail would have been a fitting continuation.

Having said that, those vignettes were well created and regularly had the audience in fits of laughter. The real key, though, was Neil Connolly, the spymaster of the show who, as my friend had suggested, was most definitely talented. He’s an engaging, humorous and quick-witted actor and, truth be told, I suspect he could have taken the blandest of shows and made it a fun hour.

Lamplighters may not have been what I expected, but it was absolutely what I wanted. With strong acting and fun audience interactions, there’s plenty to be impressed by. The next time it makes an appearance, head down with a group of friends, drop yourself in the front row and, when you’re feeling confident, raise your hand and channel your inner James Bond for the task that falls your way.