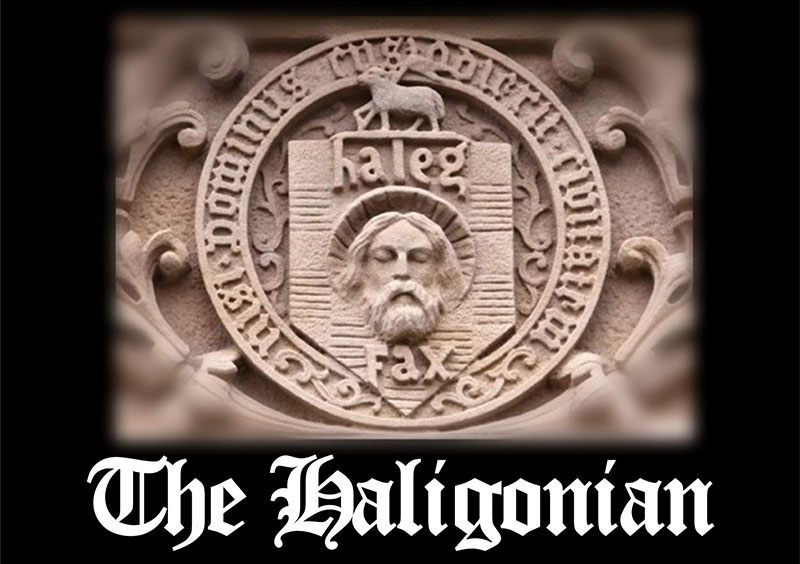 It’s not often that you come across a split-site venue with only two games, but the Escaporium is currently one such site. The first game on our schedule was the Haligonian, a room dedicated to all things Halifax-related. Their large site is just across the main road but this, their smaller location, is in the corner of the Piece Hall, a beautiful courtyard/building where local weavers would historically have sold their cloth wares.

The waiting area is small but big enough for their needs and, with an interesting set of shops to walk around beforehand, there’s no real need to turn up early. In fact, it’s worth mentioning that there are a whole lot of independent retailers dotted around the building, including a sweet shop that’s owned by the same people as the escape room.

Enter the newly discovered private Halifax museum of Mr. P. Saul and find out what he has been the guardian of all this time!

As you cross the threshold, you very much get the feeling that you’re entering a museum – or rather a museum in the process of opening up or closing down. There are display cabinets filled with interesting local curios and various props that appear to be packing cases. The contrast of the highly organised display cases and the strewn packing cases worked well to make the space a little more interesting than your average gallery/office. One shiny example in particular is bound to catch your eye early on.

There’s little here in terms of story beyond what you’re told on entry. Indeed, what this game is all about isn’t really the story line but working a variety of facts about Halifax into puzzles and the decor. Whether that’s a positive or a negative will likely come down to the individual – would you prefer to have a strong story crossing the room or pick up lots of interesting snippets? And no, I don’t think having both is plausible – that would be information overload.

The puzzles are also very much centred around Halifax, which means that there’s almost inevitably a bias towards observation. You’ll need to find plenty of information to make your escape although, pleasingly for me, they’ve not made it a room where you end up spending an hour reading.  That isn’t the whole game, of course – there are most definitely puzzles that have either no, or almost no, connection to Halifax, which has allowed them to diversify a bit.

It felt to me like this was on the tougher end of games, partly because you’re overwhelmed with information. Where some rooms might have a few props, this was packed full of Halifax memorabilia, and half the challenge was finding which pieces were parts of puzzles and which bits were purely for decoration. It wasn’t a linear game, so there was plenty of opportunity for you to feel a bit lost.

Not only did we get lost at times but it felt like the game lost its way a little bit too, with the Halifax theming becoming less prevalent towards the end of the experience and the puzzles consequently becoming a little less interesting. The finale in particular felt like it had the loosest of Halifax connections and, combined with a repetitive style of puzzle, made things start to feel a bit flat. Fortunately, there were a couple of twists that picked the game back up so that we still left with excitement on our faces.

We escaped in, I’d guess, around 40 minutes having taken a few clues.

The Haligonian is a charming room and perfect for players who are looking for something that’s perhaps a little more cultural and touristy than your average escape room.

With harder-than-average puzzles, it’s the perfect place to take along a slightly larger group, although be warned that it’s a relatively tough start with so much on offer to investigate. We took along four people which seemed a good number but even with five enthusiasts, I think you’d be fine.