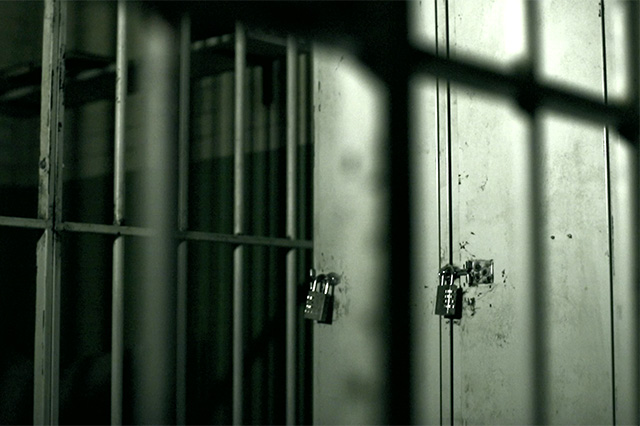 Adventox opened their doors way back in February 2017, but it took me almost a year to get my act together and book in to play. With two different games and two copies of each, it’s the perfect place for a larger escape experience, so I’d booked in a group of 12 to play a double header. It’s easy to get to – just a couple of minutes’ walk from the Tube – and, assuming you go to the right shopping centre, it’s easy to find. Just head up to the first floor of West 12 and it should be pretty obvious.

It’s got a nice-looking reception, with plenty of lockers, a couple of separate waiting spaces, a leaderboard and a space where the GMs work from. That last point is interesting to me because it lends a certain professionalism to the space – showing that they are fully focused on the teams.

The technical briefing on how escape rooms work was given out in the foyer before we headed off for a pre-recorded video introduction. It started off in a seemingly serious way but with a faux American voiceover, almost documentary-style. By the end, I was pretty convinced that it was deliberately laughing at itself (and the next room’s intro would confirm that for me).

Frisco, 1962. It feels like you have been locked up here forever, in Alcatraz, the most notorious of all maximum-security prisons. Never has anyone escaped from this prison alive. But with all preperations in place, tonight might be your chance. But beware: An opportunity does not automatically lead to success. Out in the bay, the tide is murderous and the sharks are hungry. You have to avoid the guards and keep a clear head to make your escape attempt a success.

What greets you as you take off your blindfolds is reasonably impressive. Prison cells are never going to be pretty to look at, but this felt more Alcatraz than most prison breakouts I’ve played, and it was certainly enough to carry the theme. True, there was nothing outstanding, but this delivered what it needed to: a couple of bleak prison cells.

Not only were the spaces reasonably decorated but the transitions between them had been carefully thought out to give players the best experience. I should give you one slight spoiler: if your group suffers from mobility issues, you should talk to Adventox about it before you book.

There aren’t a huge number of puzzles to Alcatraz, but I found them reasonably varied – including some physical interactions, observation, riddles, instructional stages and lots of searching. I have to admit that we really struggled in this room, but I didn’t feel the puzzles were particularly unfair. A couple felt a little tenuous, and in one place we needed a clue because we were too careful with the set, but generally it was just that we weren’t on song.

That was exacerbated by two things. First, the game felt quite linear – there was usually a specific challenge to overcome next and, if you didn’t work out what that was, you could easily be banging your head against a brick wall solving the wrong puzzle. Second, that shortage of puzzles meant that, when we did hit roadblocks, we spent a lot of time exhausting every possibility we could think of, so we ended up switching off mentally a little in the later parts of the game.

This isn’t a game that really tells a story, but there are some snippets in there to help make the narrative a little more three-dimensional. They’ve also done well with the cluing systems, with three separate ways to give us information. You have the vague echoings of a nearby prisoner to escape the prison cell, but they also had a couple of other mechanisms later on, one of which was particularly subtle and clever. With a relatively small number of puzzles, they tended not to jump in straight away and instead just left us to get on with things till we asked for help.

I wasn’t quite ready for the end when it came, but I did like that there was more to the narrative than just “escape a room”. For all that there was minimal story, the puzzles did try to stick to the mission, with the final step being to secure our way onto the ferry and home.

We escaped in 55 minutes having had around five clues.

Alcatraz is a solid game but not one that excited me. It looked reasonable, had good transitions, and the puzzles were reasonably logical, but the flow didn’t feel right – the broadly linear style and see-them-or-don’t puzzles left me feeling frustrated – and too often we ended up sitting around unable to make progress until we ran out of ideas and asked for a hint.

Four is probably the right number in this game. You could play with two or three, but I always find split starts work better with at least four to avoid piling pressure on the lone player. I’d stick to the same number for beginners.

We headed out to The Defector’s Weld for food. It was a reasonable option but a little pricier than I’d expect for good – but not stellar – pub food.