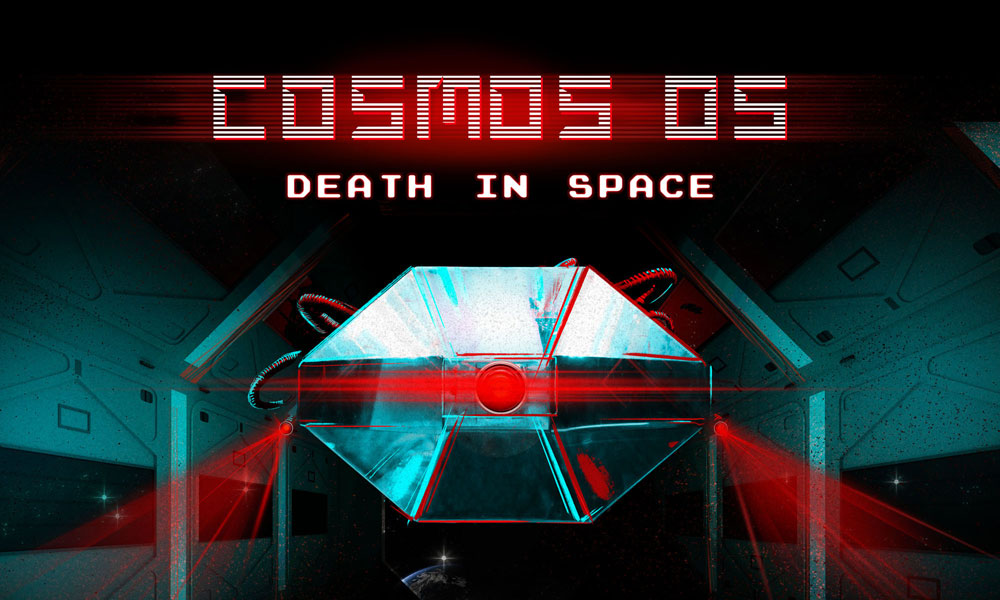 Escapepolis is home to a number of different games but, with just a few days in Athens, Cosmos 05 was the only one we had time to squeeze in. Its two-hour duration and reputation as a high-quality experience, added to an appealing sci-fi theme, had quickly raised it to the must-do category. Spoiler: that definitely turned out to be the right choice.

This room reminded me of another spaceship experience: Galactic Pioneers, in Prague. One of the criticisms I had about that game was a weak start that didn’t manage the transition from reality to the game world well. Cosmos 05 has no such problem, delivering a truly memorable beginning worthy of a great sci-fi game. You’re taken in blindfolded and, when the experience begins, it feels like an entirely natural introduction to the game’s universe.

Even better, the room looks absolutely gorgeous, so you’re drawn into the adventure right from that first glance. It isn’t a home-made kind of feel either but a professionally created space that gives the sharp, clean lines of a spaceship, and that quality is maintained in everything you encounter.

The challenges in Cosmos 05 are probably the most interesting part to discuss. It’s clear that a lot of thought has gone into the puzzles we encountered to ensure that they fitted into the game’s theme and weren’t tired tropes. However, I found weaknesses in several of them that left me a little disappointed. For example, the opening challenge involved something that was nicely thematic but, when we found out what we actually had to do, it felt like the quality of the puzzle didn’t match the quality of the implementation.

Similarly, there’s a cool mechanic that they use to inject adrenaline at various points in the game, but the “puzzle” element of it felt a little uninspired. It was a great addition because it added some excitement to the game – something that, as enthusiasts, we often miss out on – but that element took away some of the shine. Another example was a really interesting multi-layered puzzle that we felt was trying to be too clever and needed just a bit more signposting. This may sound negative, but I think that these moments stand out only in contrast to the high quality of the experience overall – there are still lots of good challenges here.

There’s a clear set of puzzles throughout the middle of the game that gives a sense of progress on the way to the finale. I can see some people finding that final challenge a little less “puzzley” than they’d like, but it fits well with the theme and drops you nicely into an end scene that adds to the story. It’s great to play games that don’t just end when you finish the quest but also wrap up the experience to give you a sense of closure… and, in this case, the hint of a sequel that’s still to come!

Cosmos 05 is a beautiful extended sci-fi game that manages to deliver a complete experience from start to finish despite a relatively small floor area. Add in regular bouts of adrenaline to keep you on your toes and a puzzle experience that was generally good, and you’ve got an impressive game that I’d highly recommend.

We played as a three and finished comfortably. While you can book with 2-6 players, I think three gives the best possible experience.

That’s all on Cosmos 05 – want to read more about other local games? A link will be added here when the summary article is published at the end.