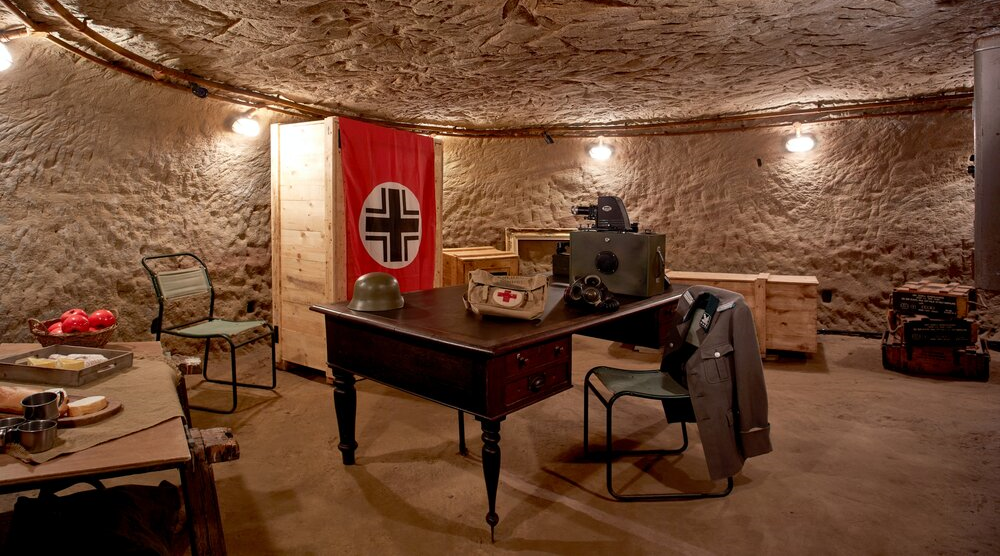 Cave Escape‘s unique selling point, unsurprisingly, is that their games are set in a cave. Given that setting, I was curious what theme they’d choose for their second outing. It seems a significant constraint not just in terms of the physical space available but also with the type of story that sits well against that stone backdrop. Monuments feels like the perfect choice, sending you deep into the Austrian mountains to retrieve looted artifacts before the mine where they’re hidden is blown up.

And the set more than delivers on that potential: it makes great use of the cave to transport you to the underground treasure trove with a real feeling of robustness and remoteness that is key to conveying that theme. It’s important to the telling of the story that you feel cut off from the world, and the impenetrable walls of the caves definitely deliver on that, with failure represented by the mine collapsing around you. It’s not just the set that transports you to the story, though. The game is broken up by video interludes which are beautifully integrated into the game to help set direction and expand the narrative. They even manage to keep them on theme – top marks!

Those interludes also serve to break up the puzzle content of the game, and there’s a distinct feeling to each stage. Sometimes it’s more exploratory, sometimes teamwork-based and sometimes just out and out frantic. Personally, I found there was more searching than I like to see in a game, but it felt fair, and it was good to see there was some signposting where necessary.

The puzzles themselves are generally good with fun challenges – a couple that involved physical interaction with the set particularly stood out for me. There were a couple that I didn’t like as much – I got hung up on one in particular that felt immersion-breaking in its use of technology given the era that the game was set in. I can imagine some teams not having an issue with that (and it’s possible our attention was more drawn to it because we were struggling to solve the, fair, puzzle) but, for me, a combination of humour and tech just felt out of place in what had been a generally serious game.

Monuments is a game targeted at a minimum of three players, but we played with just two. After struggling on a couple of parts, we just failed to escape in the standard time, completing the room in 61 minutes. I’d recommend taking three or four people along.

Monuments is a game with plenty of highlights, whether it’s the story interludes, the beautiful set or the feeling of being on a virtuous heist. Yes, there were a couple of moments where it fell short of the high standards it had set, most notably where the game broke the immersion, but overall it’s a great game that I’d recommend you head over and play.