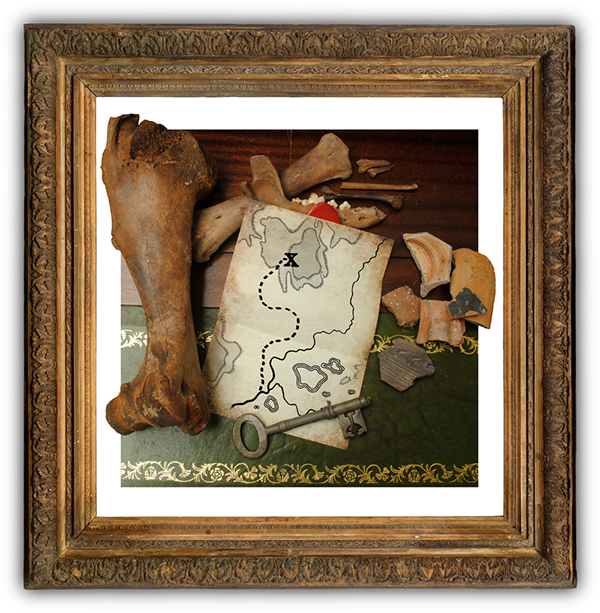 Swindon isn’t somewhere that I pass through very often; indeed, it isn’t really somewhere I pass through at all, so it took something seriously special to lure me over to that side of the country for just a single game. Fortunately, I’d heard great things about Co-decode, a company that recently launched on the edge of the town.

Based in an industrial estate in a huge building with a warren of door-filled corridors, there’s nothing on the outside that suggests the game is going to be anything special. In spite of the friendly greeting and comfortable waiting area, there was little to suggest that this was going to be a game that stood out from the crowd.

After stowing our belongings and choosing our difficulty level (more on that later), we headed down the corridor to the game, where we were given the final briefing by the owner – and where the story on the website is expanded to explain why you’ve only got an hour to escape. That was the first inkling that this game was going to stand out: a far better backstory than I’d expected and more “why” than I’m used to.

Despite travelling the world over to lead excavations, Oldervik usually finds time to keep in touch. However, it is has been almost six months since you received his last letter. Strangely, after enquiring at the Ministry it appears that nobody knows of Oldervik’s current whereabouts. All you can find out is that he had been tasked with locating and excavating the tomb of an ancient ruler. According to legend, the burial chamber contains priceless artefacts including a mysterious statuette, which the Ministry is keen to acquire.

When a letter from Oldervik finally arrives it is unusually short and to the point, requesting that you attend his study to look after his cats. As far as you know, Oldervik does not have any cats; something is definitely wrong. And so it is that you venture to Oldervik’s private residence in search of answers…

At first sight, you’d be forgiven for thinking that this was just another old study game. Yes, it’s nicely wallpapered with some pretty furnishings, but it is, at its heart, just an academic’s workspace, so it’s not going to knock experienced players’ socks off straightaway. It wasn’t long, however, before I started to realise why people have been talking about this game so much. As I rifled through the space, I started to come across beautifully created props and puzzles. It’s often the big centrepieces that blow you away, but in this game it’s the continuous attention to detail. Virtually everything here is gorgeous. It was like they’d taken each individual prop or puzzle piece and worked out how to make it as visually engaging and carefully crafted as possible. Even if it had delivered average puzzles, the production quality would have made it a great room.

I lost count of the number of times that I stopped to marvel at what I was holding in my hand, but it easily reached double digits. There were times when I called Mrs Logic across to look at the mechanics of the puzzle I was solving just because I felt that it wouldn’t be fair for her not to see it. Afterwards, I went back into the room to revisit all the curios that this game provided and marvel at their ingenuity and beauty. If you like physical mechanisms, you’re going to have a field day.

It wasn’t just the props and the mechanics of the puzzles that were impressive but the small-scale theatre that followed some of the solutions. While not feeling tech-heavy, this game wasn’t afraid to include tech where appropriate, and there were a couple of really nice touches that didn’t make a significant impact on the game itself but really upped the experience.

I said “even if it had delivered average puzzles” but, of course, it didn’t deliver average puzzles. It delivered great puzzles. They were clever, they were novel and they were well woven into the storyline. The weakest puzzles in this game would have been the strong ones in most other games. There was a small amount of observation and searching, as well as a fair amount of following instructions, but there were also a good range of puzzle types: logic, maths, decoding, physical interactions and pattern-matching to name a few.

I was particularly impressed by the use of colour, with clear, bold colours being used as well as a backup mechanism for anyone who might still struggle to tell them apart.

I can’t just talk about how great the game is, though – surely there were some weaknesses, right? Well, there was one puzzle with some maths in it that grated when looking across the rest of the room. There was a use of laminated card where parchment paper would have provided a more authentic (if slightly fragile) alternative. There was a moment when we received instructions over the clue system that slightly broke the immersion, albeit for good reasons. Usually, the weaknesses in rooms, even the good rooms, are obvious. Here you have to look much more carefully to spot them.

A great game should have a strong finish, and the good news is that this had the finish it deserved. It was clearly the end of the game, centred around the titular statuette, including a small amount of theatre and providing a nice sense of closure to the experience. From my point of view it was just what the game needed.

Co-Decode (or at least this game) is unusual in offering players a choice of difficulties. We chose the recommended option for our experience/team size, but I suspect we could have opted for all but the very toughest level and still escaped in the allotted time. In the end it took us around 45 minutes without taking a clue. Had we needed clues, they would have come via a screen with an interface designed to be as unobtrusive as possible.

If you’ve even skimmed the rest of the review, then you’ll know that you should play this game. It’s one of the very best I’ve come across in the country, easily making its way into my top 10 UK games.

If you’re an enthusiast, I think you’ll be fine with a couple of players but, with the range of difficulty levels, I think you can go along with just about any number of people and find the game both challenging and engaging. Maybe avoid the maximum number of enthusiasts for the optimal experience, though.