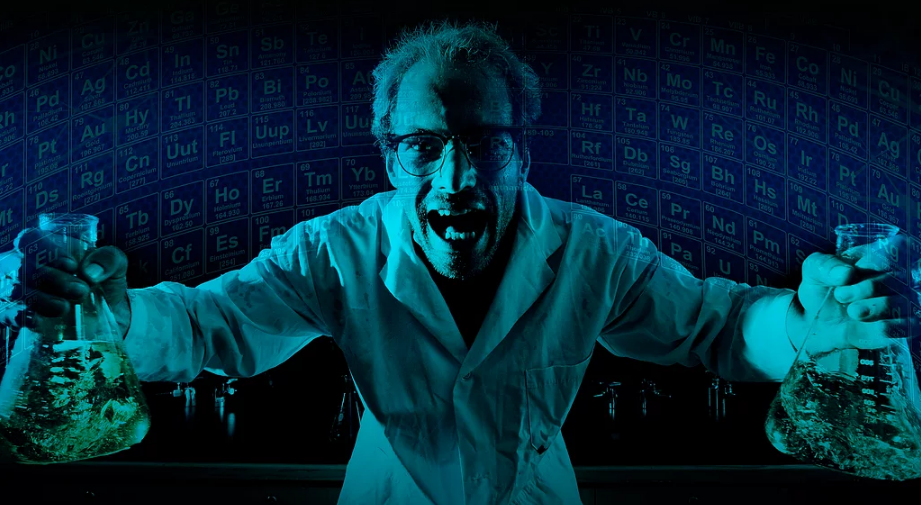 Having played in Cyantist‘s original Bournemouth venue earlier in the day, I was keen to find out if they’d make significant steps forward when opening their second premises. The Southampton venue is in a more central location – just above the high street – and seemingly has much more space than their original one. We’d opted to play their Crystal Maze room, which I’d heard was a particularly unusual game.

That was confirmed as soon as the briefing started: we were aiming to collect eight crystals but several were to be found in mechanisms that required us to get the correct answer first time. Failure to do so would mean losing the crystal forever and, in my head at least, failure of the room. Scary!

It’s not a classical escape room or the TV show, you are in a room with plenty of puzzles and logic games, you have 60 minutes to solve them, but I can guarantee, that there are much more puzzles inside, than you can solve in that time. The goal is to solve them and collect Crystals as much as you can. You will need a big variety of skills to prevail in this room. At the end we check how many Crystals you collected, then you can go on the leader board if you were good enough!

You’re not going to be wowed when you enter this game. You may be intrigued by what’s in front of you, but no attempt has been made to jazz up the room or indeed to add any sort of theming. This is an out-and-out puzzle game with no pretence of a story to back it up. To be honest, though, I had no problem with that – I played the White Room in Budapest and loved it. Here, the driver for the game is collecting those eight crystals and, while I wouldn’t want every experience to be like that, it’s more than enough for the occasional game.

Since those eight crystals are obtained via independent puzzles, this game is about as parallelised as they come, right from the start. With such a clear structure, we immediately scattered across the room and started to investigate specific puzzles. I love the independence of that, but it does mean you’re likely to miss out entirely on big chunks of this game. There are a couple of elements that I never came close to seeing, and that was probably even more true for other players on the team. The flip side of that is that the easy challenges get whisked away at the beginning, and you slowly come back together as a team later in the game to tackle the hardest puzzles in the room. Assuming they don’t turn out to be physical puzzles and that there is therefore scope for discussion, it’s a nice way to finish up.

The puzzle quality varied hugely, with some being actual paper puzzles (and really horrible ones at that!), others being cool physical puzzles and the rest fitting somewhere on the continuum between. Those physical puzzles were probably the highlight of the room, but the one I chose first turned out to be the absolute depth too. They’d taken what was a pretty standard paper puzzle and converted it to a hands-on challenge that required accuracy. With only a single shot at the solution, it was a high-pressure situation but, using another player to check my steps along the way, I painstakingly went through the process, confident in my solution. And then I failed. I was utterly confused – there was no way I’d made a mistake, and yet the first crystal we’d attempted to get had passed out of reach.

By the time we’d got the GM’s attention for help, I’d realised where the problem lay – a part of the prop had moved from its original position (before we’d started) and there was no way the puzzle could be performed correctly. It was obvious from the prop what the problem was, but it still took a couple of minutes of arguing to get him to relent and give us the crystal. It wasn’t a great way to start the game.

Two of the other puzzles were genuinely hard. Like “some people won’t be able to solve them” hard. That’s surprising in an escape room, but it fitted the mindset of this game. Both were based on puzzles you might play on your phone, with one of them recreated in wood and the other running on a tablet.

Finally, there was a set of (science-based) riddles which you would be unlikely to be able to just work out and so effectively required external knowledge. We got them right, but I still resented their inclusion in the room.

The crystals were a great way to measure our progress, and it was genuinely exciting each time we added one to our collection. There’s no single finale to the game – you can retrieve the crystals in any order – but in some sense the whole game is the finale as you slowly eliminate the crystals and home in on whatever turns out to be your nemesis puzzle.

We escaped with all eight crystals after fifty-two minutes.

The Crystal Maze is designed for people who love science and logic. I love both, and I did have some fun, but I also found a lot of frustration in the room. The difficulty level is evil – there are several puzzles that some people just won’t be able to finish. I wouldn’t generally recommend that people play it but, if you’re the sort of person who really likes to pit yourself against tough science/logic challenges, doesn’t care about a lot of rough edges and can amass a team of like-minded people, then you may want to give it a go. I don’t think you’ll love it, but you may find the experience interesting.

We played with four people, which felt right for this room. Any more than that and we’d have been fighting over the physical puzzles. Any fewer and it would have got incredibly hard.