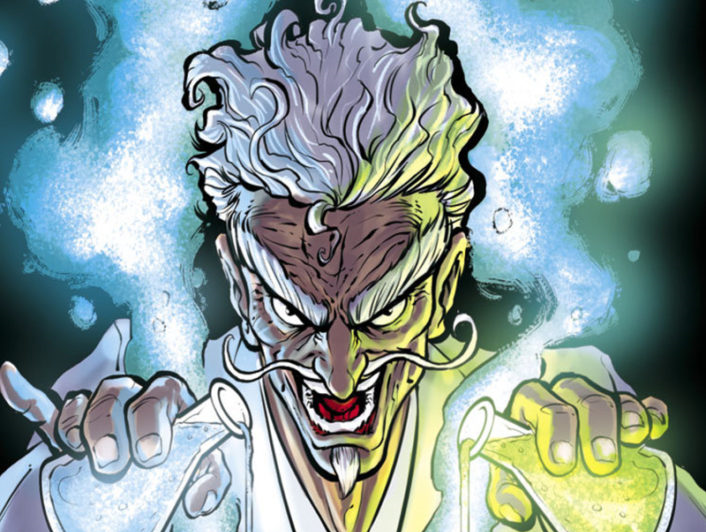 After a mediocre experience on our last visit to Escape Game Brighton, I was curious to see what their new games would show. They’ve retained their original venue and themes, but they’ve entirely revamped the rooms to create sequels for each of their two previous scenarios (and, for the avoidance of doubt, these are genuinely new games with no noticeable overlap other than being in the same spaces).

First impressions in the room weren’t inspiring. It looks tired and certainly isn’t a pretty space to spend time in. While there were plenty of items on show, it felt like the sort of room that wouldn’t offer much beyond what you could see – no sense of exploration or discovery aside from unlocking the odd container. Similarly, there’s no story development – this is pretty much a puzzle room with a small amount of theming.

It soon became clear that the central component to the game was a set of parallelisable puzzles that would merge to take us into the finale. That worked well, because it allowed our team of three to split up and investigate the different challenges. The way those initial puzzles were presented wasn’t always the prettiest (it’s the kind of game where you can expect to see marker pen clues), but they were generally enjoyable, straightforward and logical. Once we’d worked out how they fitted together, we had one puzzle from the set left to solve, which I was pretty damned excited about. It made use of physics in a genuinely cool way. Physics that most people won’t have much cause to come across but which is incredibly surprising. I was super-excited.

My excitement levels soon dipped, though, because the puzzle was horribly ambiguous in several different ways. It heavily relied on human accuracy, there were at least two possible interpretations of what you had to do, and it wasn’t clear whether an example they’d given was part of the answer or purely an example. Oh, and even if you did all that correctly, you were left with a choice of two ways to use the output. I describe that as the matrix effect. Each one of those would have been a minor blip that would have seen us trying two or three different answers but, put together, it created a matrix of possible outcomes which was painful to cover.

To be honest, I barely even registered the finale. We had been told what the ending would be at the start of the game but, even when we reached that point, we weren’t sure if there was still another step to go. It was decidedly lacklustre.

We escaped in 25 minutes, eventually taking a single clue rather than iterate through every possible code for the ambiguous puzzle. Bear in mind that we wasted half our time on that single puzzle…

This didn’t significantly affect our game, but it’s worth noting that they have one GM between three rooms. While our GM was pretty good at cluing teams quickly and efficiently, if you have three struggling teams, I can imagine things getting pretty bad towards the end!

The core of this game was OK, but it fell apart when the coolest puzzle was utterly ruined by ambiguity. Sadly, nothing else in the room was really up to the same standard – the set was weak, the story non-existent, the GM situation bad, and the puzzles merely OK. There are plenty of good games in Brighton, but this isn’t one of them. If you’re going to play at Escape Games Brighton, then Secret Agent: The Black Box is definitely the one you should choose, but I’d point you in the direction of Bewilder Box, Pier Pressure or Handmade Mysteries first.

If you do head along, then it’s very doable by two, but be prepared to escape in less than half the time even if you get pretty stuck.