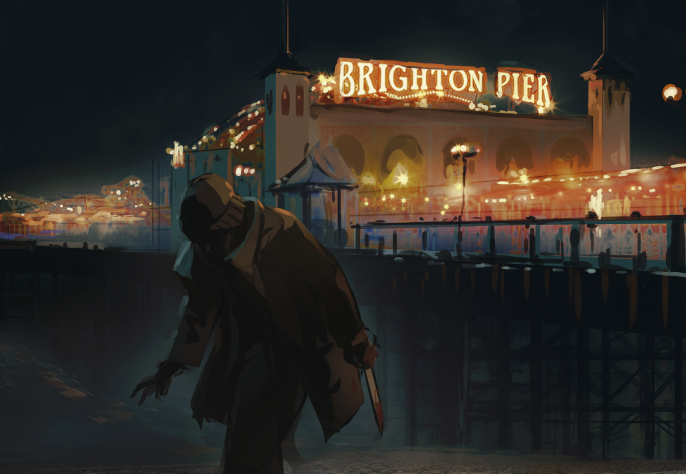 Another game, another sequel. This time we were taking on Brighton’s serial killer before he could strike again. We’d finished our previous game at Escape Game Brighton early, so we’d headed out rather than hang around in the waiting area. That reminds me of two things that are worth mentioning: first, that the GM offers clues from the waiting area so, if you turn up or leave while someone is playing a game, you may get spoilers. Secondly, that you can end up waiting five or ten minutes outside the front door if you turn up early – there’s only one GM for the whole venue, so there’s no one to let you in when they’re busy.

As with their other game, it’s a pretty uninspiring start. The room looks tired, although there’s a little more of intrigue to investigate here. It’s certainly not what I’d refer to as an expansive game, but it did feel like there was a far better sense of discovery than in Mad Scientist.

The big issue was that it was dark, which made things a lot less fun. A couple of the puzzles are observational, and they were obviously severely hampered by the poor lighting but, ironically, another puzzle was made hard by bright lighting. I suspect that’s part of the reason the room is quite so dim, but there are other ways of making that puzzle possible without leaving us in semi-darkness for the entire game.

One thing that does impress me in Escape Game Brighton’s rooms is that they always seem to have at least one puzzle that’s far above the simple code and padlock of the rest of their game. This time it was a physical puzzle which looked like it would be a lot of fun. Unfortunately, constrained access, poor construction and a couple of other factors conspired to take a lot of our enjoyment out of it. It’s a shame, because I like that they don’t just palm you off with the simplest of experiences.

While the puzzle leading to the end of the game wasn’t that amazing, they’d certainly made some effort. I liked that they’d dressed up the exit in a way that added a little more ceremony to our departure.

We escaped in 40 minutes and took a clue to get past the puzzle we struggled on because of poor lighting.

Murder at the Pier sits firmly in the middle of Escape Game Brighton’s offerings. Most of the puzzles are reasonable, but it’s not exciting. The puzzles that should have been the best were let down by their implementation. The GMing situation (shared between three rooms) isn’t good, and the decoration is lacklustre. If you’ve not played every other game in Brighton, then I’d recommend heading to one of the other venues instead.

We played as a three, which worked fine.