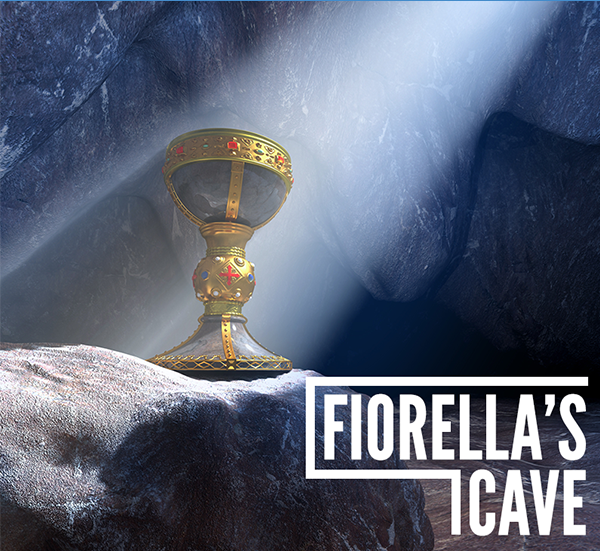 Exit Newcastle has been around a long time, first opening in early 2015 and quickly expanding to three games with a long pause before opening their fourth permanent offering, Fiorella’s Cave, in 2018. The two games we played were split across their two sites, with Fiorella’s Cave on its own and Volatile Laboratories co-located with the other two.

We enjoyed both experiences. Volatile Laboratories was fun but perhaps showed its age a little (in theming and puzzles, not in its state of repair). Fiorella’s Cave was a far better game but fell down on a couple of weak puzzles and an overly long instructional stage that meant I felt I was being told what to do more than solving a puzzle.

There’s a short briefing to this game from the GM, but the majority of the intro comes inside the room itself and is nicely on theme. It’s a great start that dramatically throws you into the experience and creates a fun context within which you’re playing. Inside the game proper, the decoration is of a high standard, giving you the feeling you’re inside the titular cave. Without a doubt, the decor is some of the best in the area and the clear standout of the game.

The mission and story don’t really change after that opening intro, but they do manage to paint a picture of the main character’s travels around the world through the props and some of the stories that you encounter. They’re not relevant to the gameplay, but they do make the experience a little more three-dimensional.

In most games, I have a decent sense of how we’re doing in the room, but I really struggled here. Does that matter and, if so, is it the game’s fault? It certainly mattered in our case. We looked at what was left of the game and asked for a clue because we seemed to be desperately behind. The rest of the game finished very rapidly (well, it did for us), whereas the beginning had had a lot to do in a relatively small space. That made it incredibly difficult to judge our own progress and, with very little else to go off, it was natural to think there was still a fair distance to go. As an aside, that small space got quite warm with just the two of us so, if you take a large group, be warned that it may get a bit stuffy at the start!

The highlight of this game from a puzzle/challenge perspective comes early in the experience, but it felt a little too instructional for my liking. If you’re somebody who purely wants to be pushed logically, then I think that opening sequence may put you off. For me, there was enough puzzling to be done afterwards to make up for it. Sadly, a couple of those puzzles really disappointed us – one felt like it was looking for more precision than was reasonable given its construction and, to make matters worse, it was pretty tedious to perform.

A second puzzle really grated on me because it felt like too much information was given in one big chunk but then a couple of other tidbits were hidden separately. That imbalance left me lacking in confidence as to whether I’d really understood what we were meant to do. I suspect that there was a time when the pieces of information were more spread out but they had decided to simplify the puzzle.

Throughout this game there are cool transitions between spaces, with engaging scenes continually pulling you forward, and that’s as true for the endgame as anywhere. The final few puzzles are ones that you can really zoom through and, at least for us, there was a frantic feeling to the finale that saw us rushing out the door to freedom.

We escaped in 52 minutes with two clues. For significant swathes of the game, you could divide and conquer, but at other points there were some significant bottlenecks for teams of more than two people. Given that, I’d recommend taking along a team of three or four. More than that, and I think you’ll feel too crowded, especially at the start.

Volatile Laboratories starts with a very hard-to-hear audio track that explains your mission. Fortunately, it’s a very straightforward room, so it’s not the end of the world if you can’t understand the briefing: they’ve released poison gas and you’ve got sixty minutes to escape before you’re overcome. Similarly, the set is pretty simple – it works, but it’s not exciting. You can tell that they’re trying to confer a science lab feeling. but there was little that truly sold the science parts to me other than a couple of pieces of equipment and a few science samples.

Most of the puzzles were pretty standard escape room challenges, which perhaps isn’t surprising given this is a four-year-old experience. That wasn’t true of everything, though. I particularly liked an unusual physical challenge that required us to think outside the box in a satisfying way. I also liked how they’d chosen to signpost it – enthusiasts should definitely be able to work out what’s required, although I suspect most newbies will struggle. At the weaker end of the spectrum was a tech-based puzzle that would once have been cool but had clearly been broken, and the fix made it significantly less cool to look at.

In fact, there was some cool tech in the room that will likely excite newbies but which enthusiasts will be ambivalent about. One area where they deserve bonus points is where they provided two copies of one particular prop so that multiple players could get involved. There’s nothing more frustrating than watching on while one teammate does something fun.

We escaped in around 45 minutes having taken a single clue because we forgot something that we’d previously found. Sigh. The game worked well for our team of two, but I’d have no qualms recommending this for teams of three enthusiasts. Much bigger, and I think some players will feel a little sidelined.