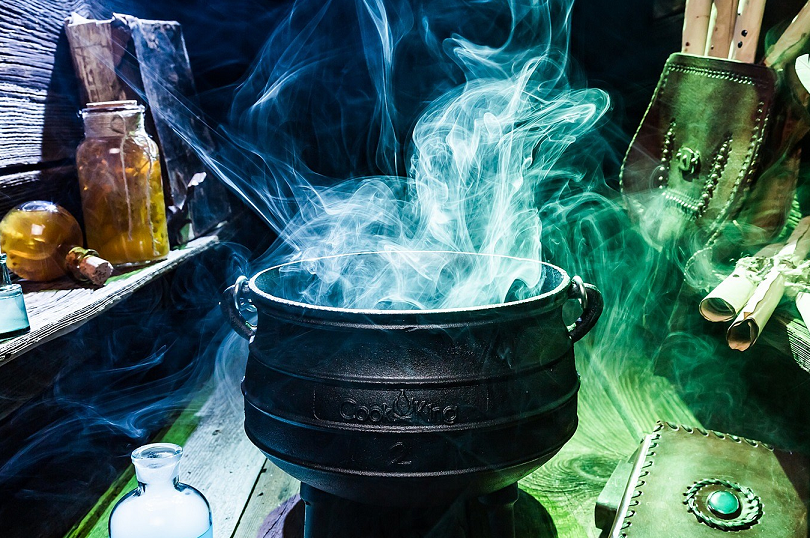 Having long since played the other Lucardo Manchester games, University of Magic had always eluded me. It seemed to be fully booked pretty much since the day it opened, especially during the school holiday and weekend slots when I’m most likely to be in the area. Fortunately, I’d sorted out my Christmas plans well in advance and had managed to secure a slot on Christmas Eve – a perfect way to start the Christmas escape season. That also meant I got to play the Christmas version of the room. They’d made some changes to the decoration, introduction and finale but, in terms of puzzles and structure, it was exactly the same game.

First impressions were good. University of Magic is visually a big step up from the other games I’ve played at the same venue, with a space that really captures the magic school vibe that this game deserves. The walls, the props and the puzzles all enhance that theme to really help cement you in the magic world. It’s worth saying at this point that, while the game is clearly taking advantage of the popularity of Harry Potter, it doesn’t, in my opinion, come anywhere close to ripping off the brand.

Rather than a story within the game, the experience is very much built up around a quest or, in fact, a series of quests. Truth be told, it is really just one quest, with the others being stepping stones to get you to the final destination. While stories are enjoyable, that is more than enough to give a sense of purpose to the experience. Add to that a couple of places where they get the team to perform actions that are very much in keeping with the world they’ve created, and they’ve done wonders with the immersion.

As usual with Lucardo rooms, there’s more of a tendency towards observational puzzles than I’d like. On several occasions, once you’ve noticed the critical piece of information, there’s nothing to be done save for inputting the code into a padlock. It’s not all simple, though: one challenge, while still predominantly observational, uses a really fun mechanic to reveal the code. Another is a relatively tough multi-stage puzzle where you have to chain together ideas from several parts of the room to find the final answer. Finally, a two-player challenge early in the game really slowed down our progress with tough skill/communication elements.

There’s a pleasing sense of progress to the game as you complete the individual objectives; and that, combined with a bit of theatre for the final stage, means you’re left with a satisfying conclusion to a fun game.

University of Magic is well deserving of its great reputation. It’s a fun, well-decorated room and, while the challenges focus more on observation than hard puzzles, there’s still some meat in there to keep you busy.

Our team of two escaped in just under 40 minutes without having taken a clue. It’s a relatively small space, so I’d recommend taking a team of two or three, which would also work well with the puzzle flow.