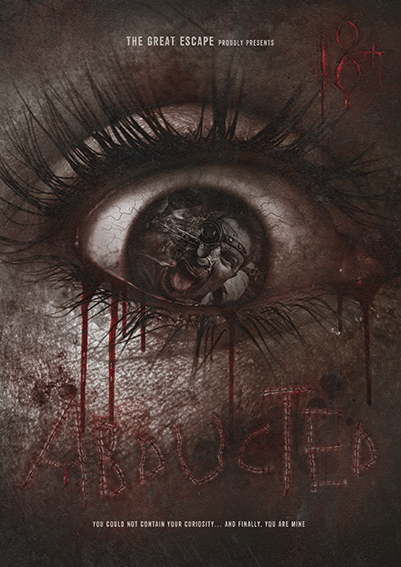 With its three locations and more than ten rooms, the Great Escape Game is a relatively big escape company in Yorkshire. They’re a bit different from your average escape room in that they have a bar on site which serves food and they encourage you to make an evening of it. I don’t have a great problem with that, although I do have a big problem with a company that says you need to turn up 30 minutes before the game starts. I hadn’t noticed that in their confirmation (sorry – I get quite a few of them, so I tend not to look at anything other than the date/time…). I definitely don’t like it when they phone you up fifteen minutes beforehand and somewhat rudely tell you that you’re late.

Personally, I’m guessing they’re using those instructions to sell more drinks in the bar. If you turn up thirty minutes before a game, you’re almost certain to buy a drink and make them a bit more money. I find that cynical. They can argue it’s for the briefing and disclaimer-signing, but no other game in the country requires more than fifteen minutes. It’s not a great start to an experience.

Fortunately, they “kindly” let us start our game anyway.

Abandoned in 1986, Leeds Chophouse lies dilapidated, like an unwanted memory of our past. You have fantasised about the sights inside, until one evening, you could not contain your curiosity…

You have made it. You have found your entrance and you have found your way in. Eager to explore, you skip down the dimly lit corridors gleefully. It has been three decades since a single footstep has echoed within these walls… or so you thought.

Stumbling upon a collection of worn photographs, you find images of other captured souls, tortured and tormented. Yet still, your curiosity urges you to continue, thumbing through old boxes, each photo more sick and twisted than it’s predecessor.

One particular photo catches your eye. A person starved. Excruciatingly thin. Mouth sewn together and eyes bleeding crimson tears. You struggle to breathe. As you look closer, you realise the date printed on the photograph reads the very day you entered the chophouse.

Make no mistakes: this is a horror room. We played a slightly toned down version (one of our team members doesn’t like scare attractions), but it was still very clearly designed to scare. Right from the moment we started – no, from before we even started – they started to amp up that fear.

To be honest, I don’t really feel scared in rooms – I never believe it’s real – but I do appreciate what they’ve achieved here. Some theatre before you enter the room, an unsettling video, an initial feeling of hopelessness, restraints, a darkened room, interactions during the game, jump scares, background noise, sudden noises and a variety of things beyond that. I’ve played a lot of “scare” rooms and they’ve not felt like much more than cheap Hallowe’en props, but this really felt like they’d created something that would freak a lot of people out.

I mentioned darkness in the game, but this isn’t darkness for difficulty, or at least not solely for difficulty. It really felt like they were using it to push the theme and the scariness. I was also pleased that they hadn’t used it as an excuse to create a poorly decorated room. The decoration felt like it was of a pretty high standard throughout the game, and I particularly liked what they’d done with the starting space, simple though it was.

Another highlight for me were the transitions through the experience: the contrasts between different sets, the way you moved between them and could communicate between them and the surprises that this brought with it. It’s hard to really express it properly without spoilers, but there were a lot of clever aspects on that front.

As is often the case with this genre, the puzzles were the weak part of the experience for me. Early in the game, we needed to take a clue because we hadn’t pulled hard enough at something. Now, three of us had tried to pull at the thing in question and all three had decided to leave it because we were worried that we might damage the room. We’re careful enthusiasts, admittedly, and this room seemed fairly robust, but that kind of issue always worries me because it encourages players to be more forceful with the remainder of the room. Speaking of teaching bad habits, there was a pair of puzzles in this game that seemed to teach the player to do opposite things. On another day we might have got past it without a gentle nudge, but it still felt like an inconsistency.

The big problem was with one of the puzzles later in the game, which seemed to lack some logic. I can’t be entirely sure because my teammates were the ones who eventually unlocked the relevant lock, but they were adamant that the solution wasn’t logical, and nothing I saw said that it was. Certainly, when the GM tried to help us with hints, it just made us progressively more confused and frustrated until we decided that the best way of proceeding was to spin through the ordering of a set of numbers.

There’s a nice finale to this game, with a real sense of escape and some nice added tension towards the end using audio and video – in fact, I suspect it would have been even more suspenseful if we’d gone for the full-scare version.

We escaped after around 50 minutes and probably had five clues along the way.

If you’re interested in playing a horror room, then I think this has a lot going for it. If you’re just wanting to play a normal escape room, I think that flawed puzzle will really frustrate you at a critical point in the room.

We played as a four, which worked fine. There’s not a huge amount to do in this room, but it’s more about the fear factor, so numbers aren’t amazingly important.

The Great Escape have a special offer where you can get a pizza if you book a game for four. I’d expected this to be a small, low-quality pizza, but it was hot, fresh and tasty, plus there was a decent choice of toppings.