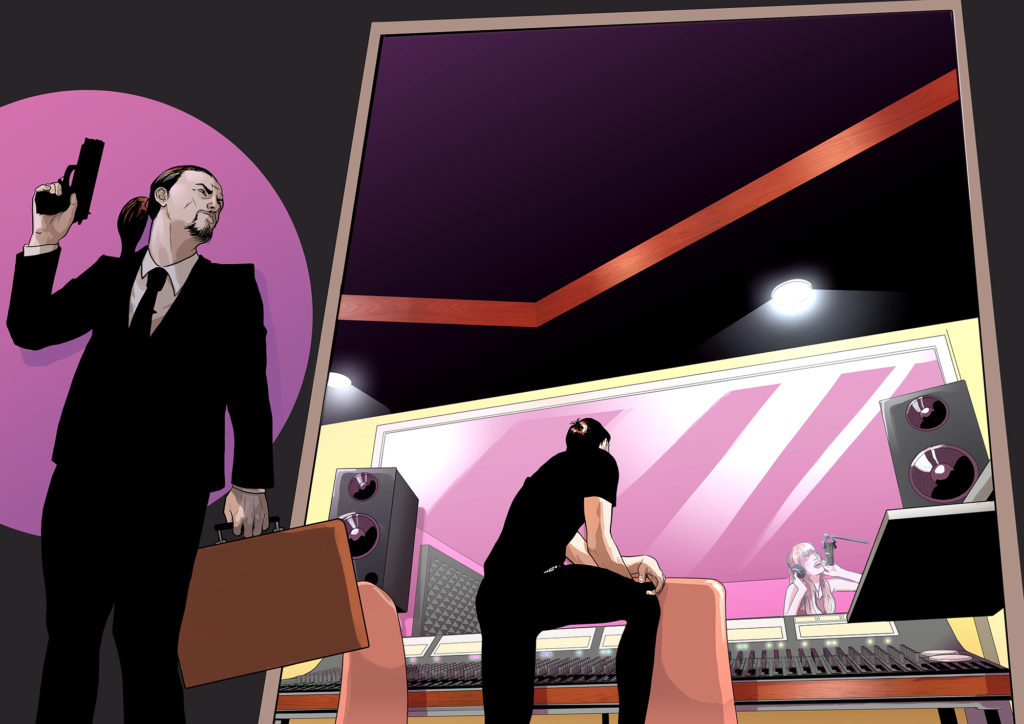 To say I was surprised when I saw Timelock’d opening in Gravesend is an understatement. In enthusiast circles, that town is synonymous with one of the biggest UK escape room companies, and it seemed a tough ask to open a small venue right on its doorstep. Locals already had many different themes to choose from, and the Panic Room has a great reputation for creating fun experiences. To make matters worse, we visited before giving the game time to settle in. I’d seen it was available at a convenient time and hadn’t really thought about how new it was. Only thirteen teams had played before us…

Having said all of the above, first impressions were good. It’s not a huge game, but it is very well decorated. There are plenty of small details that I enjoyed, as well as some big set pieces that looked intriguing. One of the biggest of those is of particular interest because you’re told before you go in to be very careful with it.  In essence, it’s very easy to break your game if you start playing with parts of the experience that you shouldn’t. For some teams, that’s going to be a real problem because they will play with the equipment regardless, but even our team was left constantly worrying that we’d accidentally done something we shouldn’t have. And thinking about the game rules inevitably detracts from the immersion.

The Xscape Factor contained several really enjoyable puzzles, and the way they’d integrated them into the set surprised me (positively!) at times. We came unstuck on a couple of occasions – once because we didn’t realise that we were allowed to play with a particular part of the room and another due to weak user feedback. That latter case was interesting because, when coupled to the warning before entering the room, we quickly started to think that we’d accidentally broken the game. In truth, there was a step we’d missed, but the lack of user feedback indicating we’d done something right or wrong meant that we assumed a catastrophic failure.

The story that runs over this game is really just an excuse for a mission that sees you record a single and sign a contract. I loved how several of the puzzles took you on the journey to reach that goal. There was one moment in particular during the experience where I suddenly felt like I wasn’t in a game but really living the adventure. That was partly because the set looked good, but it was also because the puzzles required the players to interact with the set in a very specific way, and I applaud the designers for managing to make that work well.

The game ends with you cutting your record and finding that contract. This is an incredibly minor point, but I found that the uncertainty over whether we were meant to sign the piece of paper at the conclusion of the game dulled the excitement of the end sequence a little. If you’re going to have an instruction that says “sign that record contract before Big Frank comes back”, I think you need to have an actual piece of paper to sign!

Xscape Factor is well worth playing whether you like music or not. There are a couple of rough edges around some of the puzzles, but the overall concept is very strong, and it really evoked the feeling of recording a single in a music studio.

We played as a team of three, but I’d happily recommend this game to any team size they allow (2-4). You may find that’s a little crowded at the end, but I think it will still work.