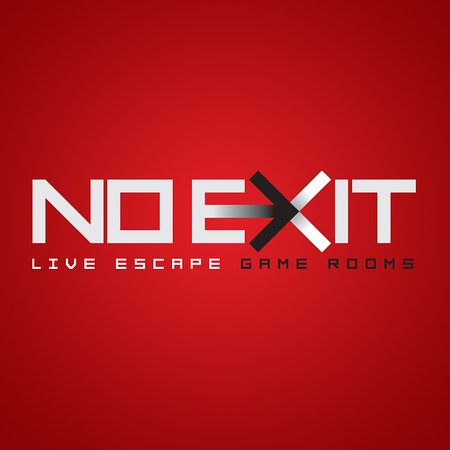 A long time ago, we dropped into No Exit in Bolton to play some of their games. It’s a little way out of the centre, so parking was pretty easy and, with its huge reception area, it’s a relaxed place to hang around in the downtime between rooms. There are four games at the venue: The Poltergeist Room, The Tomb, Secret Agent and Finding Sherlock. My teammates had already played the last of those in London, so we skipped it and booked the other three.

Of the three games we played here, I’d recommend The Tomb for first-timers – it’s by far their best game, in my opinion, but it’s very much aimed at beginners, so enthusiasts will likely be disappointed at the speed with which it comes to an end. The Secret Agent-themed game was a reasonable game for more experienced players, although it still had a couple of sticking points.

I’m not a fan of scary games, but fortunately this didn’t really feel like one. It had dimmed lighting, appropriate decoration, some eerie audio and a few jump scares, but at its heart it was more creepy than scary. If you’re happy at Hallowe’en, you’ll probably be fine here.

The puzzles were generally straightforward and, when they weren’t, it was more because they were tenuous than difficult in a fair way. One central puzzle seemed to be quite temperamental, with us doing the same thing several times on and off before it suddenly worked one time. Another one didn’t make sense to us, even when we had it explained to us afterwards. Mostly they were gettable, but they didn’t feel super satisfying.

The highlight of the game was probably the ending, which managed to be both humorous and macabre, something that I guess fitted well with the overall theme.

In contrast to the other two rooms we played, it felt like they’d not made much of an effort on the decor in this game. It was well maintained, but they’d opted for the most token of decoration with one exception: there were some big decals of 007 across one of the walls. I guess that’s theming at some level, but it’s not going to immerse players in the slightest.

The puzzles here were harder than in the other two rooms, and generally fair, although one left me feeling that most teams will need a clue. Another one felt like it used the same prop more than once. Technically it didn’t, but it was one of those cases that can trip you up as an enthusiast because you’re following the general principle of escape rooms that items are one-use unless you’re told otherwise.

The finale was decidedly lacklustre, although that was exacerbated by us going off in slightly the wrong direction and banging our heads against a brick wall for fifteen minutes on puzzles that didn’t exist. It’s not clear what the GM should have done; with us being well ahead of time, I can imagine that they felt uncomfortable giving clues. The end result, though, was us getting increasingly frustrated as we made zero progress for an extended period and tried out increasingly obscure ideas until we eventually realised what we’d missed. Not the best way to finish a game.

Of the three games we played, this was probably the prettiest. It certainly stood up to initial inspection, but there were still some rough edges. Parts felt a little like they were straight out of IKEA, the painting left something to be desired with patches of bare wood on display in a few places.

That said, it was still plenty of fun to interact with, and there was a real sense of physicality in the game, with big chunky props abounding and plenty of interactions. If you wanted to make the analogy that escape rooms are a bit like the Crystal Maze, this is probably one of the best rooms to illustrate your point.

The puzzles were all fun and logical, with just one letdown. In fairness to No Exit, it was a relatively minor point, even though it had a big impact: I spotted marks on some of the props and used them to solve the puzzles. It then turned out that those were just the marks left from when it was created and no one had noticed them as shortcuts to the solution…

For me, the stand-out element in this game was the sense of discovery. I love games where you keep on getting to open new spaces, especially if you’re not entirely sure what they are until you’ve opened them. A locked box or obvious cupboard has known dimensions, but doors to new rooms or properly hidden spaces are significantly more exciting.

That all sounds good, so why the low rating? Well, the big problem here was that we escaped in just 12 minutes. Yes. 12. This may have been billed as a beginners’ room, but there’s no way you should be able to solve all the puzzles in a space in that kind of time. If you’re a group of beginners, then head along, but otherwise I wouldn’t bother unless you’re a completer-finisher.