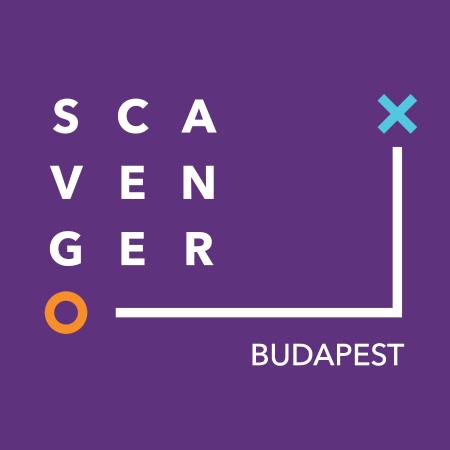 I’d heard really positive things about Scavenger and, with three games on offer, I was looking forward to a good afternoon of escaping with my teammates. Unfortunately, that didn’t go so well: Firstly, they were running late, we so couldn’t start all our games at the same time. Then, when we finally did get going, it was clear they didn’t have enough staff, which resulted in slow room resets. To make matters worse, they prioritised resetting whichever room was finished first which, while seemingly sensible, meant that the most difficult room was consistently the last one ready, and so the games dragged on.

I wouldn’t recommend any of the three games I played, but my favourite was the Egyptian one, which was unusual in that it didn’t just go for a temple theme. The Secret Surgery game was pretty disappointing, while the Mozart room might have been good had I not found myself constantly playing catch-up with my teammates due to a slow “task” puzzle and consequently feeling a bit frustrated.

Egyptian themes are not uncommon in escape rooms – in fact, they’re probably one of my favourites. Who doesn’t want to enter a pharaoh’s tomb after all? A game set in a market is unusual, and I was curious as to why they’d made that choice. The answer, I concluded, was that they had a specific puzzle they wanted to include, although they took advantage of the setting to throw in at least one other that went with that setting. Theme-wise, I’d say it was the strongest of their offerings, with good set design and props to give you the feeling of the location, and puzzles that took advantage of what was available without too much of it feeling out of place.

The puzzles, on the whole, were straightforward and worked reasonably smoothly. One of our teams did find that they could shortcut a puzzle because of poor resetting. Another had a physical solution that was a little less than crisp, which resulted in us not being sure whether we’d solved it or not. Finally, we had to brute-force one of the puzzles (although admittedly from a very, very small set of possibilities). Personally, I don’t think even the slightest amount of brute-forcing should ever be required. Minor points, though, in an otherwise enjoyable set of challenges.

One part where I think they went wrong was the finale to the game. You’re told in advance that you need to recover the contents of a box before the enemy captures it. As well as that, there’s a second mission which you quickly realise you’ll need to complete in order to escape. In our case, we finished that primary mission first but were then unable to exit the room. That jarred a little, partly because the implication was very much that we only had one goal to complete the mission, but mainly because the triumph should have been reaching the end of our quest, and delaying our escape with a not-very-exciting puzzle reduced the exhilaration of victory.

You might think that a room called Mozart’s Mystery would be decorated in an 18th-century style, and perhaps it was but, cunningly, they’d set this game in an art collector’s house, with the result that they didn’t have to be entirely consistent and could (to take a random example) include a phone in the room. The décor worked well enough, and the background music added to the feeling of being thrown back in time to some indeterminate age. If I were to be really picky, the presence of Wagner’s Ride of the Valkyries in a room all about Mozart was a bit of a disappointment but, frankly, they’d set up a pretty good ambiance.

We jumped to work, and I was immediately drawn to a semi-physical puzzle. I’d expected it to be easy but turned out to be wrong, and it turned into a tedious task (a ‘process puzzle’, to use the enthusiast term) which put me out of the game for the first few minutes. In that time, my teammates had made good progress and were working on secondary puzzles while I was left in catch-up mode. To be honest, I don’t think I ever managed to shake that feeling, even when we’d got past the next few puzzles. Just as I was starting to find my feet, we hit a series of puzzles that never seemed to have very exciting answers.

The real killer in this room was a series of puzzles where we were just never confident of the answer. To me, that’s the sign of a poor room. It takes away the “Aha” moment and leaves you more with a sense of relief than one of exhilaration. That said, some teammates found this room fun and, if you’re of a musical bent, then you’ll likely rate it more highly than me – although I’d suggest not sufficiently so to warrant a visit.

Scientist rooms: What is it with them? They always seem to be a little disappointing. Whether it’s the periodic table, the test tubes or the Bunsen burners, they always feel like they’re a bit formulaic (pun absolutely intended). While this room certainly broke the mould at times, the initial impressions were of uninspiring puzzles and décor that echoed many rooms I’d seen in the past. The theming did improve steadily throughout the game, both on the puzzle front and in the decoration – indeed, looking back, there were parts that were good-  but that initial impression stuck with me.

The big problem with this game was that it very much focused on observation. There wasn’t a huge amount of searching, and only a little more puzzling – you just had to spot things within the room and then convert them into ways to open locks. That’s OK in an online ‘escape the room’ game, but in a real-world game I’m looking for much more than that: I want to exercise my brain cells a bit more.

Clues were given over a screen when we asked for them and were reasonable. Having been upstairs at the GM station, I think there was one, or maybe two, people GM-ing at a time, but you’d have to be unlucky to be waiting long for a clue. They didn’t seem to need any hinting about where we were, which tied in with what we’d seen upstairs: They were reasonably attentive to their players.