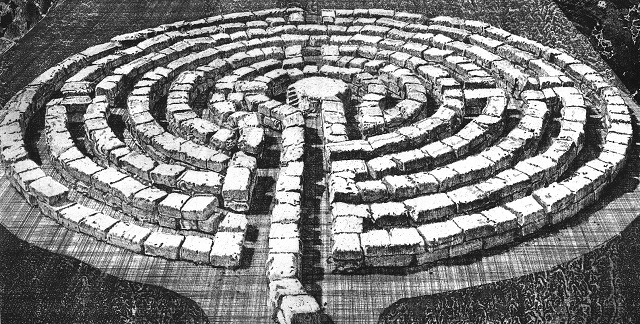 Every so often, you have the good fortune of playing at a venue that is truly different. Locked Gent is most definitely one such place. There are just two games here, both of which are – as far as I can tell – run single-handedly by the owner pretty much in his back garden. Don’t judge it on that basis, though: he’s taken advantage of the space available, but these are most definitely not small-time games.

Both games are deeply flawed from a conventional escape room perspective. It’s incredibly important that enthusiasts realise that going in because, otherwise, their experience could be overshadowed by frustration. Take that in your stride, however, and you’ll find yourself a couple of real gems that are well worth the trip.

Locked Gent’s puzzles are weak, but the sense of exploration, the use of space and the physical construction of the games is truly amazing. The owner is fun to chat to as well so, if you have the time, it’s worth hanging around to hear more about the history of the games. I’ve not given a star rating to the experience because the games felt like they had two totally different personalities – the puzzles made me want to steer you well clear, but the experience is one that I would recommend to enthusiasts without a second thought.

Finally, it’s worth mentioning that entry to the venue is via a public park – head inside and you’ll see a small door in a wall at one end.

First up was Labyrint, where you’re thrown straight into the action with almost no instructions. It’s a strange start for enthusiasts, because you’re left scrabbling around in the dark wondering what the hell you’re meant to be doing. The whole place is built from recycled wood too, which leads to a slightly rickety feeling that made me more than a little nervous about rapid exploration.

The first puzzle is tough in its own right, but this is particularly so for escape enthusiasts taught not to use force. Yes, this is a game where force (not violence!) is required on several occasions. And that’s not just ‘push a bit hard on a button’ force: by the end of the two games, I felt like I’d had a proper workout, and the next day my muscles knew that they’d been called into action.

As you’re told in the introduction, the game involves exploring a series of rooms, each of which contains one challenge for you to solve. That created a tension for me, because I sometimes felt like I was hogging a puzzle – leaving teammates a little in the dark (both metaphorically and sometimes literally).

Those puzzles were definitely where the game fell down. Several were of a very similar type, which took away some of the excitement, especially since we solved most of them as a group. At one point, the use of colour with poor lighting left us resorting to tedious trial and error to open a padlock, and that was by no means the only occasion where colour caused us pain in the room.

The game picked itself up, though, with a series of cool reveals – one almost as soon as we entered the game, one bang in the middle that filled me with joy, and one in the final escape. In the end, what you think of this game will likely come down to whether you’d prefer a flawed game with moments of brilliance or a game that’s solid throughout. I know which one gets my vote.

Note that Kubus closes for much of the summer months because otherwise it gets unbearably hot. Check before you plan your travels!

Having completed Labyrint, I was intrigued as to what Kubus could show us. I wasn’t disappointed. Where the previous game felt a bit hacked together at times, this one felt like it had been seriously engineered. The overall structure was robust, although it still felt like a slightly fragile game in that I could easily imagine bits of it getting stuck as you played. There were times where raw strength was required and other times where that absolutely wasn’t the solution. Spotting the difference wasn’t always straightforward.

The four of you (and it must be exactly four) start the game together and are soon separated. Expect to spend a significant portion of what is a 90-150 minute game entirely on your own. That wasn’t a big deal for me, but I can imagine it being an unpleasant experience for some players. You’re still able to communicate, though, with a walkie-talkie each to allow you to discuss what you should do.

You’ll likely need to do that a lot because, as with Labyrint, there are several weak puzzles in the game. Here, though, they’re weak in a very different way. In a lot of cases, it wasn’t clear whose turn it was to go next, which meant you’d be desperately trying to do something only to find that another player was the only person who could progress at that point. Often that other player wouldn’t have progressed because there was a distinct lack of signposting for the puzzles. This is the sort of game where even the most experienced players should expect help. The good news is that the owner is switched on and knows the game inside out, so that help was quickly given when needed.