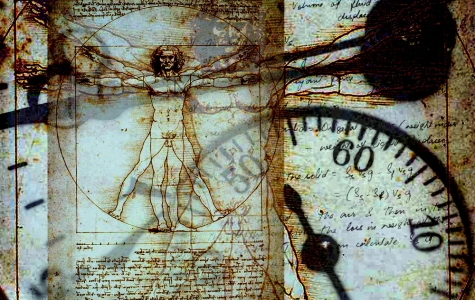 Escape Room Den Bosch is a small venue in the centre of ‘s-Hertogenbosch (no, that’s not a typo). It’s worth noting for overseas players who may not be familiar with the area that Den Bosch is the colloquial name for the town – I got confused when mapping out our route because, to my untrained eye, this game seemed to be listed in two entirely separate locations.

The reception is tiny. Indeed, it’s not really a reception so much as the GM area. There’s nowhere to wait except for just behind the GM stations so, if you come during the day and don’t want to get spoilers, it’s probably worth turning up just in time. Hanging around, we noticed the walls were lined with trays full of puzzle hunts for the local area so, if you’re looking to organise a team-building event in the area, it looks like they’re well served to send you on a variety of themed hunts. I’m surprised more escape room companies haven’t developed similar things for organisations that come looking for large group challenges.

Neither game is amazing, but the Torture Chamber is definitely the better option, with a variety of thematic puzzles in an interesting space. The Da Vinci Code is still a reasonable game for first-timers, but I think enthusiasts will be disappointed: lots of codes and padlocks for maximal excitement but not much substance and way too much darkness.

The Da Vinci code starts impressively, with you descending a spiral staircase into a basement. And then it stops. On the stairs. To watch a video briefing. It was a strange moment, but I guess it was the most convenient place to put the TV without affecting the game space. With that out of the way, it was time to continue… into the darkness. On a spiral staircase. Call me paranoid, but that doesn’t seem like the safest way to begin a game. We stepped forward gingerly till we reached the bottom, where we found a small starting space, still with minimal lighting and with a triumvirate of painful puzzles. Worse still, we had to enter the solutions into three lock-out safes. In the dark.

That was a terrible start to a game, but the experience improved thereafter. The darkness lifted a little (although it was still darker than I’d have liked), and the puzzles were much more approachable. They were also parallelised, which allowed our team to quickly put that disappointing start behind us and get onto solving some fun puzzles. They weren’t the best in the world – most were either fairly easy or had some sort of flaw. For example, there was a big, chunky physical puzzle that looked really cool but that didn’t make clear either what the solution meant or where we were supposed to use it. Another potentially fun physical puzzle had been cut out of the game, presumably because it was too challenging. Sadly, it was only when we were halfway through decoding our answer that we realised it was a duplicate. Another one was made (deliberately?) difficult by the poor lighting, which added to our frustration.

Fortunately, the lighting issue seemed to improve during the game – or possibly our eyes adjusted. It wasn’t consistently better, though – at times it got darker again, at which point the frustration levels inevitably ramped up again. This room was in desperate need of a strong finish, and it almost achieved it. They had the perfect ending, but it turned out to be a false dawn: there was one more thing required to escape the space and, sadly, it wasn’t very inspiring. I think they were trying to turn a “quest” into an “escape”, but they ruined the finale in the process, and we left the game back on a low.

A room where you have to go out to the street and enter into a basement through the pavement definitely gets my attention. It’s the perfect start to a game called the Torture Chamber, making you feel isolated and properly trapped. Add in a split start and there’s plenty of tension before you even begin the game. Looking around, I was impressed by the decoration. This was far better than other games from this company, with big chunky props adorning the walls and the natural look of the basement doing the rest to start the immersion well.

The opening puzzles didn’t have quite the same appeal, though, with some ill-fitting props making us feel like we might have got something wrong. A little perseverance, though, soon got us past that initial stumbling block, and the game quickly started to flow. One half of the split team was freed early, at which point the room made the cardinal error of not quickly forcing the second half to escape. Fortunately, that separation didn’t last long, but it could easily have left half the team feeling disengaged from the room as they ended up picking up the dregs of the puzzles and missing out on quick wins.

As I said, there were big chunky props in this game, which really helped with the immersion as well as being used within the puzzles. Some of those worked better than others. An early challenge had two very viable solutions but, if you picked the wrong one, you could easily lose a key prop in the game. One later on worked well but used an item that didn’t fit with the rest of the game theme. A third used a clever mechanism but was, shall we say, a little temperamental.

One thing that’s worth mentioning is that, in common with a couple of other experiences from this company, we were told the game was playable in English but then found that some text hadn’t been translated. They felt the translation wasn’t necessary because those particular texts weren’t required to finish the games, but it turns out that “required” and “useful” are two entirely different concepts…

The highlights of this game for me were the theatrical moments. On at least three separate occasions they had puzzles whose solutions played on the torture chamber theme in a way that made the game psychologically dark. That’s a great technique to enhance immersion – requiring players not just to experience something (slightly!) unpleasant but to inflict it on themselves.

The final puzzle in this game was my least favourite. It’s a poor puzzle full stop, but they slipped something in that felt akin to a trick and that didn’t make sense from a physical point of view. Then the props were so worn that the information that hinted there was a trick was impossible to read. Finally, without any warning, you had to leave the props in place for ten seconds to solve the puzzle. The end result was that we spent a long time solving the puzzle, including correctly solving it on at least two occasions, only to require several hints that repeatedly told us we were doing the right thing.

The final puzzle in a game is your final memory, and on this occasion it was bad. That’s a shame, because there were plenty of positive moments in this room, and it was easily the best of the ones we played by this company. Sadly, though, we still went away disappointed.

That’s all on Escape Room Den Bosch – want to read more about other local games? A link will be added here when the summary article is published at the end.