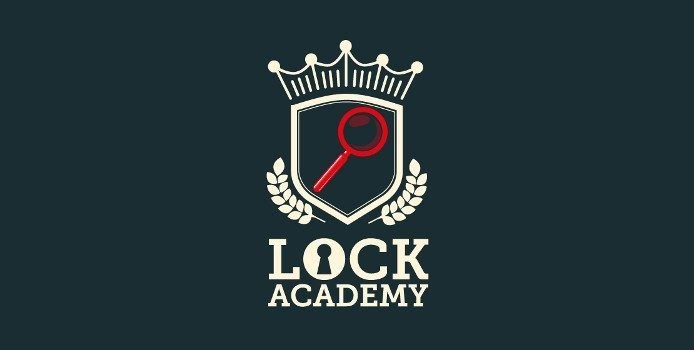 Lock Academy is one of two companies that get mentioned pretty much every time you ask for Paris recommendations so, having missed them out on my previous visit, I was on a mission to put things right this time. They’ve got two venues in the city, close enough that it’s not the end of the world if you do go to the wrong one, but far enough apart that you want to avoid making that mistake, so make sure you’ve checked which one your game is at.

Of the three games we played, Revolt was my favourite, with an unusual theme, fun puzzles and an experience that improved with each step forward. LA Confidential had a relatively mundane start but improved significantly and had one of the most stressful, frantic (and enjoyable!) finishes I’ve experienced in a room. Add in a beautiful set and you should definitely add it to your itinerary. Tres Cher Lock is a game that’s worth playing, but it’s merely good in comparison to the other two – a strong start in what on the face of it looked to be a pretty ordinary room wasn’t quite matched by the end sequence. It’s worth noting that they’re minimum three-player games, and LA Confidential is technically a four (they were OK with us playing with just three as long as we paid for four). I think you could play Tres Cher Lock as a two, but I’d stick to at least three for Revolt and four for LA Confidential – we escaped by the skin of our teeth.

One of the most famous of the Paris games, I was a little disappointed by the start, which didn’t feel as polished as I’d expected given its reputation. It wasn’t that anything was really bad, just that it stopped us getting properly hooked. The decoration was perfectly reasonable, but the starting space just wasn’t exciting, and there were a lot of red herrings to be found. That was compounded by us really struggling to find the start point to the room and so ending up spending a lot of time re-examining pointless props.

Our main foe in the early stages of the game were searches at the tougher end of the scale, including one which I felt was unfair. I feel pretty safe in that assertion because, later in the game, I checked a similar hiding place and found I was dismantling part of the room – and it was clear that I wasn’t the first to make that mistake. Something I really liked about the search side, though, was a sequence of similar hidden objects each of which gave you a small reward and gated your progress. So often with a set of hidden objects you get little benefit until you’ve collected the full set, but here each find felt like a genuine win.

The weakish start was soon forgotten, with the general decoration in the room excellent and really helping to transport us to the high-tech world of the Lock Academy. This isn’t a game that’s heavy on narrative, but the unfolding mission certainly makes things more interesting, and there are a few snippets of story that, when combined with the improving décor, are more than enough to keep the excitement levels up.

The clear highlight of the game for me was the finale, which threw our team of three experienced players into meltdown and showed how quickly a calm mind can crumble under pressure. I loved the frantic nature of the challenge, which was delightfully simple and yet became tough with a couple of small twists, even with several of us working in parallel. It wasn’t quick either – with our adrenaline levels shooting up for probably the last ten minutes of the experience and staying there long after we’d escaped the room.

Officially, this game requires a minimum of four players, but they allowed us to play with just three. After a very slow start, we picked things up and scraped out the door with around 30 seconds remaining. Calmer teams may do a bit better!

Walking into Little Miss Lock, you’d be forgiven for thinking that it wasn’t the most inspiring start to a game. Yes, it’s a fairly run-of-the-mill environment but, as soon as you look at the detail, it becomes apparent that everything is well implemented. It’s a well maintained, believable, lived-in space, and yet not cluttered with distractions. That quality is maintained throughout the game. Nothing is stunning, but everything is more than acceptable, although perhaps, as the game progressed, it did start to feel like there were just a few too many red herrings.

There’s a real feel of investigating Little Miss Lock’s life during those early stages and, for me, that’s where this game is at its strongest. I’m not usually a big fan of detective-style games, but I really enjoyed the start of this experience. That wasn’t just because there were good puzzles on offer but because there was a real sense of discovery to the game. I felt like I was uncovering new information that both helped with the puzzles and pushed the narrative forward.

According to the website, this game won awards in 2016, and you can see both its quality and its age when you play it. Given its relative maturity, I was surprised by a couple of puzzles with significant, fixable, weaknesses. One was a colour-based challenge which suffered from a significant problem making colours hard to distinguish that I’ve seen elsewhere. We ended up having to almost brute-force our way through it, even though we understood what we had to do perfectly and two of the team have good colour vision. The other issue was with a puzzle that required us to reach the solution through trial and error but had some accidental user feedback suggesting that wasn’t what we were meant to do.

Having said that, the vast majority of the puzzles were very clear, with sufficient signposting to point us in the right direction (though we sometimes didn’t spot it…). In summary, good, fun challenges but, unsurprisingly given the age of the room, nothing that was particularly novel.

The finale started building up from almost the midpoint of the experience, with the tension gradually rising until we reached our final challenge which, like seemingly all their games, left us with a stressful and thematic ending to the experience.

Revolt is one of those experiences with many different parts that I want to talk about, where the real challenge is to pick out the ones that give a flavour of the room without giving away any spoilers. The first of those comes before the game even begins. The story behind this experience is far more interesting than your average room, and I really appreciated a small pre-game touch that they’ve used to build up the immersion before you’ve even set foot inside. If you want to maximise your experience, I’d encourage you to read the story in advance so that you can play along with the briefing.

Inside the room, things manage to improve with a great start that throws the players slightly off balance and steps the immersion up further. That high standard can’t be maintained forever, though, and things eventually start moving towards a more traditional-feeling game.

The decoration throughout the game varies between good and excellent and is never disappointing. Interestingly, I don’t think this room is much bigger than a typical experience, but it’s cleverly laid out such that you feel like you’ve gone on a real journey by the time you return to the real world.

Trying to create immersion was where the game came closest to coming unstuck. Firstly, there was an interactive element which threw me off balance. I think it could have worked fantastically well, but a lack of guidance of what we were meant to do left us metaphorically fumbling around in the dark and, when we eventually overcame the challenge, I was left with a feeling that, rather than earning the right to continue, we had been allowed to move forward. To a lesser extent, immersion featured in another weakness where a particular mechanic was used repeatedly, possibly because it felt like a natural step to the experience. They’d made a valiant attempt to include some humour but, whether it was the taskwork or a cultural barrier, it still felt tedious. It may have been natural, but the repetition and a searching element left me feeling like it was a chore.

Moments of theatre featured across the game, including one particularly humorous interaction which blended well with the theme. That helped to punctuate the experience, giving us a few seconds of respite from the relentless rush of the game.

While the story reached a fitting conclusion that gave closure to those who’d paid attention to the rest of the game, the real finale was in a magnificent puzzle that, as was becoming familiar, led to a frantic and adrenaline-infused ending to the experience. We were a little calmer this time round and raced through it once we’d assimilated enough information and understood the challenge. It was a fun combination of communication, physical challenge, observation, pattern-matching and coordination. More to the point, it was the perfect way to end a great game on a high!

That’s all on Lock Academy– want to read more about other local games? A link will be added here when the summary article is published at the end.