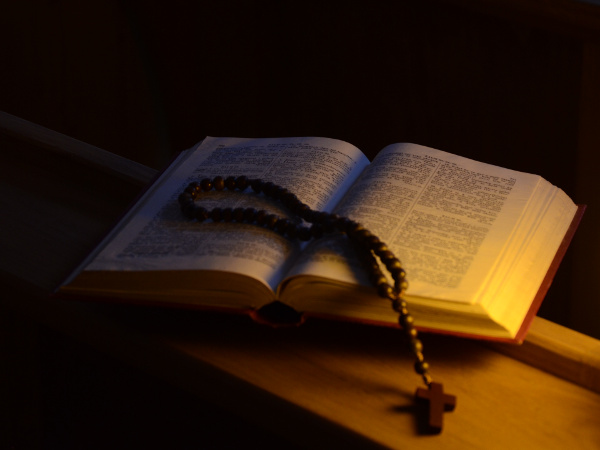 When you turn up at a venue and it’s clear the owner is an enthusiast, chances are you’re going to be happy with the experience. Riddle Twist is just such a venue. Almost as soon as we arrived, we were asked what we’d played in the city, what our plans were and what other places in Europe we’d been to and would recommend. This wasn’t just an owner trying to make the players comfortable: this was someone who really loved escape rooms and, even better, had pretty high standards.

At the time of visiting, they had just one room, but their second game, Firefly, had been in development for a while so, if you’re wavering about whether to visit, it’s worth checking whether this has now opened.

Entering the game through a pretty door, you’re thrown straight into the middle of a beautifully crafted chapel. This game requires the high ceilings that the venue provides – it’s great to see a game that really makes use of the building where it’s located. Even better, they don’t just take advantage of that height to make the space look proportioned but actually use it for the occasional puzzle. In fact, there is very little here that isn’t part of a puzzle. Admittedly, a chapel isn’t somewhere you’d expect to be overrun with objects, but I really appreciated the way they’d made a room that was utterly believable and yet didn’t have props that were superfluous from a game point of view.

What struck me most about the space was that it was a pure joy just to be in. They’d taken the peaceful vibe of the chapel and built on that in the way they’d created their game. This experience could very easily have been squashed down to 60 minutes with a few more clues or by removing a couple of puzzles, but I think the owners wanted people to relax in the room, to experience it without the usual stress of an escape game.

That’s good news, because this experience requires thorough searching and observation. At times, I felt that some of the things to find were just a little too well hidden although, given that we didn’t need a clue, perhaps it is just that people search better in this less stressful environment! Either way, searching is only a part of the experience, and puzzle-solving is most definitely on the agenda.

I was impressed by the originality of some of the puzzles, with one in particular combining lateral thinking, a small skill element and plenty of humour to create a challenge that’s very different from anything else I’ve ever experienced. Several of them have good signposting although, in at least a couple of those cases, it was harder to find and interpret than to solve the puzzle directly. Still, it’s nice to have a second chance to find a puzzle.

The most interesting challenge came in the finale where, even though it was pretty clear what we should be working on, we struggled and struggled for a long time. Eventually we had to admit defeat and call in a clue, but the final solution never really sat well with me. This was in part because of a small inconsistency which threw us off track and felt at odds with the attention to detail of the rest of the room, but primarily because of a leap that felt just a little further than I was comfortable with. I’m sure some teams do get it, but I suspect they’re in the minority. I think the game would work better with this puzzle being moved earlier in the experience and being replaced by a rapid-fire series of puzzles designed to give you a frantic finish in contrast to the calm of the middle.

Fortunately, that didn’t detract much from what was an otherwise enjoyable game. If you’re in Prague, I’d recommend visiting, because it felt like quite a different style from the average experience. We played as a group of three, but I’d happily recommend it to couples or slightly larger groups.

That’s all on Riddle Twist – want to read more about other local games? A link will be added here when the summary article is published at the end.