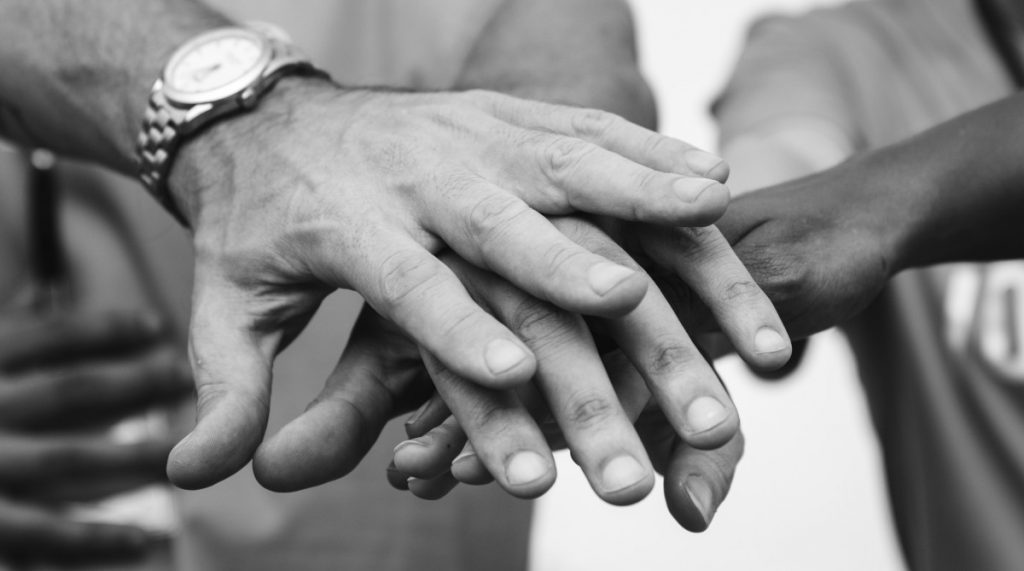 Something that I’ve seen popping up more frequently is what I’m going to refer to here as “team challenge arcades”. I’m sure someone will come up with a far snappier title but, by that, I mean something a bit escape-room-like but that, instead of a whole series of challenges to be overcome in a single environment, involves a series of smaller experiences (perhaps down to a single puzzle), each of which gives you a score that goes towards your overall result. The most famous examples are The Crystal Maze in the UK and Boda Borg in Scandinavia, Ireland and Boston, but I’ve come across several others.

Unlike escape rooms, which have developed a fairly common set of core rules, each version of these experiences seems to have come up with its own structure. The Crystal Maze has a single person play each room. Boda Borg goes for the full (small) team. Crack it in Bolton has two out of a team of up to six. The Crystal Maze has a finale in the dome, while Boda Borg and Prison Island just end the game when your time (or energy!) is up. In Tep Factor you qualify for additional games if you play well enough. Claustrophobia’s Arcade is a totally open experience, while Prison Island has entirely private rooms for each challenge. Boda Borg goes for heavy athleticism, The Crystal Maze for only light physicality, and Crack it for, broadly, none at all. Prison Island aims itself at children, The Crystal Maze at adults. Some let you repeat challenges, some are one-off and then you’re finished. In short, there are as many variants as there are brands, and a new venue needs to decide what will work best for them.

Of course, there are a couple of things that bring them all together. Firstly, there’s a sense of score – whether that’s crystals, number of rooms completed or some other metric – and secondly, they’re made up of lots of small challenges, which gives you a constant hit of adrenaline through the whole experience – there’s minimal downtime to be had here.

We talk a lot about what the future of escape rooms is, and the truth is that there are lots of different futures, but I think this is a big one. Why? Well, lots of reasons.

With conventional games, once you’ve completed them, they’re done. With this format, on the other hand, you’re likely to leave with some games incomplete. Even if you’ve completed every game, you may not have got high scores. And, even if you *did* get a high score, you can still go back and play to see if you can repeat the achievement. That may not seem likely but, if you were, say, organising a team-building trip at your company, you might choose to travel back to the game because you can still enjoy it. That doesn’t apply for escape rooms.

Maintaining escape rooms well requires you to periodically close them down. That has a financial impact. Yes, you can try to close them down during a quiet time, but it’s a very binary operation – either the game is bookable or it’s not. Breakages are even worse – they may require you to close, or at least substantially alter, a room with minimal notice. With multi-game experiences, you can close down a subset. When we recently played at Prison Island, two of the rooms were out of action but, with twenty still open, that didn’t affect us much. They didn’t need to give us any notice – we just rocked up and found some of the games weren’t open. That allows you to keep games in good repair with little impact on your bottom line. This in turn pays dividends – both because it makes your games more reliable for customers and because it’s cheaper to close at your convenience than to have to gaffer-tape it together until you can make a proper repair.

When it comes to upgrades, you can bring in new games without closing down at all. Just shut down a single game at a time and have a rolling upgrade. Even better, with a small room, a slight change in the rules can totally change the experience (compare a Simon Says challenge with Whack-a-Mole). You don’t even need to totally revamp the room, because it’s only one part of the overall experience. In an escape room you’ve – realistically – got to do something to change the feel or risk losing the all-important “surprise” factor.

Growth is easy to handle as well – build the first, say, eight rooms and then keep adding extra games as you become more successful. Those extra rooms can start providing revenue straightaway because, as I’ll explore later, every mini-room you open can offer additional occupancy. That’s different from an escape room, where you only start recouping your investment when a full game is built.

An average escape game has two or three rooms in it. For most companies, that’s a single team using up three rooms for a ninety-minute period.  If you convert that to a multi-game experience, then you’re likely to be able to fit in a minimum of three mini-games that could have the equivalent of three teams in them at a time. Creating an entire escape room that’s self-resettable is almost impossible, but creating a three-minute game of that type seems much more approachable. One puzzle doesn’t need to lead on to the next, so there’s no need to extract any objects which is the factor that usually stymies games auto-resetting.

Even better, if you structure it correctly, it’s easy to sell people an extra half hour or hour if you’re not busy. Getting people to sign up to a whole extra escape room seems a rare prospect, but the opportunity to go and put right that mistake you made in the last game or squeeze your score just a little higher on a skill challenge is surely very sellable. It’s even self-regulating. The busier you are, the fewer people are going to want to extend but, if you do have a lull, they’re likely to seize the opportunity to have free run of the venue, so you can even out your demand to some extent (obviously, one hopes that you never have significant queues, but a minute or two for each game seems acceptable).

Selling the concept of escape rooms is sometimes tricky. Even ignoring the whole “locked up” idea, people are worried about looking stupid. While that can equally apply to skill challenges, it gives you another hook. You can advertise as a mini obstacle course, a ninja warrior experience, a puzzle paradise or a dexterity challenge to different groups. There’s a risk that the mixture will put some people off, but my gut feeling is that it’s actually a bigger draw, allowing you to pull more people in. Plus, people can gravitate towards the part of the attraction they enjoy the most. When I visited Prison Island with my children, we avoided the more challenging puzzles whereas, If I’d gone with Mrs Logic, we’d have avoided the more physical challenges.

Looking at escape rooms, the things that people most often celebrate are communication, teamwork and physical puzzles. These mini-game experiences absolutely lend themselves to this kind of challenge. You don’t even need to justify their presence – there’s no real need to provide a storyline (although a theme – or themes in the case of the Crystal Maze – can help bring it all together).

It’s also more appealing to mid-sized groups, like stag and hen dos, because you bump into each other in the corridors. That’s a different vibe from most escape games, where you end up talking lots to your own team but not at all to teams playing in other rooms at the same time.

It doesn’t stop there, though. Something I hear from a lot of escape room owners is that they get corporate groups asking to come along but have to turn them away because they can’t cater for groups of 30+. For most companies, that scale means having five or six escape rooms. If you can run teams in most mini-games simultaneously (which is especially plausible with a corporate event), then you could easily fit that number into the same amount of space as is currently occupied by the typical four-escape-game company. It’s not just that you can get more revenue for the same square footage: you can start to access the fabled corporate business, which means daytime revenue. Similarly, if you provide games that kids can access, then you may be able to bring in after-school parties.

In fact, one of the big opportunities that I see for this model is games opening up as theme park experiences or, better still, somewhere like Center Parcs. The latter very recently jumped on the escape room bandwagon, but I see this as a far better fit with their demographic. The active nature of many of their experiences will likely attract people who are interested in this type of physical entertainment, with the added bonus of intellectual exercise and (from a UK perspective) being indoors.

That’s not to say all of the above is easy. There are a lot of challenges involved. You can’t start with a tiny facility in the way that most companies do at the moment. You have to commit properly with enough mini-games to keep people occupied for the full hour, and you’ll find that you have very poor occupancy during your initial opening period.

It’ll also be technically difficult – there’s a reason that most companies don’t pipeline their rooms and instead put a single team in at a time. Creating self-resetting content isn’t trivial, and not having a GM watching is always a risk both for the room and for players’ well-being.

It’s yet another concept to educate players on when we’ve only just got the hang of educating them on escape rooms. It’s also a model that’s been around for a while with Boda Borg and hasn’t exploded. I’d counter that, though: as simple electronics combined with programming becomes cheaper and more robust, not to mention us getting more ideas from the breadth of escape rooms on offer, it feels like there’s enough inexpensive content for this to start gaining traction. Whack-a-Mole, Simon Says, marble mazes, climbing, balancing, searching challenges, buzz wires, logic challenges, mashups of those and a whole lot of other ideas spring to mind.

If you fancy finding out more, you can read my reviews of Prison Island in Spain (which has franchises across Europe), Crystal Maze in London or Crack It in Bolton. Boda Borg is the big international player, and you can find a review of their experience on Room Escape Artist’s blog here. There are other companies – Never Give Up in Newcastle (England) has a hybrid between this and an escape room. Go Quest in Ireland is very similar to Boda Borg (from what I’ve heard), and TEPfactor is expanding into a variety of cities in Europe and beyond. Claustrophobia Arcade in Moscow looks like an exciting offering from an escape room company famed for impressive sets and automation – perfect for this sort of experience.

Know of any others? I’d love to hear about them!