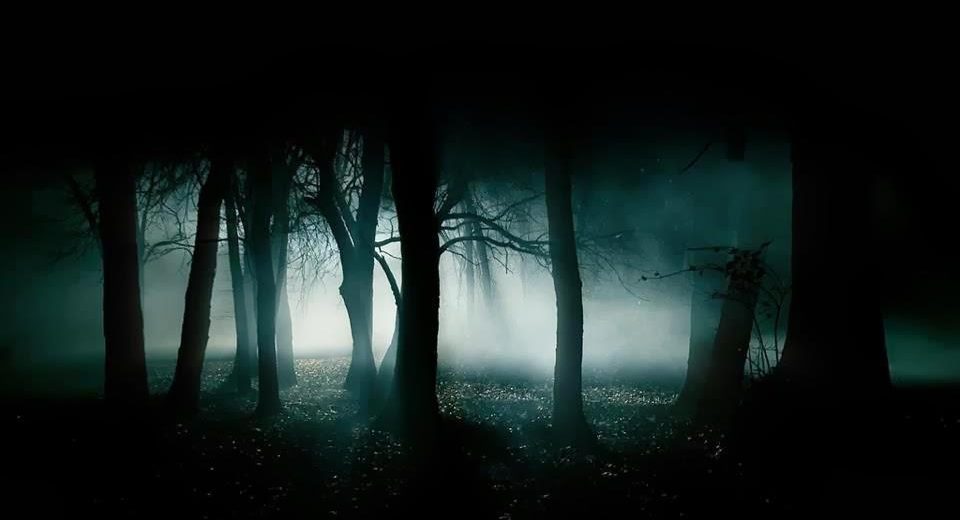 Darkwood Village certainly know how to create an impression. From the moment you arrive at the venue, you know this is going to be something different. It may be an innocuous building from the outside, but the immersion begins before you even cross the threshold, let alone get into the game. It’s not an entirely seamless introduction, but it’s still pretty exciting.

Where things really step up, though, is during the first few moments of the game. They’ve created a remarkable, spacious, malevolent area that allows you to scare yourself just as much as they do. The intention is that this space is shared with their other experiences, which I thought was a clever idea. You won’t spend long in it, but it helps you feel excited about future games at the same venue as well as allowing them to make effective use of the space. If it wasn’t for that, I think they’d struggle to justify the huge amount of effort they’ve clearly put into creating it.

It’s not long before you find yourself in Mrs Rose’s Cottage itself and the proper scares can begin. Our team was able to handle what they threw at us, so they quickly ramped up the scare to the max. The problem with that was that we still had a significant proportion of the game left and they couldn’t keep dialling things up. It’s one thing to find that the scares aren’t that scary, but it’s another to know they’ve got nothing more to give. That left us feeling that the ones we did encounter were repetitive rather than fun.

It’s not just at the beginning that they create a beautiful setting. Later in the game, the decoration is elegant too, and they’ve matched that up with some enjoyable transitions so that you feel like you’re constantly being pulled between the different intriguing spaces.

While there aren’t as many puzzles here as in a typical game, they’re logical challenges, and a couple of them were really fun. With the exception of one tough search early on, we found the room to be quite fair. The end sequence gives you another fine set of puzzles although, once we got through them, we were left racing out of the door unaware that the game was over. It was a fairly natural place for the experience to draw to a close; I just think that they should aim to make it clearer that it’s the final step in the game so that players don’t feel disappointed when they’re in the process of escaping (although I’m willing to believe that was just our team).

I absolutely adored the start to this game, and I think the rest would have lived up to that had we not quickly reached the limit of what they could do from a scare point of view. This is a beautiful game with some good puzzles, and I think most teams will find it to be one of their favourite experiences in the city.

We played as a three and escaped with about 30 minutes remaining. As ever with scary games, I’d worry less about the numbers and more about the people – if you’re scaredy-cats, then you probably want to take a larger group along, but three should be fine from a solving point of view.