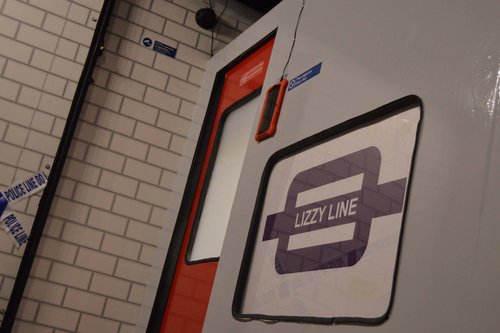 Clue Adventures had a good showing with their first room, so I was excited to see what they’d come up with as a sequel. In a move that surprised me, they’d opted for a game that was entirely focused on two players. It’s a bold move – it sets the price point high and cuts a lot of the market out of the game. On the other hand, if you’re looking for a two-player game in London, there aren’t many choices, so one that is entirely dedicated to that market might prove a successful choice, especially if there isn’t quite enough room at the venue to host a full-sized game.

Before entering the room, they explained how the game would work. While the host was fluent and clear, I couldn’t help but feel that it would have been far better to incorporate that side of things into the game itself. The story here is that you’ve been set a series of challenges by an evil mastermind, so they could have weaved almost anything into the opening video. Instead, by telling us that we’d encounter a case in the centre of each room that we’d need to solve first, they broke the immersion by reinforcing that we were just playing a game.

A mad man is threatening to sink London into the ground, unless two special people can solve the puzzles he has set them. As well as complying with his orders, you need to find out who this mad man and his gang are, and put a stop to their evil plan.

As the name and description suggests, this is a train-related game. More precisely, it’s set in the Underground, and the first impression on entering the room was good. They’ve mocked up a decent station-like experience that really carried the theming nicely (while obviously not infringing on the Underground logo!). There were some rough edges if you looked carefully, but the fact that walking back into the local Tube station afterwards left me feeling slightly disconcerted speaks volumes about the general feeling.

Before I dive into the game proper, I should probably mention something that is, to me, unique about this game: you’ll be wearing headphones and a microphone throughout. There are lots of reasons why that’s a good idea – there’s a personal soundtrack, you don’t hear the team playing the venue’s other game or the sound of the trains passing overhead, and the GM can hear *everything* you say to your teammate. Having said that, I’d have liked to see them dress it up a bit more as being part of the storyline, and I found it distracting at times because I effectively heard an echo to everything that was said with a very brief delay.

As you might imagine, the headphones were also the mechanism used for clue-giving. Unfortunately, they had a problem on the day we went, and all clues were delivered via the screen. These things happen and, rather than dwell on that, I think they deserve kudos for having a second, very good, cluing mechanism both from a robustness point of view and in terms of making the game more accessible.

And clues, you will likely need. There’s a significant volume of puzzles to get through in the game. We got asked if we wanted a hint after only three minutes. Now, in this case it was because we’d missed something obvious and were wasting our time, but I don’t think I’ve ever been prompted that early in a game. It’s tough – the GM doesn’t want you to get behind schedule but equally you don’t want to be spoon-fed everything.

And this perhaps is the biggest problem I had with the game. It’s very linear, and there’s lots to do, so you can’t afford to go, if you’ll pardon the pun, off the rails. You’re clearly signposted from puzzle to puzzle but, if you miss one of those signposts, they can’t leave you to get yourself back on to the main line. They have to intervene and pull you back, and that can be frustrating at times. I like to think we did reasonably well, and the failure of the primary clue system exacerbated things slightly, but I can’t help but feel that novice teams will feel like they’re almost being walked through the game.

The experience is set in a relatively small space – perhaps explaining why they went for a two-player game – but they’ve made excellent use of it and deserve credit for how they’ve managed to achieve a sense of exploration with a footprint that is smaller than many individual rooms in games. It never felt cramped, and the only place where there’s any contention for space is when the theme dictates it.

The puzzles were enjoyable throughout and felt logical – when we were in need of clues it was because of our failings and not the games. If you’ve played their other game then that probably won’t come as a surprise although for me there weren’t as many interesting physical puzzles/interactions in this experience as in the Book of Secrets.

The end of the game was both a highlight and a disappointment for me. The final puzzle felt like it really didn’t belong in the story, or at least not in the context in which it appeared. On the other hand, the way the story ended was a beautiful way of finishing off the game on several levels. Fortunately, it’s easier to ignore a puzzle that didn’t quite fit, so we ended the game with smiles on our faces.

After getting stuck on that one puzzle for quite a while, we ended up escaping with 55 minutes on the clock. Along the way we received around five clues (for observation/search failures).

This was a solid game that players will have plenty of fun in. There’s strong theming, some surprises that will delight, and puzzles that, while maybe not groundbreaking, didn’t feel like more of the same.

Obviously, I’d recommend playing with two players although, to be honest, I’ve played games with less puzzle content that claimed to support five. If you’re a couple looking for a game in London, I doubt you’ll find anywhere that’s better suited.