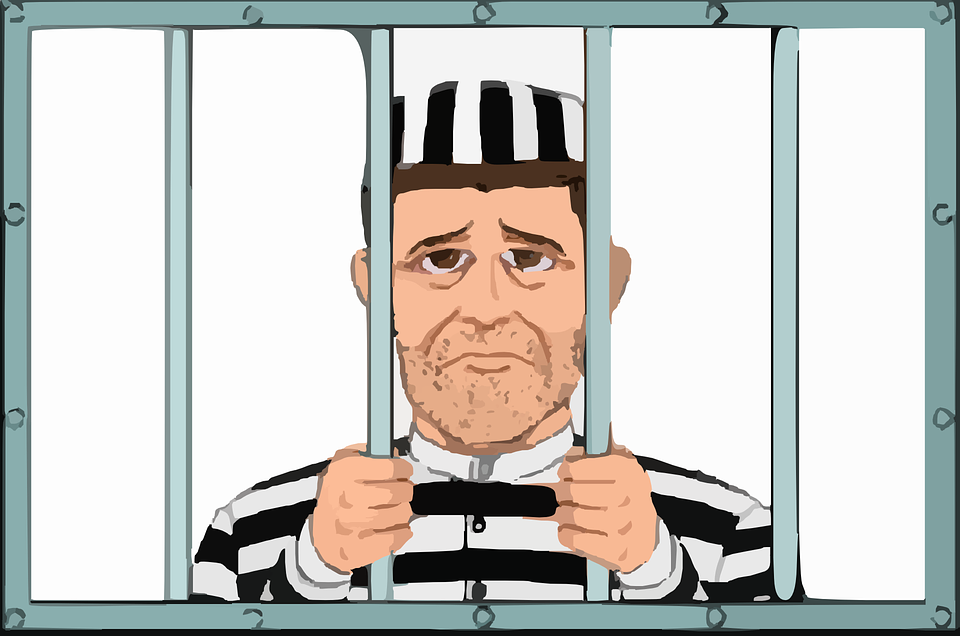 Having played the newest Cryptx game, it was time to try out their older experience, The Gaol, and see where they’d come from. Before that, though, we had a few minutes chatting to the owner, James. If you’re the sort of escape room team who likes to engage in banter with your GM, then you’ll be in your element, because he’s the sort of GM that’s quite happy to laugh with – or at – you. If that’s not your cup of tea, however, don’t worry – I’ve talked to other people who’ve played and he seems to moderate accordingly (although I’m sure you’ll never get him to admit it!).

You have been accused of hacking into the Pentagon’s main frame.

Whilst waiting for extradition to the USA, can your computer wizardry and cunningness help you to escape?

There’s not a huge amount of introduction to the story in this game: you’re in prison for a crime you didn’t commit and have to find the real culprit before escaping. After that, you’re led into the room and thrown into jail. Or at least half your team is – this is a split-start game where you have to work together to progress.

The jail cell was thematically solid but not the most exciting of starts. The teams are on opposite sides of the bars, so they can communicate easily and pass tools back and forth. The only restrictions are on the ability to search for yourself, see some corners of the rooms and pass large items. It’s a nice twist for novices but, as an enthusiast, I was hoping for something a little more obstructing.

Aside from those bars separating you at the start, there’s nothing massively thematic about the space: it’s pretty much a thinly disguised office. The focus is very much on the puzzles, of which there’s a decent variety. We found them to be logical throughout and, while I wouldn’t describe them as hard, they definitely weren’t on the easy side. Only one felt like it was tough enough to frustrate people – if wordplay is not for you, you should think about inviting someone who does enjoy that kind of thing.

Most of the experience sees you using padlocks, keys and codes, although you do occasionally see some tech. Ironically for a split-start prison game, the best communication puzzle came at an entirely separate part of the experience and had nothing to do with the jail cell.

There were a couple of moments where we found we could circumvent particular challenges. The owner has an interesting philosophy to this which I’ve rarely seen: as far as he’s concerned, if you come up with a clever way of solving or bypassing a puzzle, then it’s all fair game. It’s a nice feeling when you don’t have to worry about what you’re “meant” to do but can just get on with it and solve the puzzles how you see fit. Whether or not you choose to do that is up to you, but rest assured that there are no tricks in this room – you should be able to solve all the puzzles without having to do anything that’s even vaguely questionable.

The finale to the game was pretty clear but felt a little weak. You could easily brute-force the solution before solving all the puzzles and, in fact, you don’t even need to solve everything to get out of the room. That left me feeling slightly uncomfortable during the final moments, because I wasn’t convinced we were really finished, which took the edge off the experience.

We completed this game with 20 minutes left and I don’t think we took any clues (which would have come over a walkie-talkie).

This is the sort of room that works well in a new market: you’re not going to be amazed by the decor, but the prison bars will be exciting for most new players. Similarly, the puzzles aren’t likely to challenge you hugely but, crucially, they’re logical and unlikely to cause frustration. It’s not going to blow enthusiasts away, but it’s a fun experience and, if you’re in the area, it’s a good way to spend an hour.

We took along four people, but three would have been perfectly fine too. Beginners will likely want one or two more.