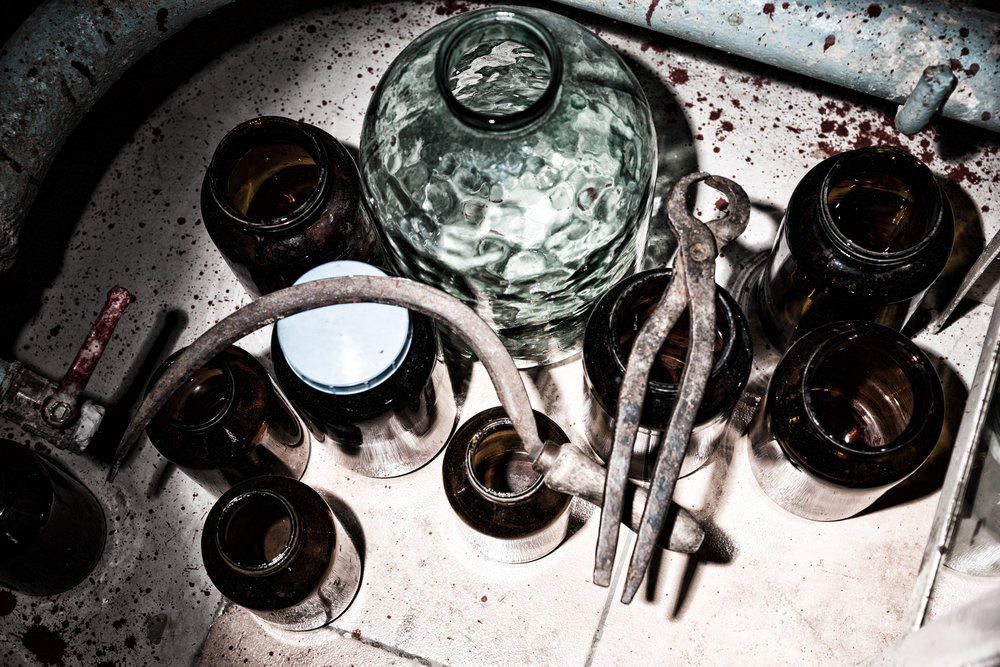 Deception Escape Rooms isn’t the sort of escape room that you’ll drop in to as you’re travelling around the country. It’s nestled on the edge of the Peak District in the town of Matlock, so it’s likely to be a bit of a detour unless you’re already planning a day in the area. The good news is that Matlock’s a lovely little town, so it’s the perfect place to stop in for an escape room (or two), a gentle wander and maybe a visit to a tea shop or country pub.

The venue didn’t particularly stand out from the outside but, once indoors, there’s a very pretty waiting area which hints at what might lie ahead. My biggest fear when playing games that are relatively isolated is that, without competition, they can throw together a relatively simple game that’s little more than a few padlocks in an office building. In this case, the reception area absolutely put that concern to rest.

We chatted with the owners who, as you’d expect in this sort of location, were lovely, friendly people and, pleasingly, had plenty of escape room experience from both within the UK and around the world. We also took the chance to play a mini escape-style puzzle they have set up in the reception. It’s a great idea to have that in their waiting area, because it gives players a rough idea of what escape rooms are about in a less intimidating environment than, say, a locked room!

The briefing for Trapped takes place in a space just outside the game but through the door from reception – perfect for ensuring players are neither distracted by people in the waiting area nor by the game itself. And a well delivered briefing it was, too – clearly rehearsed and delivered with a theatrical flair.

Trapped… in a body broken by war. Trapped… in a mind of emotional turmoil, brought on by the death of his brother.

Now, Trapped… in a web of secrets and horrors he can no longer control……

It’s an unusual backstory and, reading the description, I wasn’t at all sure which direction the game would take. Would it be a horror-style game or something lighter? The answer is that it’s fairly dark (both literally and metaphorically). While I wouldn’t describe it as horror, it’s certainly creepy and will undoubtedly have some people genuinely scared.

It’s not a jump scare sort of room, though, and that subtlety ties in well with the story, which isn’t in your face but unfolds with each step forward in the game. The decoration varied significantly as we went through the experience – sometimes very pretty and at others relatively bare. That didn’t damage the gameplay, though, with the darkness meaning that decoration wasn’t so critical. In fact, in some ways, the decoration echoed the journey of Dr Papét himself. The exploration aspect really excels in this game, where they rarely took the easy way out. One point in the experience particularly stood out as a clever use of the space to heighten the tension.

They don’t pull their punches with the searching so, if that’s not your thing, then be prepared to ask for clues! There are still plenty of puzzles to get your teeth stuck into, but I think it’s on that side that you’ll encounter the weaker part of the game. One particular style of puzzle was used a little too often for my liking, and a couple of key puzzles in the middle of the game were shaky – one being destructible and another requiring a bit of a leap alongside red herrings that caused us significant confusion. They’re not truly frustrating, though, so accept that you may need to take a clue and I don’t think they’ll get in the way of your enjoyment.

The finale ratchets up nicely over the last few puzzles, bringing an increasing sense of foreboding to the players. It’s not the most spectacular ending, but we found that it was a good way to finish the game and, while they did something that I’ve seen cause problems in other rooms, here it seemed to work well to add a little fun to the escape.

Our team of two escaped  in fifty minutes with a single clue. We opted to have clues offered to us when they felt they were needed.

Trapped is an enjoyable escape room with plenty of puzzles plus a great sense of exploration and story as you wend your way through the game. The puzzles were enjoyable and, while I felt a couple were a bit of a stretch, the one place where we took a clue was for something we really should have got without help.

We played as a two, but there was a fair amount to get done, and I’d generally recommend a team of three enthusiasts unless you’re scaredy cats! On the other hand, if you want a scarier experience, then definitely head in as a two! The game becomes relatively linear towards the end so, if you take more than three, be warned that you may find yourself getting in each other’s way. For beginners, I’d recommend a largeish group to make sure you’re not playing catch-up throughout.