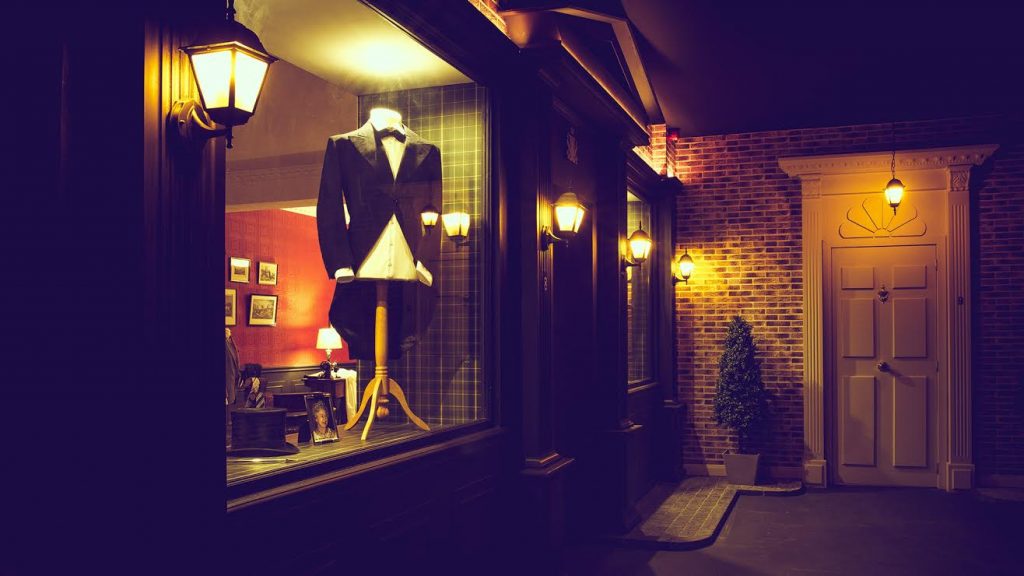 There are some games that you know are going to be good as soon as you arrive. Few venues have impressed me quite as much as Escape Rush in that respect. Before you even enter the building, you can’t help but realise you’re somewhere special. So special, in fact, that you’d be forgiven for thinking you’d come to entirely the wrong place. Escape Rush does not look like a place where you’ll play an escape room – this is a place where you start an adventure.

Once inside, there’s a comfortable waiting area that looks entirely at odds with the mission ahead: infiltrating a Russian submarine bunker. This is old-world opulence, not just in terms of the leather sofas but in the sense of space. I’ve played in escape rooms that are significantly smaller than just the waiting room here. Escape Rush isn’t in the city centre, which is what presumably allowed them to be more generous with their space; but, even taking that into account, this is impressive.

If you had to pick out one really impressive aspect of Submarine Bunker, it would undoubtedly be the set. We repeatedly had moments that were unexpected and delighting in equal measure. Almost every time I entered a new space, from the moment we left the street outside to the finale, I was surprised by what we found. Even when they hadn’t gone to a lot of trouble to dress it up (as in one particular example which was pretty much bare concrete), it still worked well.

So, yes, this is a stunningly beautiful experience that will make you feel like you’re in a movie. But what about the other elements of the game? Well, the sense of story and exploration were also strong. There’s a good story here both in the background to the Ravenswood organisation that forms an overarching narrative for this and their future experiences and in the way the journey unfolds within the game. Contrary to what you might expect in view of that, this isn’t an experience that relies on you reading, listening or watching videos during your sixty minutes. Instead they’ve opted to let the set itself tell the story and, as a result, give you a very clear picture of what you’re doing.

On top of that, the puzzles within the game fit in a broader mission that ensures there’s a clear sense of progress and an idea of what you’re aiming for. In fact, it felt very much like there were a number of sub-missions we had to complete in order to meet our final goal, and that really helped give a sense of our place in the overall story arc. Occasionally, I still felt a little lost, though – while I understood the sub-missions I undertook, I wasn’t always clear on where to start, and the path they’d chosen for set design was such that you could feel overwhelmed with the number of possible things to investigate that turned out not to be useful for progressing.

One particular problem we encountered – and which caused us frustration – was that it wasn’t always clear whether the next step was to search or solve. In some ways, they were hampered by the size of the set they’d created. Had they opted for a smaller area, we would quickly have realised that there was nothing hidden and would have continued trying to find a puzzle to solve but, as it was, we spent a long time fruitlessly searching the space only to return empty-handed.

The puzzles were good but not stellar, opting for safe challenges rather than innovation. While I enjoyed the vast majority of them, a couple felt a little more maths-based than I’d have liked and, on occasion, they repeated a little. Overall, though, there’s more than enough to keep players satisfied and, even better, they’d made good attempts to fit those puzzles within the narrative.

This game is undoubtedly an incredibly impressive immersive experience with a sense of scale that few escape rooms can rival. And yet… I found myself not enjoying it quite as much as other games that were more basic. That came down to just a few key moments that I can well imagine other teams not encountering: the overwhelming nature of the realism they’d created that left me feeling like I was surrounded by red herrings, an uncertainty on multiple occasions over whether the next stage involved solving or searching (with the corresponding frustration when we chose the wrong option), and a puzzle that we ignored because the rest of the mission had been relatively directed.

There’s no doubt in my mind, though: if you’re in Brussels, you should definitely take the trip to play this game. Want a second opinion? I’d highly recommend Toby’s write-up over on Escape the Review.

That’s all on Escape Rush. Want to read more about Brussels games? Click here to head back to the main Brussels page.