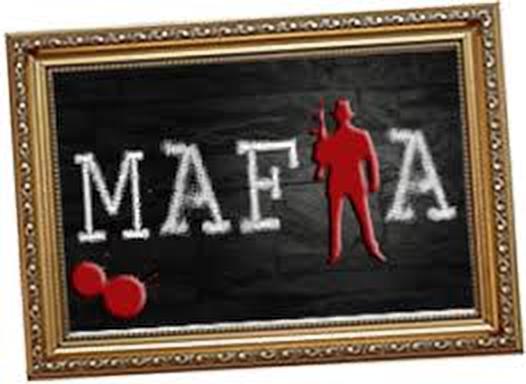 Having just come out of the high-tech, automated game The Heist, I was curious to see where Enigma Rooms Doncaster had gone with their latest experience, Mafia. Chatting with the owner between games, he talked about how he’d moved back towards a more traditional experience, so I was keen to see how that had worked out.

The other thing I did between games was dive out of the building to move the car. There’s plenty of free parking just along from the game, but it’s limited to two hours so, if you’re stopping by for multiple games or going for a meal afterwards, you’ll probably want to head to one of the car parks slightly further away.

The mafia have got the city in a strangle hold, you need to take down The Family! You’ll need to go deep under cover and watch each other’s back or you might end up sleeping with the fishes…

We’d been quite impressed by our first view of The Heist, but Mafia was even better. They’d created the vibe of a small restaurant with relatively simple but pretty decoration that made the game a joy to be in. Again, they’d gone for a decent amount of set dressing, which might leave you worried about red herrings, but we found that it was generally pretty obvious what was relevant and what was just there to add to the ambiance.

Mafia isn’t a game where the story progresses much inside the room, but what they have done is create a coherent world. The references to gangsters, the look and feel of the rooms and the props they’ve used to create the puzzles all lead to a feeling that you’ve been transported to another time. Yes, immersion was dented on occasion by the way puzzles had been squeezed into the room or with padlocks that stood out, but those were reasonable trade-offs to make the puzzle side of the game more enjoyable. While the padlocks may have harmed immersion slightly, they didn’t harm the game flow, and we were rarely confused about where a code needed to be entered. Not that every puzzle resulted in a padlock being opened – they weren’t afraid to use technology when they could fit it in. They’d clearly learned their lessons from the first room and had used technology judiciously to enhance the game where it needed it but fallen back on padlocks when it didn’t.

Regarding puzzles, they’d opted for quantity over difficulty, so there was a real sense of flow to the game, with individual challenges rarely holding us up for too long. There’s a focus on observation-based puzzles and nothing that I’d describe as a skill-based or physical challenge. That weakened the game for me, although it’s very much a personal bias, and I’m sure some players will enjoy that balance.

While the nature of the puzzle flow was sometimes linear, our movement through the room wasn’t, and we had to backtrack on a couple of occasions to join the dots for specific puzzles. That worked particularly well in a room that had been so well decorated, forcing us back through the sets so we could appreciate them again.

You know what the goal is from before the game starts and, while that worked well enough, I found myself a little surprised when we finally reached the end. We were rapidly running out of padlocks to open, so I was pretty sure we must be close, but there was a lack of anticipation: suddenly we’d pretty much completed the mission, and all we had to do was escape out the door.

We escaped in around 40ish minutes having taken a single clue.

Mafia is another beautiful game but, this time, Enigma Rooms had the puzzles to back it up. With a pretty set, good transitions and solid puzzles, this game should appeal to enthusiasts and beginners alike.

We played as a two, which worked well, but I wouldn’t worry about taking three or maybe even four players along given that, at times, it’s parallelised and there’s plenty of space.