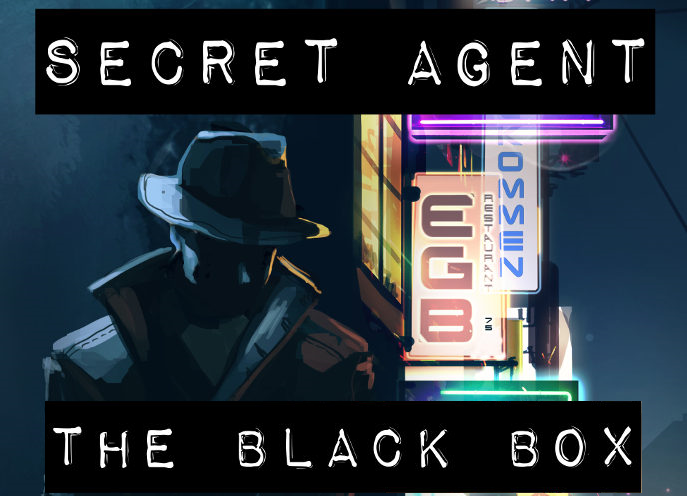 Secret Agent: The Black Box is a very unusual game in that Escape Game Brighton won’t let you book it online. Perhaps that’s an attempt to give it an extra level of mystery, or maybe they want to keep it for experienced players, but the result was that I totally forgot about its existence when booking our day out. As it happened, they had a free slot and, since we’d got out of the first game so quickly, they let us have it half price. Every cloud has a silver lining.

Walking into the game, we could immediately see it was a step up from their other two experiences. The room looked reasonably welcoming, with old furniture that didn’t look too run down and some interesting spaces to investigate. It’s not an expansive game, but there’s still some sense of discovery that made me keen to start digging into the puzzles.

And they were pretty good too, with a couple of more interesting challenges to investigate as well as the usual run of more normal offerings. As seems to be the way here, there was one horrendous puzzle that felt more like guesswork than solving. The premise was OK, but the detail meant that, once we had worked out what we were meant to do, it took another ten minutes to get to the right answer. Put it this way: I quickly decided that I couldn’t get the answer, so I instead permuted through the 48 possibilities until I found the right one. My teammates eventually suggested – tentatively but correctly – two of the three numbers, so maybe it was solvable, but it certainly wasn’t a crisp puzzle.

There’s a nice sequence of puzzles to finish the experience, although a weakness in one of them allowed us to accidentally solve it out of order. Not a big deal, however: we still ended up solving everything in the room, but I suspect we’d have had a better experience if we hadn’t chosen to be a bit creative in reaching an item when it was likely there was another way. Try not to make the same mistake!

We escaped in 27 minutes without taking a clue.

Of the three games at Escape Game Brighton, this was by far my favourite. It had some solid puzzles and a couple of nice tricks and looked far prettier than the other two. It’s still not as good as any of the other games in the city but, if you do head along, I think you’ll enjoy the experience.

We played as a three, which seemed like a good number.