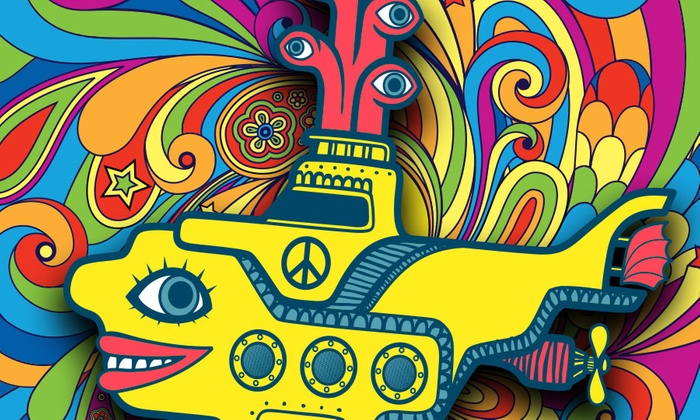 Tucked in the heart of Liverpool, Escape the Yellow Sub is a 50-minute game with a high-energy GMing experience. The owner (and our GM) got the game off to a great start, reassuring us that, while there might be a Beatles flavour to the experience, it wasn’t critical that we knew anything about them (although, it turned out, there are a couple of moments where it helps!). There’s barely enough room for a full-sized team and the GM, so turn up on time and be prepared to be whisked into the submarine after a quick briefing.

Inside, it’s a small space, and there’s little sense of exploration to enhance the game. In some ways, that’s the charm of the experience. It’s a submarine, so a roomy game wouldn’t really work and, instead, it’s the density of puzzles and the amount of discovery they manage to pack in that gives it its strength. Don’t expect a significant story here – the Beatles and submarine themes never really do much more than provide the decoration for the game.

Can You Escape, who I believe created the precursor to this game, are well known for creating heavily structured experiences. You could see some evidence of that in this game, but it was far less obvious here. That bit us on a couple of occasions where we didn’t really understand what we should and should not be able to solve. That feeling of uncertainty meant that we didn’t really commit to any of the puzzles and instead bounced around the room trying to work out what we could work on.

Clues are given on request – as often as you like. I found that interesting given the game’s 35% success rate. People are choosing not to take hints till, presumably, it’s too late to get out. Perhaps that’s partly related to the fifty-minute duration. The room may have been smaller than most experiences, but I didn’t really feel it had fewer puzzles than a typical game. Content-wise, you could easily sell this as a full hour.

When the puzzles were good, they were really enjoyable, with some interesting twists. In a couple of them, padlocks had been replaced with more physical interactions, while another was a fun physical puzzle that managed to be simple and yet still feel rewarding. A third puzzle effectively gave us a key but in an original manner that again veered towards a physical interaction.

So yes, the puzzles could be enjoyable, with fun physical elements to them but, on other occasions, we were left a bit flummoxed. A couple of times we failed to understand that we could interact with the set in a particular way. Perhaps we were being slow but, on at least one of those occasions, I felt they could have made things much clearer. Another detraction were some of the clues, which were provided on pieces of paper taped to the set. I think they used to be far cooler interactions but the delivery mechanism has been broken and not replaced. None of that was terrible, but we found it took the shine off the game a little.

The other thing that’s noteworthy about this game is that there’s plenty of humour. In the intro, sometimes within the puzzles and in one memorable moment, in a totally irrelevant interaction within the game. The experience wraps up with a simple final challenge that’s a little bit trickier if you’re playing as a pair. Throughout the game, there’s a measurable sense of progress towards the finale. That creates a good sense of anticipation and excitement, particularly at the end of the experience.

The Yellow Sub is a fun adventure, but I can’t help but feel that they’ve under-delivered. The thematically confined space doesn’t make up for the lack of exploration and, while the puzzles are good fun, a lack of signposting for a few of them meant that all too often we were left wondering where to go next which, in turn, adversely affected the flow of the game.

Our team of two escaped with ten minutes remaining having taken 3 clues. I’d recommend that team size for serious enthusiasts, and I wouldn’t take a team of more than three: you’ll get frustrated at not being able to access the puzzles, and it’s a pretty small space!