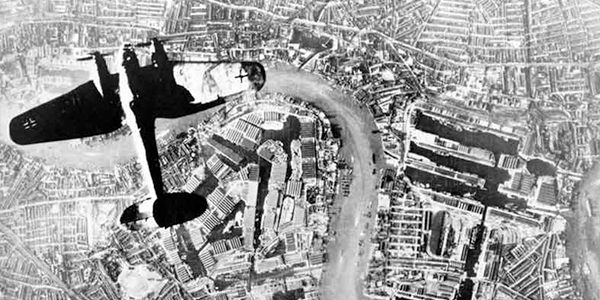 Exciting Escapes has been growing steadily over the last couple of years, with venues appearing in Basingstoke and Portsmouth. On this visit, we were returning to their original Southampton location where we’d played previously. At least, I thought we had, but that left me confused when we arrived at the venue: things have changed a lot, and the way you’re greeted now is very different from their original introduction. It’s a simple thing, but it turns the entire experience – rather than just the time you spend in the game itself – into an adventure. I was excited before we’d even entered the room.

All the games from Exciting Escapes have had good sets. They know how to create a realistic environment complete with the audio tracks that transport you to the world they’ve created. Right from the first moment we entered Silence is a Virtue, though, it was clear they’d taken a step up. Throughout the experience, I was impressed by the quality of decoration and the way they’d captured the feel of a church. In places, that was through grand gestures with big, bold furniture but, elsewhere, it was just a notice attached to the wall that seemed very much the sort of thing that you might have in a small parish church. The decoration fitted. Rarely did something stand out as being there just for the escape room.

There’s a fun mechanic in the early stages of the experience that doesn’t add to the puzzle content but absolutely adds to the experience. While I’ve not played anything that implements exactly the same idea, I’ve played rooms with something similar and find that, after the first few minutes of the game, they can get a bit repetitive. The good news is that the gimmick doesn’t outstay its welcome so, as you progress further into the room, you leave it behind and get back to a more standard experience.  I guess it’s a bit like darkness; it can be fun for a short period, but it shouldn’t dominate the game.

I thoroughly enjoyed the puzzles here, with plenty of logical challenges to keep us busy. They weren’t super-complicated – it was rare to have more than a couple of steps to get the answer – but there were plenty of them, and that really helped to give us a sense of flow while travelling through the experience. I was also pleased to find that we could solve in parallel, so there was plenty to keep our team busy.

As well as flowing well through the game, I found there was a nice balance to proceedings, with a gentle introduction, a meatier middle to the game with plenty to get our teeth into, and then a finale which went to town with decoration but only had a small number of puzzles. The ending, while by no means weak, felt like it missed out on its potential. Firstly, there was a puzzle that felt very much like Maths homework – not a big deal for me, but I know a lot of people will find that off-putting. Soon after, there’s a challenge that excludes most of the team – not ideal when the clock’s ticking down and everyone will want to be involved! Finally, there’s a challenge close to the end that felt like it should be a puzzle but ended up being just a search. That left me wondering whether I’d skipped part of the game at a moment when I should have been focusing on the excitement of the experience.

That sounds very negative, but the prettiness of decoration and the relatively short duration of those final few steps means that it’s not a big deal. It’s also helped by them re-energising the players with the final action in the game. It’s a clever way to bring the whole experience to a close and ensure that you burst out of the game with excitement and a strong memory of the experience.

We really enjoyed our time in Silence is a Virtue, and I’d thoroughly recommend a visit. There are plenty of fun, logical puzzles, great decoration and some memorable moments along the way. It’s by far my favourite of the games I’ve played at Exciting Escapes. They’ve always had the ability to deliver immersive environments, but they’ve dialed that up here and, at the same time, improved the puzzle content.

Our team of two escaped in 41 minutes having taken a single clue. For enthusiasts, I’d suggest two or three players. If you’re taking a fourth along, be warned that at the beginning and end of the experience you may feel like you’re treading on each other’s toes slightly.