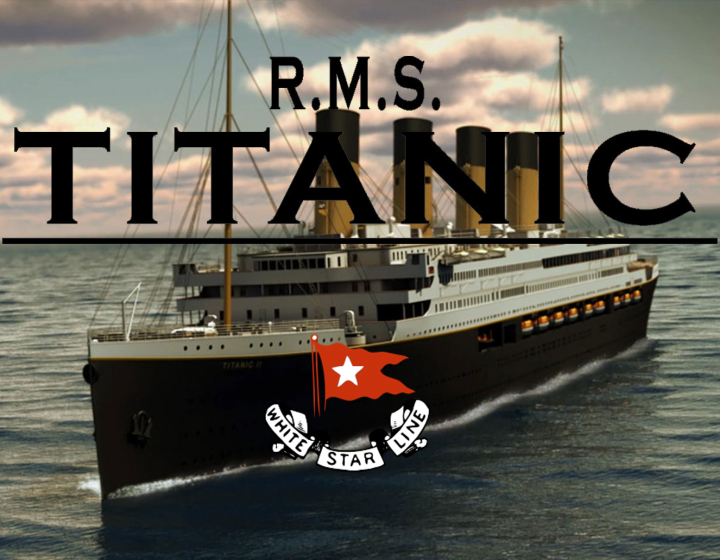 I don’t think it’s an accident that Houdini’s use the term Escape Room Experience for their company. Yes, they have escape rooms, but they’re aiming to deliver an experience that’s far broader than the room itself. To start with, there’s an impressive waiting area (although it’s not huge, so probably best not to arrive half an hour early, as we did…) where they offer you a drink and take the time to chat. Indeed, when we arrived they were engrossed in conversation with a group who were about to play their Alcatraz room.

From there, you’re greeted by your a member of the Titanic crew and taken to the briefing area, a beautifully presented mini-theatre, complete with complimentary popcorn and Skittles.  I’d experienced that before, but they’ve gone one further in this game by moving players smoothly from there direct to the game. In fact, I’m not even sure when the briefing ended and the game itself started.

Once inside your cabin, you get plenty of easy puzzles right from the start. In some ways, I think that’s a great way to start the game – several relatively straightforward challenges to teach people how escape games work – but in others it feels like quite an intense and potentially confusing start for beginners. Given the minimum team size of four, it does mean that everyone can be involved from the word go, and I don’t expect enthusiasts to have any issues beyond choosing which thing to start on.

Fortunately, the density of puzzles quickly drops while the puzzle difficulty goes up, and you have a chance to catch your breath and admire the scenery. Titanic is a beautiful set and, based on post-game conversation, it seems that they regularly refresh the paintwork to keep it in the sort of condition you’d expect for a brand new ship. The game itself has a reasonably sized footprint, but the way they’ve used it makes it feel much, much larger and gives a real sense of exploration to the experience.

Throughout the space, they deliver enough by way of props and decoration to immerse you in the experience without providing so much that you’ll get frustrated by red herrings. On top of that are several moments of theatre to further that sense of immersion and they, along with the sense of exploration, are effective in conveying the underlying story of escaping from the vessel. The way the story is embedded here is a little unusual. You could entirely ignore it if you wanted, and I think the gameplay would be unaffected. Pay attention, though, and you’ll find there’s plenty going on.

In fact – if you’ll forgive the analogy – what you see is just the tip of the iceberg, with several subtle references to the disaster that all but the Titanic historians will likely miss. What is clear is that this game follows the true story without trying to rewrite history. You’re not attempting to avert disaster but just escape from the ship before it goes down and, as the game progresses, some of the events you encounter echo the true events of that fateful night.

This game isn’t about the puzzles. Don’t get me wrong: there were plenty of good challenges in there, but the overwhelming feeling I got was that it was about trying to immerse you (in the game, not the Atlantic!). The points where that stuttered were clear uses of technology that clashed with the faithfulness of the rest of the set. There were reasons for each – in one case to enable a puzzle, and in another to create a visual effect. Whether that was worth the trade-off is a personal decision – how much do you care about pure immersion and how much are you a pragmatist?

The finale isn’t a blockbuster exit, but it’s more than good enough and provided a satisfying focus for the latter stage of the game.

From the moment we arrived, Houdini’s delivered an experience. The intro to the game and even the transition into it are fun experiences. It’s beautifully themed, with a sense of exploration across the ship and attention to detail that really helps with immersion. Add in some good puzzles and a few moments of theatre during the experience, and you have a well rounded game that is bound to go down well with the players.

Titanic is a minimum four-player game although, given our experience, we were allowed to play as a team of two and escaped in 71 minutes having taken two clues. While there were certainly a couple of moments where I think large groups will find some teammates looking on, the game will work well overall, and the increased number of players will probably generate a sense of crowdedness and confusion that will add to the immersion.