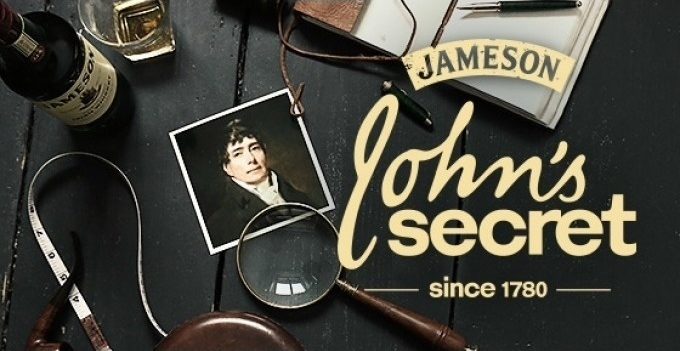 With two games to choose from at Indizio, people who know me well might question my selection of John’s Secret (a room sponsored by Jameson Irish Whiskey) over Rabbit Hole. Fortunately, someone who’d visited recently had told me that Rabbit Hole was a duplicate of a game I’d played at Escape World in Amsterdam last year. That’s becoming an increasing problem as I travel round Europe – the best games are being replicated across the continent and, unsurprisingly given that escape tourism isn’t really a thing, there’s little warning when you come to book.

Although this was the second game we’d played at the venue, we were joined by some new people for this experience, so we got the opportunity to hear the GM’s introduction again, which made it clear that it’s a well rehearsed routine. Somehow, that took the magic away to an extent, although I know that’s a little unfair – you can hardly expect them to ad lib every briefing. We’d brought along two teams for this slot, so they gave an initial “welcome to escape rooms” briefing to the whole team upstairs and then took us to our rooms for the room-specific speech.

What could be better than hanging around with your best buddies in your favorite bar with your favorite choice of whiskey?
That’s why we opened a trendy bar in the style of Jameson. But be careful, an evening there turns into a mysterious challenge – and the clock is ticking.

The question is: What is the secret to good taste? Immerse yourself in the world of Jameson and discover how John Jameson created his mellow and timeless whiskey.

Look out for small details, find useful equipment and solve the mysteries in a bar atmosphere at its best. Together find out what lies behind “John’s Secret”. And don’t forget – Sláinte!

John’s Secret is a lovingly created room that gave the vibe of something between a trendy bar and a speakeasy. Throughout the game, there’s good decoration to carry that theme and plenty of props to investigate. I was occasionally left wondering whether some of the props really fitted the theme, but there was nothing that looked horrendously out of place. For my taste, there were a few too many red herrings along the way and while, as an enthusiast, I was reasonably confident that they were just decoration, when we got stuck, I inevitably fell back on a careful and tedious check of these before asking for help.

The puzzles were a little bit of a mixed bag, with some being very clear and easy to understand, some being a little tougher but ultimately yielding to our combined brain power, and a couple being on the painful side. One set in particular felt like they’d been shoehorned into the game at the insistence of Jameson’s marketing people rather than because they were sensible additions to the flow.

We were playing with a large group of six people so, with a relatively linear game, there was a real feeling of being sidelined at parts of the experience. In one case that was because we physically couldn’t all fit round an immovable clue that was central to the puzzle while, in another, there was a prop that was necessary to solve the puzzle but which they’d only provided in enough quantity for just over half the team.

This was a mission-based game where we had to find the secret whisky recipe. While there’s no sense of story during the game, you do very much get the feeling that you’re making progress towards its goal, slowly amassing potential ingredients ready for the endgame. That finale was definitely the strong point of the experience for me. It wasn’t high-adrenaline, but it felt thematic and made good use of some electronic magic to provide a fun ending which I felt gelled well as a way to combine the “escape” from the room with completing the mission of the game.

We escaped in around forty minutes having taken a couple of clues.

John’s Secret most definitely looks the part and, I suspect, has more than fulfilled the sponsor’s aims. First-timers will undoubtedly have a ball here, but the more experienced may get a little frustrated with the in-your-face marketing section and the abundance of annoying red herrings. That said, there’s still plenty of fun to be had.

We went along with the maximum team of six, which was definitely a mistake. There’s barely enough space for that number in the room, and there were several points where I just couldn’t see the clue we were looking at. I’d suggest a maximum of four and probably just three.