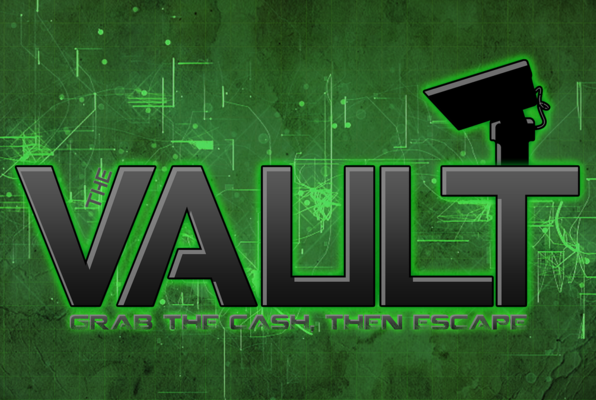 Clue HQ has always had a reputation for games at the harder end of the scale, but The Vault is a little different even by their standards. To my knowledge, only five teams have ever fully completed this room, and I believe the first team to do so was on their fourth visit when they managed to crack it. In case it’s not obvious, this is a heist game where escaping is just one part of the challenge – how much loot you collect along the way is what will determine where you sit on the leaderboard. In particular, there’s a jackpot puzzle that has proved incredibly elusive. Also, in another variation from the standard form of escape rooms, you have the chance to do some research before playing the game that allows you to collect a few more poker chips inside the room and hence climb the leaderboard.

This was our second visit to the Warrington venue, which is tucked in under the railway arches of the Central Station, so we already knew what to expect. There’s easy parking right across the road and a reception area with enough space for the two or three groups that are usually present when we pass through. There’s a group video briefing at the start that explains all about the general Clue HQ rules, followed by a game-specific briefing before you enter the room itself.

You and your friends recently visited a casino owned by The National Bank of Money. Accusations have been made that their machines are fixed to give the house a higher advantage. They stole your money, and you’re going to get it back!

All of the casino’s chips are stored in the vault at The National Bank of Money. Your heist appears to be going smoothly until the security system comes back on! You’ve got 60 minutes to grab as much cash (in casino chips) as you can and escape!

The first three puzzles in The Vault aren’t in the game itself. Strangely, they are available via an associated website, “The National Bank of Money“, which gives you codes that can be used once you enter the room. It’s an interesting idea but, in practice, while I’d solved the puzzles a long time ago, I had totally forgotten to bring the answers on the day, so we ended up having to rush the solutions in the five minutes before we entered the room. I’m torn about whether this is a good addition to the room. As an escape room regular, I didn’t find it particularly engaging but, if it’s your first time, then it’s a nice intro to the idea of escape rooms and helps to get you excited from the moment you book.

Once inside, there were plenty more puzzles on offer although – as is often the case with Clue HQ – there was a preponderance of observational challenges, which I find a little bit frustrating. In particular, the setting of the game meant that there was a fair amount of numbers on show, so teasing out the ones that were important felt a little hit and miss. As an experienced player, I realised I would likely avoid most of them, but first-timers are going to find a lot of numbers they can try in a lot of padlocks, which seems a recipe for frustration…

Away from the observational puzzles, there were some nice mechanics to a few of the solutions, as well as one physical challenge that felt a bit out of place but was still a fun addition to the room. There were also some rapid-fire sections that gave a good sense of forward progress, something which worked well in the context of a game which slows down significantly towards the end. This isn’t the sort of room you should play as a single group. Divide and conquer is the best strategy here, with lots of puzzles on offer at any one point and a constant feeling that you could be searching for the elusive jackpot to take your haul close to the maximum.

Story-wise I was impressed. What I’d taken to be a simple “steal as much as you can” game actually had a little more depth, with some context given as to why the heist wasn’t entirely evil and a few more hints during the game explaining what was going on. There was even occasional humour thrown in.

The finale in the Vault is unusual because you’ll almost certainly be searching the room until the dying moments. In truth, the final puzzle that most teams will solve, possibly twenty minutes before exiting the room, is pretty dull, and I can’t help but feel that this game could do with something a little more exciting and thematic to end the experience.

Of course, the true finale is trying to get every last poker chip and cement your place on the leaderboard. The truth of the matter is that most teams won’t find that jackpot, which leaves them at around the 7.5 million mark . I’m not certain, but I suspect that most teams that manage to escape will collect 6+ million, which means the difference between teams is relatively limited and comes down to searching a bit more thoroughly and remembering to retrieve every last poker chip in each locked box. As that suggests, if you do have spare time in this room, it’s likely to be spent searching rather than solving, which didn’t really suit me. In particular, spending the last fifteen minutes in the room painstakingly searching the space was definitely not the high-adrenaline finish that I’ve come to expect from games!

We stole chips to the value of 7.5 million, which represented all but the bonus puzzle. Along the way we received around five clues.

The Vault is a fun challenge that adds an extra layer to Clue HQ’s usual style of game. If you don’t mind lots of padlocks and a tendency towards observational puzzles, I think you’ll have fun here. The jackpot puzzle is potentially an interesting idea, but my gut feel is that you’d be better off trying to grab the 7.5 million pounds and calling it a day – spending ten to twenty minutes searching a room fruitlessly can somewhat take off the shine.

We played with two people and were done with around fifteen minutes remaining. For experienced teams that want a challenge, two would be perfect but, in general, I’d suggest having a third pair of hands in the room, as another person to share the searching would have been nice.