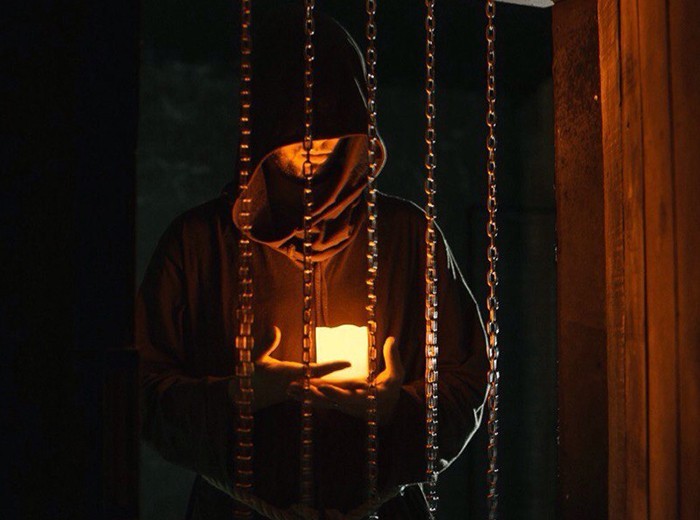 Komnata has a strong reputation worldwide for creating impressive escape rooms. Maze of Hakaina, in New York, won a Golden Lock-In award from Room Escape Artist in 2017, and those certainly aren’t easy to come by. That obviously got me intrigued about the game, but the name itself, St Angelo’s Castle, helped on that front too, harking back to the mysteries contained within Dan Brown’s Angels and Demons. Would this be some sort of Illuminati-laden tale of conspiracy or more of a dungeon escape? As it turned out, very much the latter.

The first thing you should know about the game is that there’s a split start to the experience, in which members of your team will be restrained. You’ll also be led in one by one with hoods on, so expect to feel a little uncertain of yourself when the game begins. The separation and the restraint didn’t last a long time for us but, when combined with low lighting levels, they could easily have resulted in a slow start to the experience, and others may not be quite so lucky!

As it was, we got moving quickly and, aside from a long pause with one of the early challenges because of a slightly tricky input system, we seemed to fly through the puzzles and rarely got stuck. Those opening puzzles didn’t particularly excite me, but they seemed reasonable to get first-time players going. The later puzzles were better, although a couple felt like they required outside knowledge. Specifically, they were things which I think most teams will be fine with but which still grated slightly and almost caused us to head in a different direction because we assumed we must be missing something. The key thing, though, is that the puzzles themselves felt logical, and there was enough variety to keep us interested.

Where the game is in its element is with immersion. It’s a moody environment with a distinct touch of the macabre, which fits well with the dungeon that they’re trying to portray. It’s high quality decoration throughout, with my only complaint being that there were some parts of the dungeon that were relatively bare and uninteresting – it’s a big game, and so there just isn’t a need to make every surface relevant. Talking of which, I loved the feeling of remoteness that this game delivered, which helped to cement the isolation of the dungeon. When they walk you into the space, you know that you’re being dragged quite a long way away from the starting point, and I thoroughly enjoyed the feeling that we were trying to break through several levels of security to regain our freedom. Prison games never feel quite as real when you know you’re only a few feet from freedom.

Another aspect of immersion in the game is the clue system, which turned out to be less of a positive. Komnata certainly deserves kudos for not just using a screen or walkie-talkie and instead taking advantage of the theme to deliver clues in an interesting way. The problem was that they had chosen to use audio, and we struggled to hear on more than one occasion.

While I may not have been a huge fan of the core logic in the final puzzle, I thoroughly approved of the input mechanism and the solution, which very much fitted the story and gave a memorable last action in the room.

St Angelo’s Castle is a pretty game but, in spite of the effort that had clearly gone in, I still felt it lacked something from a visual point of view. The puzzle aspect of the experience was better, but the linearity and relative simplicity of the game means that enthusiasts are likely to escape in a shortish time.

Our team of four escaped in around thirty minutes. It didn’t feel like we were particularly lucky either, so I think most enthusiast teams will get out quickly. That leaves me with a conundrum: it’s linear and fast, so a small team seems ideal, but this is London, which makes it extortionately expensive. I’d probably recommend this game to less experienced players – the new Sherlock Holmes room that they’ve created sounds like it may be the better choice for enthusiasts.