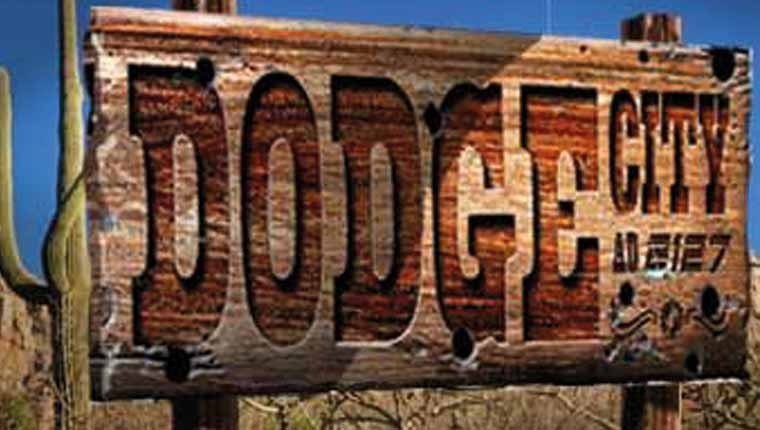 Tulleys Escape Rooms is always a treat to visit. Being located on a farm, they have plenty of space and take full advantage of that to create sprawling games. It’s perhaps a surprise then that the first moments inside Dodge City feel positively crowded. It’s a split-team game, with you needing to break out of jail and reunite the players, which explains that feeling of being hemmed in. Fear not, though: this is still a huge game with plenty to investigate, and that crowded feeling doesn’t last for long.

The exploration inside Dodge is a joy, with a variety of different spaces to discover, all of which are beautifully decorated. In spite of that, one still managed to stand out above the crowd for its representation of a classic Wild West scene that you just wouldn’t expect to see recreated in a game. It’s not just the number of spaces that you explore, either: it’s also the way they’re laid out – you’re sent off in all directions to make you feel like you really are properly exploring the area. One thing that I found odd about the experience is that it’s set in the future but almost no reference is made to that beyond the inclusion of a couple of pieces of electronics that wouldn’t fit in the old Wild West.

Of course, you can have the most beautiful game in the world and still ruin it with bad puzzles but, fortunately, that’s not a problem here. The puzzles made sense and, while there were occasions when we weren’t entirely sure which thing we should be working on next, with a slightly larger team that wasn’t an issue. If I were to be picky, the puzzles didn’t throw up anything that truly surprised, and I’d have liked to see a little more by way of teamwork required, but the truth is that I’m having to stretch to find criticism: these are the best set of puzzles I’ve played at Tulleys, and they were thoroughly enjoyable. That’s not to say we didn’t need a clue or two – we absolutely did and were pleased to find that they were provided inside the game world without breaking immersion.

While there are clear goals to the game in the story – break out of jail, gather your supplies, pull off the heist and escape from Dodge – there are a number of puzzles along the way which require you to collect a set of objects. I found that lent a good feeling of progress to the experience. Each time we got a step closer to completing the set, it ratcheted up the anticipation and excitement, and that very physical measure of progress was particularly satisfying.

The final significant action in the game is a memorable centrepiece which saw the whole team working together to complete a challenge. It’s the kind of teamwork puzzle that I really like and this game deserved. Plenty of space around it, the ability to scale up to include the whole team, and conceptually simple but requiring some level of coordination. It’s not a hard challenge, but it takes long enough to make things interesting and slightly tense without overstaying its welcome. With that done, all that remained was to finish a couple of small puzzles and get the hell out of Dodge.

Dodge City is a great experience that I’d highly recommend. As always with Tulleys’ games, there’s a beautiful, expansive set with plenty of logical puzzles to keep a larger team occupied. Aside from the slightly crowded moments early on and the not-very-relevant futuristic setting of the story, there’s really not much to find flaw with here.

We played as a five and, while occasionally crowded, it was never painful. They’ve found a good balance here in terms of puzzle parallelisation: we never felt overwhelmed, but it was rare for the whole team to be working on a single puzzle. Given that we escaped around the forty-minute mark, this is a game I’d probably recommend for four enthusiasts, but I’m also reasonably confident that, while challenging, you could complete it with just a couple.