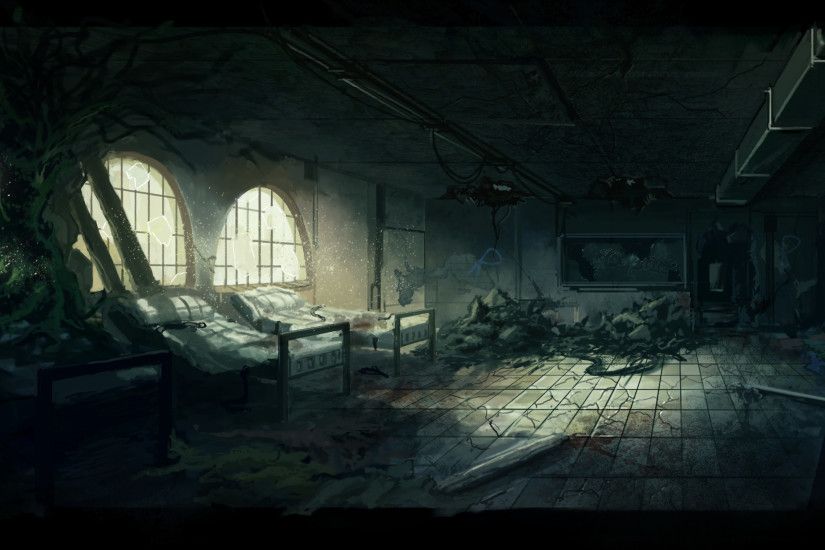 After successfully escaping from Lockhill‘s Lockwood Manor, we had a few minutes to sit in their waiting area and marvel at the effort they’ve made in theming their entire venue. A quick reset later and it was time to head into our second game, Sanatorium, which we’d heard great things about.

Oh, Sanatorium! I have so much to say about this game, but I don’t want to spoil it. First things first: you need to choose your mode between DAY, NIGHT and MIDNIGHT. Or, to make it clearer, puzzles, scares or both, with the final option adding an extra hour to this ninety-minute room! Although I say puzzles or scares, the puzzle option is in fact pretty creepy, and the scare option had a fair number of puzzles, so I don’t think you need to worry about missing out if you only have ninety minutes. The second thing is that, hidden away on their website, is the suggestion that you should bring a spare pair of shoes. And one of our teammates regretted not doing so. It’s not horrendous, but it’s worth the warning!

And so, onto the game! Sanatorium has a beautiful set. There’s an incredible sense of exploration as you make your way around the room, and it seemed like we kept finding new corners of the game to look at. On top of that, they make great use of the space they do have by getting you to revisit it frequently and move around it in different ways. All that comes together to reinforce the immersion, because you’re so preoccupied by the game world that you forget about everything beyond the walls. Even better, there’s plenty of good decoration that helps to sell the foreboding nature of the space you’re exploring.

This may make it creepy, but it’s the actors that make it something between scary and terrifying, depending on your disposition. Actors in a room are nothing new. I’ve played many such games, and I generally find them a bit awkward and often annoying. When used intelligently, though, they can be fantastic. Here, that involves allowing them to arrive unexpectedly so that you’re never quite sure when they’ll appear and using them sparingly so that you don’t find that the whole experience is just a series of jumps. And yes, you will jump, because at some point in this game you’ll be surprised.

What’s really clever about Sanatorium is that the actors are genuinely part of the game. As in you have to interact with them in a particular way. In other rooms with actors, I’ve had to pretend that I’m genuinely scared of them, but here I kind of was because, if things went wrong, it would make our game more difficult. The other thing that’s really clever is that the way you interact with them is a puzzle in itself and, once you work out the solution, it can put you in situations that are even more terrifying than when you first encountered them.

One word of warning: this game does have things that are, at best, risky and, at worst, potentially dangerous. I’m glad I played, and I’d recommend that others play, but there’s a significant risk that you could hurt yourself. While you’re not meant to run at any time, it’s hard to curb a fight-or-flight instinct, and it would be easy to get things wrong.

What about puzzles? Well, even ignoring the fact that this was a scary game, I thought they were good and, importantly, they were all logical. I really liked how they’d laid them out, with a few groups of puzzles that had to be solved when you weren’t under pressure from the denizens of the sanatorium, and then a few more scattered around the game that were a little more exposed.

The one thing that this lacked was a really memorable finale. Perhaps it’s hard to properly excite people who’ve been through a scare experience and have used up their reserves of adrenaline, but I’d have liked to see a surprising reveal followed by a frantic escape.

Sanatorium is a fantastic experience, creepy even in non-scary mode, and potentially terrifying in the scarier version with actors. It’s got good puzzles, a great sense of exploration, “fun” character interactions and amazing theming. Creating a scary game this good is incredibly hard. If you can stand the scares, play in MIDNIGHT mode but, if you don’t think you’re up to it, then be warned that even DAY mode is a little creepy.

Our team of three escaped with twenty-two minutes remaining and no clues. I think that shows that you can play this game with a smallish team but, given the scare elements, I think the number you take is more about how much that will affect you. Three felt quite isolating at times, so four or five may be more appropriate in those circumstances.