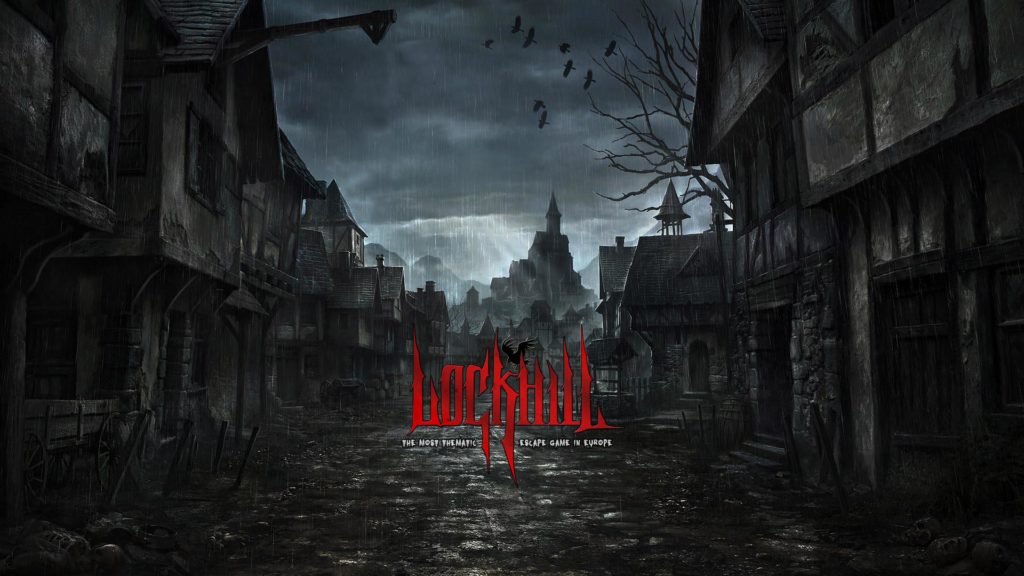 Lockhill is an ambitious company. Creating an escape room is one thing, but they seem to be aiming to create an entire escape village. Well, sort of. The games that they’ve created all form part of Lockhill village, with Lockwood Manor, the Voodoo Shop and the Sanatorium already released, and the House on the Hill and the Chapel & Catacombs still to be built. Looking round the website, they’ve got a map of the town and a local newspaper. It’s absolutely clear that they’re trying to deliver an incredibly immersive experience.

Even more impressively, the venue manages to step up from the website’s already high standard. This game is immersive from the moment you arrive at the door (although worry not: the game doesn’t start until later). The waiting area is about as heavily themed as any I’ve ever seen, and the GM never broke character while we were there. But the question was, would Lockwood Manor games match up?

My first impression of Lockwood Manor was that it was a dilapidated building. This was partly deliberate. I think the intention was to give the impression of a place that was well past its prime. However, more than that, the room felt that it was run down. It’s hard to be sure, but this game felt like it could do with some tender loving care in order to convey a state of being run down without also making you feel like the set might fall apart.

While this isn’t the scarier of the two games we played (not by a long margin), it’s worth mentioning that there are still actors in the game. It’s only very brief forays, but even those may be too much to cope with for some people. Certainly, that would be about as scary as you’re likely to see in other markets. For me, that never really added to the experience, though. They were token appearances, designed to make you jump, but they didn’t feel clever.

The puzzles were reasonable: varied enough to hold our interest but not particularly novel. They mainly made use of the theming in the room, although they were generally very much layered on top of the experience and didn’t help tell the story itself. It’s worth mentioning that there are some bonus puzzles in the game that count towards a meta-challenge if you do all three experiences. We only played two, so we didn’t get to see how that played out (and I’m not sure how it interacts with the new games that they may open in the future). Our sister team had no problem with them, but we struggled, which left us with some unused clues for an extended period which interfered with later puzzles.

Something that really grated with one of the challenges was that, three quarters of the way through the game, you’re given a clue that signposts what the end of the game will be. That would be fine except that there was nothing to stop us just going ahead and doing that straight away. That required a GM intervention (still in character, admittedly) to put us back on the path, which broke the immersion because the arbitrary rule reminded us we were in a game. It’s a shame too because it’s a really neat idea and, if we’d had less time to ponder it before undertaking it, I think it would have made for a really fun and exciting ending.

Lockwood Manor felt like a slightly tired creepy experience. Don’t get me wrong: in another market, this would be a solid room, but Athens just isn’t any old market so, in order to compete, games have to be impressive. It’s a reasonable game but not one I’d visit unless I had a lot of time in the city.

We played as a three and got out with five minutes to spare. We had enough time to do the majority of the room but only one of the bonus puzzles. I think that’s on us, though: enthusiasts can probably get through this room as a three without too much trouble.