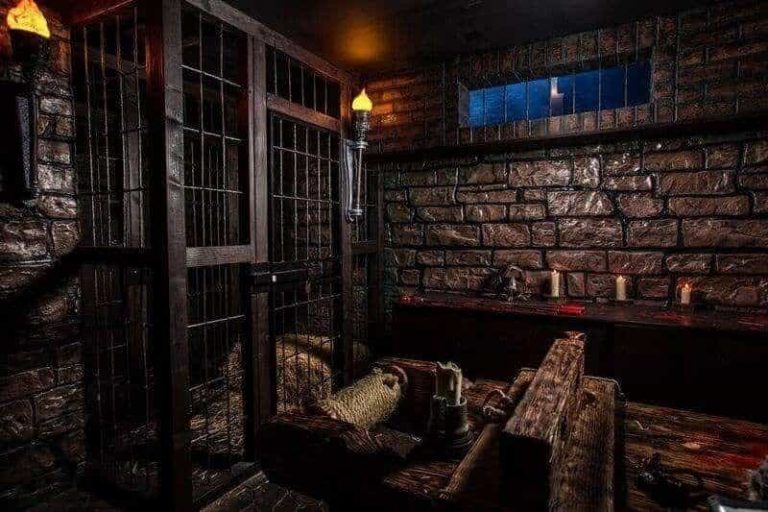 It was still relatively soon after London Escaped had opened, so they offered us a discount to play The Prisoner straight after we came out of Da Vinci. While that hadn’t been a stellar game, it was more than good enough to convince us to jump straight into their second experience. As with their first one, the introduction from the GM was a little lacklustre, and the entrance to the room managed to be even slower. One by one we were led into the game with a surprisingly long delay while the final player waited outside.

As you might imagine given we entered separately, The Prisoner is a split-start room, although the separation shouldn’t last very long for most teams. Having said that, the nature of split starts means that you’re reliant on whoever has the critical clue realising it and, in this game more than most, there’s a good chance they won’t. It took us a surprising amount of time (and a hint) to make headway. While the solution was cool and unusual, that frustration wasn’t the best way to start the room, and I really wish they’d reordered the puzzles to give us a bit more momentum before reaching it.

At the start of the game, we’d been given the briefest hint of story that seemed like it might be expanded upon during the experience. At times, there are references that suggest this may be more than an escape from the dungeon, but there’s no more in the room, and it was only when I read the website afterwards that I understood the context in which we were trapped. The story may be lacking but, as with Da Vinci, the set isn’t. Particularly at the start, they’ve built a great-looking space within which to house their challenges and, while the latter stages of the room felt a little less well decorated, it was, overall, a pleasing space to explore.

The challenges in the game were a bit more hit-and-miss, with us thoroughly enjoying a couple of them but finding some disappointing. On the positive side, there were several thematic puzzles that really took advantage of what was in the space, and they had managed to avoid shoehorning in mathsy puzzles. On the negative side, one of the searches felt like it went past tricky and into the realms of unfair, while a puzzle near the end was poorly constructed (or already showing signs of wear) such that it was hard to know what they really wanted us to do. The mechanics of the room were another source of disappointment. Early on in the experience, we found a key that fitted two locks, which caused us to access a part of the game early and led to confusion. Later, in addition to that poorly constructed puzzle, all three of us tried and failed to open a door that was purportedly unlocked. It was only on asking for a clue that we went back and tried a fourth (fifth? sixth?) time and managed to open it using a bit of force.

Those frustrating moments, alongside a GM who either didn’t want to give us help or wasn’t paying attention, left us getting increasingly frustrated during the experience. We’d asked for help a few times before it finally came and had long since run out of options by the time we got our final clue. When we eventually escaped the prison, it was with relief rather than excitement.

As with their previous game, the Prisoner never really reached its potential. Frustrating puzzles, compounded by disappointing GMing, robbed us of some of the excitement that we should have experienced from the cooler parts of the room. If you can cope with some weak puzzles and get lucky with the GMing, then I can see you having a good game here but, based on our experience, I wouldn’t recommend a visit unless you’re running out of London rooms.

We escaped with around a minute to spare having taken three clues. That may sound very tight for time, but we’d been stuck on the final puzzle for probably fifteen minutes, so I think a team of three would generally be fine. Due to the layout of the room, you can’t realistically play with a smaller team.