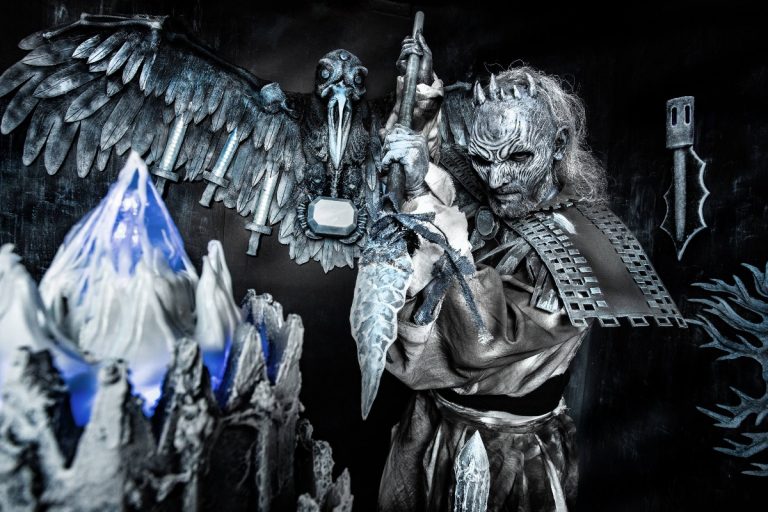 Not long after we’d played their first couple of games, we found ourselves heading back down the long ramp to London Escaped‘s rapidly growing gaming hub. Where previously we’d found just a couple of games and a huge empty space, now they’d fitted in a couple more experiences and were well on their way to adding a fifth and sixth.

White Walker is an odd room, in that you can walk around it before you go inside. Some of the excitement of escape games is the joy of discovering the space, and part of that is taken away when you know in advance exactly how big something is. This is one of the design company Indestroom’s “cube games”, a semi-portable escape room that’s designed to be quickly set up and torn down for conferences and pop-ups although, as far as I’m aware, it’s a permanent addition here.

Two things hit you as soon as you walk through the door. Firstly, the full space is used up, so you’re not going to be unlocking anything significant during the game. Secondly, they’ve packed plenty into the room, with wall-to-ceiling decoration and props adorning just about every spare surface. People often ask me how much space you need in an escape room, and this game is a great answer. You can fit a huge amount of very pretty and interactive content into a small room.

It’s an almost entirely linear game that sees you bouncing around the room from challenge to challenge. and they’ve engineered it such that you never really feel crowded. Granted, there were moments when all three of us were huddled round a single prop and vying for access, but most of the time that wasn’t an issue.

The quality of the puzzles varied hugely. At times, they were very accessible and encouraged us to play with the space, slowly working out the purpose of what we were doing. When that happened, it was a really enjoyable experience that pulled our team into fun puzzle-solving challenges. Sometimes it was more frustrating with very little signposting of what you were meant to do or where to start. Finally, some of the challenges were almost too easy, with us taking only a few seconds from accessing them to reaching the next stage (although we did massively over-complicate the easiest puzzle in the room!).

Throughout this game, you’re pretty clear on what the finale should be, so there’s a great sense of anticipation and a moment of cool theatre to wrap up the experience. The big problem, though, is that it came after 17 minutes*. Given that we had been stuck on a couple of puzzles that felt like they required logic leaps and had massively over-complicated a third, I have to say that there just wasn’t nearly enough content in this game for a full hour. It felt like it was a 45-minute experience at most, and even that was charitable.

There’s no two ways about it: this game just doesn’t have enough content for enthusiasts. What it does have is a pretty set that is crammed full of puzzles and a fun finale. If you’re not going to feel cheated when you escape in under thirty minutes, I’d say this is a decent experience. A couple of the puzzles may have been weak, but overall we had plenty of fun and enjoyed the physicality of the space.

We played as a three, which I think is the minimum bookable, but you could certainly play as a two (or even solo if that’s what you want!).

*the GM wasn’t around when we finished, so officially it was 22 or 23 minutes but, after previous bad experiences, we’d decided to set a stopwatch.