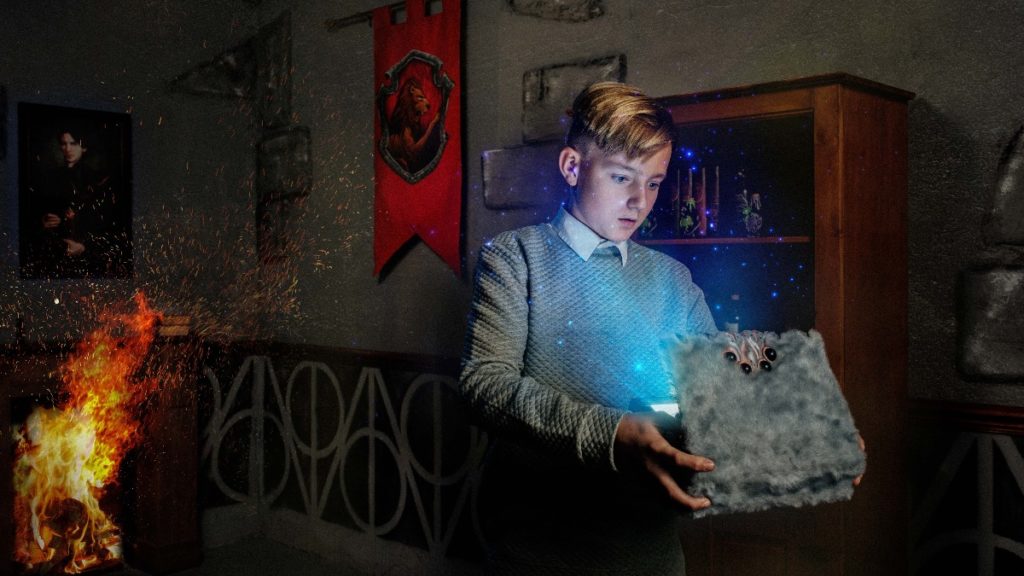 Game number four at London Escaped was their most recent addition at the time of playing, and I was excited to see what they’d done in their not-a-Harry-Potter escape room.  I was pleased to see while we were waiting that the wall outside the space is adorned with magic school rules to give some on-theme context for a few of the escape room rules while also getting the immersion started a little early.

Of the four games we played at London Escaped, this was by far the worst. There was plenty that was wrong with it but, at the same time, it also fell a little victim to its own high standards. For example, there were some high-quality props which accentuated that much of the space was fairly empty. The other games had created a space that felt coherent, but this felt a lot more generic – a relatively blank canvas with props scattered around to convey the theme.

It’s a tough game to get started on, with a few different challenges to overcome. That wasn’t helped by temperamental tech that hit us throughout the game. One lock came open earlier than it should have, while another wouldn’t budge in spite of us doing the right thing, so we lost trust in what we were playing almost before we’d begun. Next up was a puzzle that seemed utterly arbitrary to us: it required outside-the-room knowledge and, even then, a somewhat arbitrary application of it.

At this point we were utterly stuck, so we asked for a clue. Nothing. Silence. We asked again. And again. One of my teammates gave up and sat down. None of us were having fun. And we waited. Aimlessly. Eventually, on our fourth or fifth request, having waited bored for close to ten minutes, we got some “help”. And it made no sense. There was something that absolutely *did* make sense but which was impossible to do with the props we had. My guess is that they’d originally had the necessary props in place but for some reason had decided to remove one of them. As they’d said before the experience, “some of this game is meant to be confusing”. Well, they nailed that…

The remainder of the room was a little better, but we hit problems, yet again, with a cupboard that got stuck instead of opening cleanly, a puzzle that had been removed half-heartedly and another whose correct solution felt pretty dubious. When we finally made our escape, we were relieved. It’s probably for the best that the GM wasn’t waiting outside. In fact, it was another couple of minutes before he turned up, unaware that we’d even completed the room…

This was a very disappointing game, with puzzles that we rarely seemed to enjoy, plenty of confusion and decoration that wasn’t as impressive as some of their other games. I doubt many enthusiasts will enjoy their time in this room.