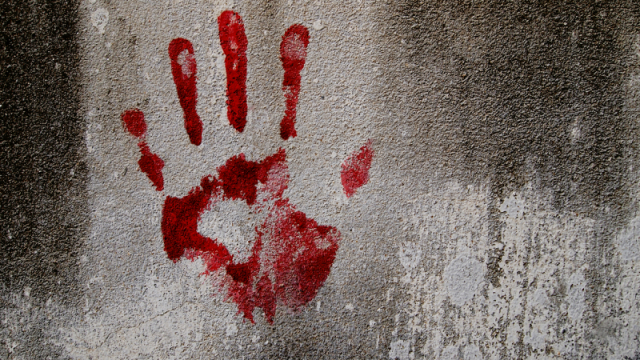 Lucardo Rawtenstall is an interesting company. It’s obviously part of the well known Manchester brand, but it’s been set up by a couple of enthusiasts, so they’ve plenty of experience of what works and what doesn’t. Its location is also unusual: in a small town in Lancashire where, judging by the population, I assume they’ll be at least partly reliant on tourism to fill the spaces.

And the venue itself is interesting: a well presented stone-fronted building rather than the more typical industrial estate, office building or basement. Once inside, though, it’s fairly normal: a reception with comfy waiting area and a GM space looking on. After a quick intro to the venue and an explanation of the rules, it was right on to the game.

You are a bunch of cops working on an operation to bust a notorious criminal gang known for car theft, robbery, kidnap and murder. Police headquarters have been tipped off about a hideout and will conduct a raid in 60 minutes’ time. The only problem? You’ve been corrupted and are working with the gang. You’ll need to sabotage the hideout, dispose of incriminating evidence and plant clues to lead your colleagues in another direction. Can you stay one step ahead of the law and escape without a prison sentence?

Good companies begin the immersion before you even enter the room and, on that front, Lucardo have nailed it. By the time we had entered the game proper, we were well and truly immersed in the story and knew exactly what we were doing. Once inside, though, I was thrown slightly off-balance. This game is decorated in an unusual manner, with a space that looks (deliberately) a bit rough. As the game continued, that feeling of being run down continued, although in an enjoyable way that still managed to provide a contrast with the opening.

It isn’t a room packed with beautiful props either, instead relying on the interesting layout combined with an intriguing centrepiece to engage the players. And that prop is impressive-looking, inviting you to explore and interact with it. In reality, though, it was all about the looks, and I found the interaction with it to be a little disappointing. What felt like it should form an integral part of the game actually became somewhat ancillary, and its most memorable use was actually one of the weaker puzzles.

Fortunately, the vast majority of the puzzles were positive additions to the game, and you could see the enthusiasts’ hands at work to finesse much of what was on offer. A physical team challenge early on was one of the better executed versions of this type of puzzle I’d seen, requiring a decent level of cooperation but also a little thought about how to approach it. Another physical challenge later in the game made great use of the layout of the building and managed to strike a good balance between luck and skill. They’d even managed to make the search aspect of the experience enjoyable, with a search for some chunky items feeling more like a puzzle than like a frustrating ransacking of the space.

One thing that surprised me was the prevalence of padlocks throughout the game. It’s relatively rare to see new rooms shy away from electronics, but this game almost reveled in avoiding technology. Yes, there were two or three things in the room that used tech, but those were definitely the exceptions. And you know what? It worked. Padlocks aren’t evil and don’t have to hurt gameplay. This game is a prime example of how you can use them without causing frustration.

I loved how this game started, and I loved how it ended. So many games set you the target of retrieving a piece of evidence and then placing it on a particular spot to unlock the final door by “magic”. Here they turned the whole of that concept upside down by making you search for evidence that would incriminate you. I loved that subtle distinction which gave a different feel to the game – for once, we were the bad guys. The other thing I liked was that we didn’t then have to put the evidence in a particular location to escape – we had to carry it out with us. Not only did that mean they didn’t need extra electronics in the game but, more importantly, it felt far more consistent with the story and so a more exciting ending to the experience.

We escaped in around 45 minutes having received a single clue (I think). Clues come via text messages that fit well within the game’s story.

Corruption is a refreshing game. The start, the decoration, the transitions and the storyline are all original. It shows that thoroughly enjoyable games can still rely heavily on padlocks. The puzzles are reasonable, there are a couple of good physical challenges, and they manage to pull off that rarity in an escape room: an enjoyable search.

We were a team of three experienced players and found the room about the right level. I think this would be a great challenge for enthusiast pairs, but I wouldn’t worry about taking four along, since there’s a decent amount of parallelisation in the heart of the room.