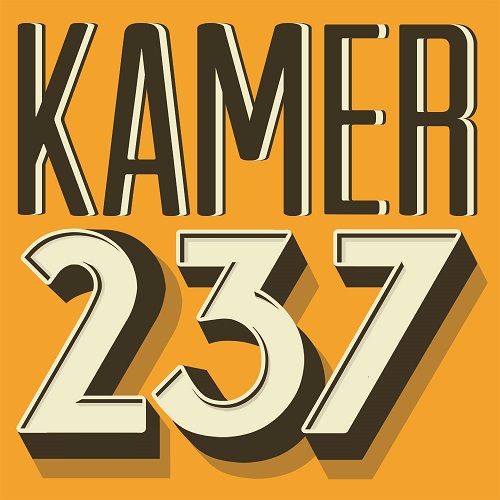 I started hearing great things about Kamer 237 when I attended Up the Game in 2017, and it’s been firmly on my to-do list ever since. It’s a strange venue, set in a sleepy residential area where you really wouldn’t expect to find an escape room, and it’s not much to look at from the outside.

From the outside, maybe, but as soon as you walk in the door, you’re immersed. Impressively, they managed to keep the experience firmly in the game world while still allowing you to relax before starting. It’s a small detail, but rooms which have in-character introductions sometimes  feel a bit like they’re throwing you into the game immediately even though you might prefer a few moments’ break after your journey. This provided a smooth and relaxed ramp-up to entering the room.

Once you’re ready, the immersion levels really do rocket, with the GM introducing you to the hotel beautifully and then a clever transition that takes you into the game proper. Not only is it well executed on the macro scale: they’ve excelled even in the detail. That continues on into the room. In fact, it’s a beautiful space throughout the experience. It isn’t a scary room (although you’d be forgiven for thinking at one point that it will be), so it’s generally a very pleasant place to spend time in – albeit with a creepy overarching story.

It’s a seemingly huge game that makes you feel like you’re constantly exploring – even more than should be possible given the already sizeable footprint of the room. It feels like the sort of experience you could only create in a small town where property is far cheaper. Even then, I think you probably have to be doing this for the love of it to be quite so inefficient with the use of space. On one occasion there’s an entire room that’s been created for the sake of a couple of clues and scene-setting. The net result of that is an incredible sense of exploration. It’s hard to explain just how impressive Kamer 237 is on that front without giving spoilers away but, whenever I thought we must have seen it all, there always seemed to be just one more thing.

There’s a brilliant central puzzle to this game which, in spite of the great immersion, exploration and decoration, still manages to steal the show. Having said that, it was in its puzzles where this game was weakest. We frequently found them unsatisfying either because they were confusing or, more often, because they were trivially easy. One instance may have been caused by a language barrier, but most weren’t. Too often, puzzles were simple counting tasks that required little brain power and, on one occasion, it was even simpler than that. When they weren’t, we sometimes found ourselves scratching our heads about what to do next.

Fortunately, the main character’s diary provides a “runbook” which you can (and, at times, need to) use to guide you through the experience. Personally, I found that a nice addition – by reading along as the game progressed, you start to get a feel for the story that underlies the game and develop, if not sympathy for, then at least some understanding of, the main character. The association between this and the individual puzzles meant we got bite-size chunks of narrative, which was a palatable way to absorb the information.

The finale of this game let it down. It was mostly observational, involved searching a room, and had clues that felt a bit tacky. To compound that, you had to remember what you’d found without using pen and paper (who can blame them, with such a pretty set!), which made the process slightly more painful. Fortunately, the final step in the game picked us back up and let us leave on a high. It was a clever and dramatic exit into another pretty space that, while still on theme, made it clear that the game had ended.

That’s all on Kamer 237 – want to read more about other local games? A link will be added here when the summary article is published at the end.