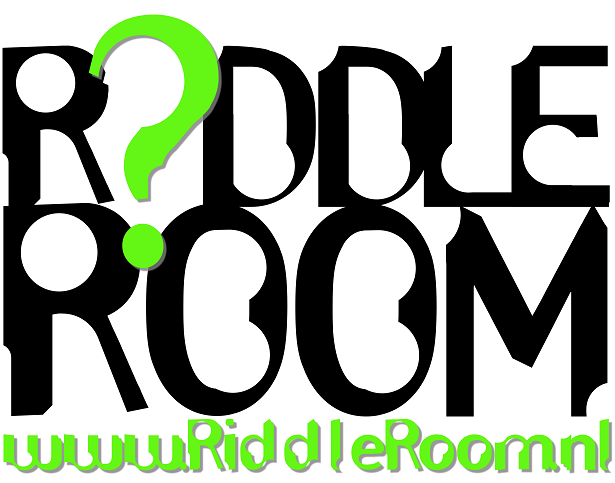 A short distance from the town of Best, Riddle Room has an unusual setting. It’s in the middle of an area that’s somewhere between an entertainment zone and a nature reserve, with big buildings dotted around a forest. It’s worth taking a good look at the map before heading in because, if you’re not careful, it’s easy to end up parking a fair distance further than you need to be.

That setting really lends an air of tranquillity to the space and provides a nice break between the real world and the game world, which in turn makes it far easier to create the immersion they’re aiming for. That’s particularly true for the Mystic Cabin story, which is a very natural fit with the area.

Conductor was by far my preferred room, with a beautiful set, a good collection of puzzles and a sense of exploration and story that I found rewarding. The Mystic Cabin never reached that height, despite a decent set, because of some lacklustre puzzles and a final challenge that seemed ridiculously hard in English. I wouldn’t drag enthusiasts across to either of these games but, if you’re in the area, Conductor is well worth a visit.

As I said above, this is a perfect location for the Mystic Cabin, with the theme being a very natural fit. It’s more than that, though: it’s a hunting cabin and, if you’re not comfortable with stuffed animals and (fake) weapons in the game, then you should steer clear. It’s an impressive start, taking you into the spacious interior of a forest hideaway. I was particularly impressed at how they’d made use of the high ceiling to carry the theme. As the game progressed, they’d kept up that high-quality set and added a decent sense of discovery with interesting and fun reveals.

It’s a good job that it’s a pretty game, because we were very quickly into search mode, and the fact that it was an interesting space made that a lot more palatable. That said, it’s a heavy search and, with multiple sets of things to collect and no indication of when you’ve completed each set, it was a little bit frustrating. Some props weren’t findable until you’d completed a few challenges, and we found ourselves trying to make sense of a half-complete puzzle.

That was a common theme in the game, where we effectively had to find a set of items and then work out how to use them. That idea works fine, but I prefer puzzles in a game to be as distinct from each other as possible and for it to be clear when they’re solvable. In fact, there’s a great example where they’ve done just that and, in the process, provided players with a physical, slightly trial-and-error-style puzzle that integrates very naturally into the room.

As ever with escape rooms, the final puzzle is critical to how you feel about the game, and this finish was truly, truly terrible from my point of view. I should say here that we were playing in English but the game was designed in Dutch, so it may have lost a little in translation, but I’m pretty confident it was still weak in spite of that. Firstly, it was a maths puzzle, which is never an exciting end to the room. Secondly, you had to make a leap about what things were equivalent in the room in a way that really wasn’t natural and left us uncomfortable. Third – and the real killer – was that there was an incredibly tenuous link which meant our finish time was pretty much determined by how quickly we gave up and asked our GM for help. I don’t think we’d ever have solved this puzzle alone. The last memory of a room should be of adrenaline and excitement. And definitely not relief.

The Conductor is another beautiful set with high ceilings that, impressively, managed to meet the critical eye of all four players. I say “impressively” because we all live in London and this was a game set in the UK. In fact, I wouldn’t have batted an eyelid if I’d found it on this side of the North Sea. I liked the story in this room, which was about a conductor who’d been skimming items off the lost property, a narrative that made brief appearances throughout the game. In some ways, the story is an excuse – I’m pretty sure the central point of this set is to recreate a train station, which it achieves admirably.

In contrast to the first game, I found the puzzles here really engaging. They were well structured, with some opening linearity to engage the team as a unit quickly giving way to a more parallel section that allowed each of us to go off and do our own thing. And the puzzles were good, with a variety of challenges. Even when it came to searching – which again formed a significant part of the experience – they’d upped their game. There were multiple searches where it was obvious when you’d completed the search side of the task and, even better, where you could afford to miss one or two items.

Another aspect I liked were the physical interactions in the game. One in particular may not have entirely made sense in the game, but it had been decorated to fit in well and was a huge amount of fun. Other puzzles made very clear use of the storyline, and even those that only paid lip service had been visually integrated.

Another nice touch was the way in which multiple puzzles came together to provide a solution for what was a kind of meta-puzzle. Even better, they’d chosen to avoid using a padlock at that point and had instead come up with a more innovative – albeit equivalent – solution.

The finale came all too quickly and was perhaps the disappointing moment in the experience. There was a final reveal which deserved to be literally the last thing in the whole game. Instead, it appeared just a little too early, which was exciting but meant that the escape from the game became almost an anticlimax.

That’s all on Riddle Room – want to read more about other local games? A link will be added here when the summary article is published at the end.