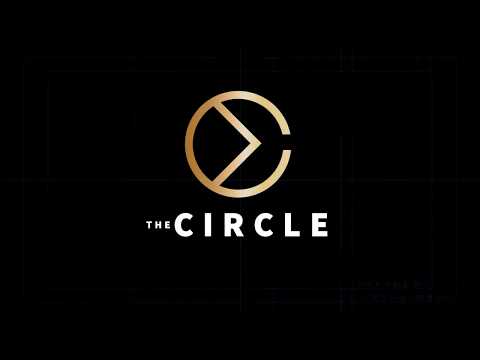 The Circle is another of those companies that combine a café/bar with an escape room venue. The upshot is an impressive waiting area which is not just comfortable but actively enjoyable to wait in. Judging by their games and venue, I think they’re aiming towards the higher end of the market, with pretty sets and the use of tech to create a wow factor.

The games are certainly interesting. Source Code felt like an epic adventure with an expansive set and thematically strong elements but with significant problems on the puzzle side. Submarine, on the other hand, aimed a little lower but still didn’t do itself justice from a puzzle perspective. If you’re an enthusiast going past the area, I think Source Code is worth a look at in spite of the frailties and, while you’re there, you might as well play Submarine.

There’s a fun intro to this game where they give you a USB stick that you’ll need during the experience. It’s a nice touch that gives you something tangible before the game begins and starts to get you into the hacker mindset. The intro was well presented, but the transition to the game was stunning – maybe not worth the effort and money they must have put into it but welcome nonetheless.

First impressions in the room itself aren’t quite as good, but this is a game that builds. They’ve got plenty of space, and they’ve used it to good effect to take you on a fairly lengthy journey through the story. It felt almost like a storyboard, with each room being not just a separate set of puzzles but a scene within the adventure. Each had its own character and helped to make this clandestine narrative feel a little more real.

As you progress in the game, there’s a repeated mechanic that helps to reinforce the hacker theme, although it did start to get a little old towards the end. It’s not just in those challenges that the underlying theme is evident, though: there are several other puzzles where they’ve integrated the challenges well with the story, including one which I found particularly original and funny.

While it’s not a split-game room, there are times where you’ll need to split up and communicate. That was generally an enjoyable addition, but at times they made it a little too painful, particularly because it wasn’t always clear whether the whole team should be together or not. That left one person feeling relatively isolated – and, with the puzzle flow being generally linear, it meant they didn’t have anything else to do.

While the layout of the game and the story we were following both lent themselves to a flowing experience, the puzzles felt like they didn’t play their part. They weren’t as well signposted as I’d have liked which, in a linear experience, was particularly problematic. What really broke up our flow, though, was a fairly fundamental fault halfway through the game that required a reboot of the room and a subsequent long wait while the software got itself back together.

Perhaps that threw us off our game but, when we continued, it seemed like there was a series of challenges that didn’t make much sense. One failure was definitely on us, but the others felt like weak puzzles – poor translation in one case, a logical leap in another, and a third which was packed with ambiguity.

The finale to the game was a welcome pick-me-up and, while it wasn’t quite as good an implementation as we’d seen in another game during our trip, it was still a thematic and thrilling ending to the experience.

After the exciting start to Source Code, it was back to a more normal affair. Well, still quite a pretty briefing area, just not as stunning as the previous one. First impressions inside the game itself were reasonable. It’s not an amazing set, but it more than does the job. It doesn’t feel as enclosed and warren-like as I would like in a submarine game, but it carries enough of an industrial shipping feeling to retain the immersion. That’s cemented during the game by a few interactions with larger-scale props. The one real negative was the use of padlocks: not only did it not feel natural in a submarine environment but it was doubly disappointing because they demonstrated elsewhere that they could work happily with electronics. There really was no need to make that compromise.

I wasn’t excited by the puzzles in Submarine. I didn’t think they were desperately unfair, but I felt they lacked the quality the rest of the room deserved. Early on they were a little more basic than they needed to be – it’s good to have one simple puzzle to let people find their feet, but there were a couple too many for my liking. After that was a stream of fairly solid puzzles till a couple near the end frustrated me. One felt very much like it was from the computer game “Keep Talking and Nobody Explodes”, except that there was excessive ambiguity in the instructions. It’s hard enough having a puzzle that’s deliberately trying to confuse you without also adding in ambiguity.

Straight after that, we were into the finale puzzle, which I felt was a little too repetitive. Again, there was some ambiguity in it which added to our feelings of frustration. It’s a shame, because the core of each of those puzzles was pretty solid and, while they felt a little tedious to me, I suspect that, had they removed the ambiguity, I wouldn’t particularly have noticed that they were drawn out. Once you’ve spotted one flaw in something, you tend to notice any others which appear.

That was a shame, because some of those middle puzzles were fun, with my favourite being a large-scale physical challenge that, while not particularly difficult, was a satisfying challenge to be involved in. Ultimately, though, there wasn’t enough in the room that truly excited me, and those final frustrating puzzles meant we left on a relative low.

That’s all on The Circle – want to read more about other local games? A link will be added here when the summary article is published at the end.