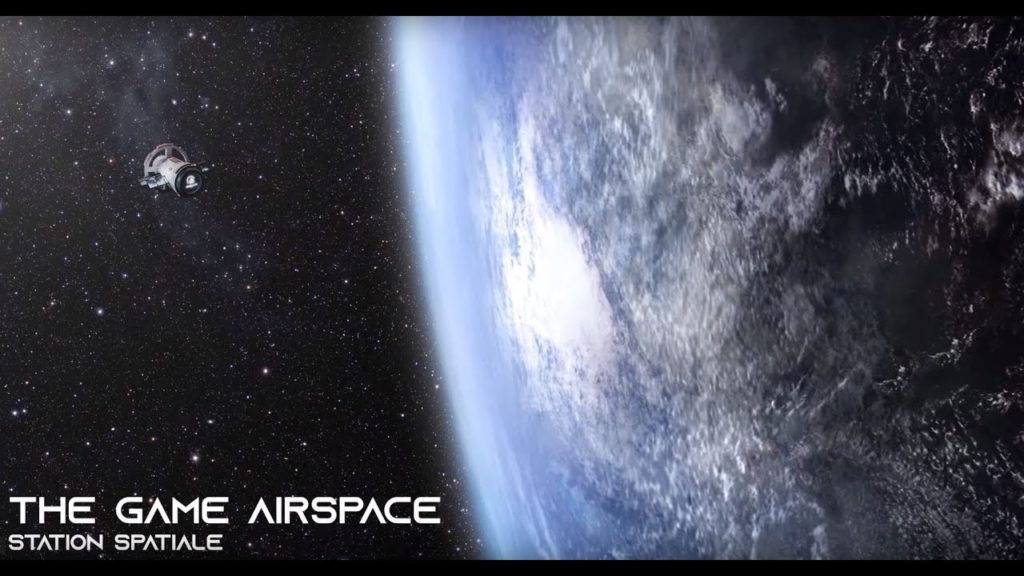 The Game probably has the reputation of being the best venue in Paris, with two of their recent offerings, The Metro and The Plane, regularly coming up on the enthusiast lists as the best experiences in the city. Our trip had been fortuitously timed to fall just after the opening of their most recent game, Space Mission, and we’d managed to grab a booking before the weekend bookings were all snapped up. You’ll need to book at least a couple of months in advance to get a weekend slot at any of those three games, with tickets for The Plane selling out almost as soon as they go on sale.

I’ve complained in the past about how The Game has two-hour slots because booking back-to-back rooms involves hanging around. This time around it worked in our favour. Due to several public transport problems, we turned up twenty minutes late and expected them to be grumpy. So often, companies give you a hard time when that sort of thing happens, and I realise why, but here they were really understanding and helpful. They even offered us a coffee on arrival in spite of our tardiness!

The briefing for Space Mission takes place inside the game itself, but it’s cleverly implemented such that you’re unlikely to be exposed to any spoilers during it. During that briefing, you find out that the game starts with your team boarding two rockets to head to the space station so, straight after the intro, part of your team will be taken over to the other rocket ready for lift-off…

Space Mission is a beautiful game. It’s got the futuristic space station feel that you’d expect from this venue, with clean lines and smooth finishes. It may start off with a relatively basic look, but this improves as the game progresses and, aside from one or two minor details, it always felt very high end. Add to that a few pretty centrepieces to give players some focus, and it’s hard not to enjoy the visual side of the room.

It’s a good thing that it looks pretty, because you can expect to spend a fair amount of your time searching. While nothing here felt like an unfair find, there were several that were definitely on the tough side. We asked for multiple clues, and they were all, I think, for search fails. It doesn’t feel like a space where you could easily squirrel items away, but they’ve managed to do it nonetheless.

There are plenty of puzzles to keep you occupied, so don’t think that you’ll get away with not exercising your brain. I particularly enjoyed a fun communication challenge early in the experience that allows the whole team to get involved and will engage enthusiasts and beginners alike. While they’ve not always succeeded, they’ve tried hard to create puzzles that fit within the storyline. There are a few places where you can really see the real-world action they’re trying to convey with the puzzle you’re solving. Another favourite falls into that category, with a puzzle that’s central to the whole mission really feeling like a natural step towards your ultimate goal.

There’s a standout theatrical moment which is one of the more impressive effects I’ve ever seen in an escape room. As well as being cool in its own right, it also helps to create emotions that embed the immersion started by the set design.

It wasn’t all perfect, though: a couple of puzzles felt weak compared to the rest of the experience. One was an important decision point in the game which could have a profound effect on your experience. Unfortunately, the timing of that puzzle is such that it’s easy to miss, and a lack of signposting meant that we went straight past it, totally oblivious to what we were meant to do. As it happened, it didn’t affect us, but it did leave us feeling a bit flat at the end when we found out how lucky we’d been.

The other issue was with the final big puzzle. It felt surprisingly temperamental compared to everything else I’ve experienced at the same venue. It took us a few iterations to work out what we were meant to do (in part because of that temperamental nature) and, when we did work it out, it then took a very long time to get it to work fully. Even ignoring that, it felt a weak puzzle to end the game. There was less justification for why we had to do it, and the way they’d signposted it broke immersion a little across the game.

Fortunately, there’s a finale section that comes after that final puzzle and so, by the time we escaped, we’d left any frustration behind us and experienced the elation of safe and successful escape from the mission.

Space Mission is a beautiful game, with moments of theatre and puzzles that are really embedded in the theme. Yes, there were a couple of rough edges, and the searching felt a little too tough, but that didn’t stop me from thoroughly enjoying my experience.

Our team of two took around six clues and escaped with five minutes remaining. That seemed like a perfectly sensible number, although four would have been fine too. Note that there are two puzzles in this game which are, at the very least, problematic for two-player teams.