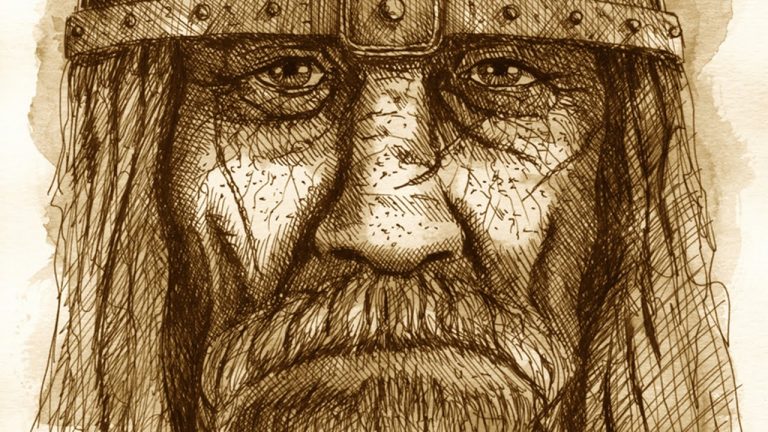 The team behind Extremescape has long had a reputation for creating beautiful games which deliver theatre inside the room. We’d thoroughly enjoyed both their previous experiences and were excited about playing Viking so, as soon as we could get the logistics in place, we headed over. It’ll never cease to amaze me how stunning their location is, nestled on the side of a valley with a view that I can’t imagine any other escape room in the UK can rival.

You’re welcomed into Viking with some introductory audio that delivers the story of the game from inside the room itself. I prefer not to be in the room when I get my briefing, but they’ve handled it well here, giving you a place to sit and dimming the lights to focus your mind on the words hanging in the air. It’s well-produced audio and a far better way to transport you into the story than any GM is likely to manage. That audio interaction continues throughout the room, with both clues and critical moments of the experience being delivered over the speakers.

As the lights come up, you’re greeted with a beautifully created space. Granted, it’s not as big as their previous games, but they’ve used the space efficiently so that there’s just as much to explore and investigate as with their other experiences. Everything about this space feels right to the point that they’ve even hidden away the timing screen behind a wooden board so that it doesn’t affect the immersion. Talking to the owners afterwards, it became apparent just how far they’ve gone to ensure the historical accuracy of the room, including creating replica hinges and locks with the technologies available to the Vikings. There’s something about the tactile nature of the room packed with iron and wood that makes the game come alive.

The experience is set around the mission of retrieving Thor’s hammer and, while that goal doesn’t change, there’s a feeling of progress in the story via the audio and the actions within the room. As ever with Extremescape games, there’s a real sense of theatre to proceedings. Expect to see beautifully smooth mechanisms when you solve puzzles that will at times excite and amaze you. On that subject, they’ve moved away entirely from modern padlocks, with things opening by magic from behind the scenes or making use of traditional keyed padlocks in keeping with the theme. Immersion really is a big deal here.

I thoroughly enjoyed the puzzles on offer, which were about as varied as you’re likely to see in a game. It’s worth mentioning that there’s a skill challenge for players to overcome. We got past it with relative ease, but it’s horses for courses – I can imagine some people finding it frustrating.

Pretty much everything in this game has a purpose and so, while there was plenty to investigate, we never got the feeling that we were having to sort through red herrings. We struggled most during the opening stages, but I think that was more about how we approached it than a flaw in the gameplay. A couple of times, we felt there was a slight shortage of signposting but, on both occasions, once we knew the answer, it felt like there was probably just enough there to point us in the right direction. I certainly don’t think you’ll be frustrated by any of the puzzles or feel they lack logic.

As you’d expect, there’s an exciting finish to the room, with a chunky puzzle, a fun interaction, good use of audio to tell you what’s happened and then some cool theatre to finish the game. We actually missed part of that final piece of theatre but, when we noticed the end result, I was seriously impressed by what they’d pulled off and disappointed that I hadn’t spotted it during the end sequence.

The team behind Extremescape have done it again, delivering a beautiful set with engaging puzzles and fantastic moments of theatre. I was a little worried that they’d struggle to improve on their previous two games, but they absolutely have – coming up with plenty of new ideas to keep their loyal customers happy and putting even more polish into the experience.

Our team of two escaped with fifteen of the seventy-five minutes remaining, having taken a handful of clues. The game has a maximum occupancy of six, but I’d suggest enthusiasts should stick to no more than four.

We headed over to Marple and ate at Angkor Soul, an absolutely fantastic Cambodian restaurant which I’d highly recommend if you’re in the area.